Biden Is about to commit an impeachable offense, Republicans must respond with fury | Eastern North Carolina Now | Buying votes with our money...Will cancel student loans up to 10K

Biden Is about to commit an impeachable offense, Republicans must respond with fury 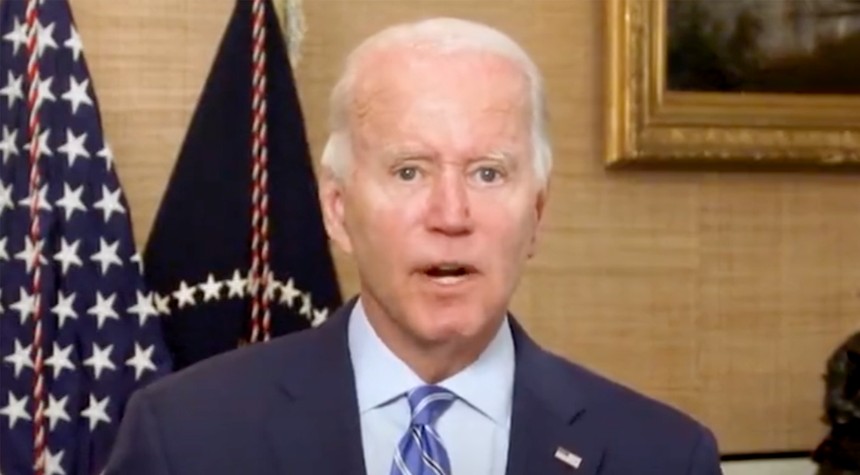 As my colleague Brandon Morse reported, President Joe Biden is about to blatantly break the law to “cancel” thousands of dollars of student loan debt accrued by some of the most privileged members of society. Of course, nothing will actually be canceled. Instead, because the government will simply be out that money, the burden of those debts will be transferred from those who accrued them to hundreds of millions of taxpayers who didn’t.

The White House will announce on Wednesday the cancellation of up to $10,000 in student loan debt for for borrowers who make less than $125,000, a source familiar with the plans confirms to CNN https://t.co/rhtbhEefrI

It’s a disgusting, immoral move to tell a janitor making $40,000 a year that he must now foot the bill for college-educated Americans with far brighter employment prospects while receiving absolutely nothing in return. Past that, there are the overall economic concerns. What do you think is going to happen to inflation if millions of people are suddenly relieved of $10,000 in debt for no other reason than it existing?

But as I said in the first sentence of this article, the biggest issue here is that what Biden is set to do is illegal. There is no federal provision that allows him to “forgive” student loan debt on the backs of taxpayers via the stroke of his pen. Nancy Pelosi is on record saying Biden doesn’t have that power. The Department of Education has said Biden doesn’t have that power. For the president to still attempt this move wouldn’t just be a pushing of the envelope. Rather, it would be a conscious, deliberate decision to commit an impeachable offense.

The million-dollar question then becomes what Republicans are going to do about it. Crying on social media is not enough. The coming Republican House (and possibly, Senate) must move to hold Biden accountable. That should come in the form of making the treasury account for the “canceled” debt and burning the university system to the ground via taxes and investigations. The GOP can’t stop there, though. They must impeach Joe Biden.

For too long, too many on the right have been too squeamish to talk about impeachment unless it’s regarding Donald Trump. The moral perversion of Washington is that they’ll impeach a president over hinting at what would have been a legitimate investigation, but they’ll turn away from impeaching a president who willingly breaks the law. There’s more to impeachment than “perfect” phone calls and mean tweets. Biden must be taken to the woodshed, and while he won’t be convicted in the Senate, getting all this out in the open is a win in and of itself. The lawlessness has to stop, and any Republican who isn’t willing to go all the way should resign.