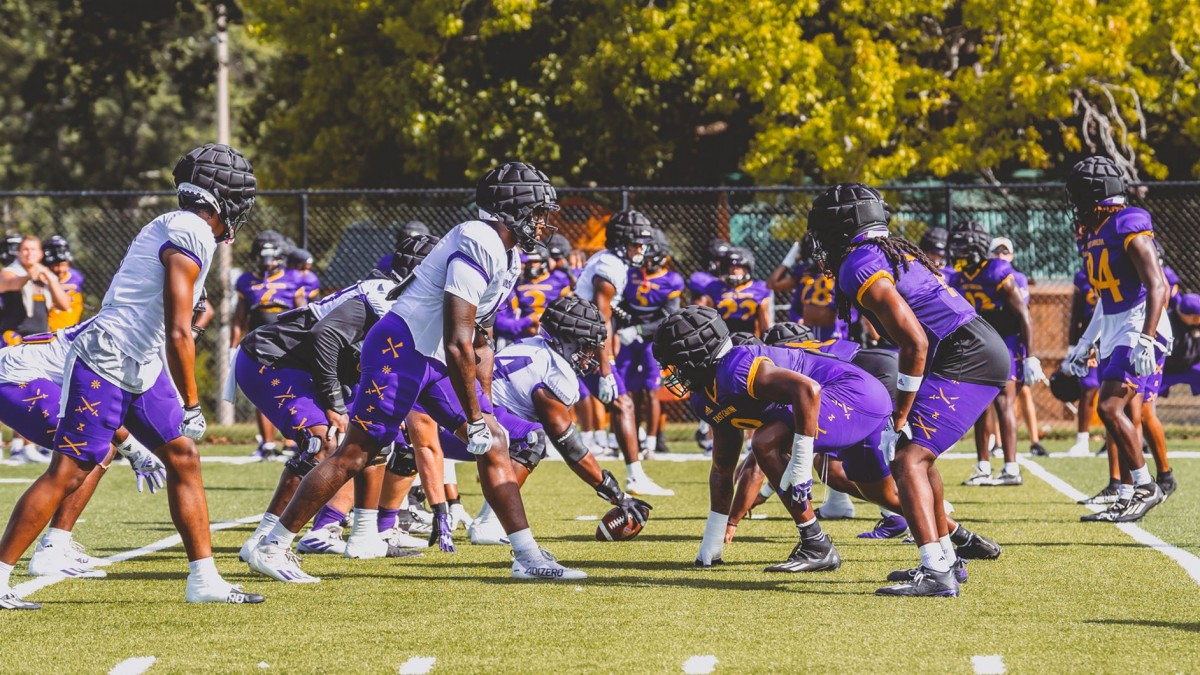 GREENVILLE, N.C.     After six practices, two in shorts and four more in shells, fourth-year head coach Mike Houston guided East Carolina through its first full-pad workout of the 2022 preseason camp Thursday morning at the Cliff Moore Practice Complex.
ECU also began its preparation efforts in earnest for the first of two scheduled scrimmages, which is slated for Saturday morning at Dowdy-Ficklen Stadium.

"It's the balance especially early in camp and I think that stuff is important. I thought we had a good competitive day. We had three live sessions during practice and the kids were pretty juiced up for it and went at each other pretty good. We have great film to get better from."

Houston, staff and players welcomed the full contact with an early two-point drill session before breaking out into positional groups. Early on, the Pirates worked on a five-minute inside run segment solely 11-on-11 rush plays deep inside scoring territory before returning to customary team and individual drills.

During redzone drills, where the ball was placed on the 12-yard line with first and 10, the first unit scored when Isaiah Winstead pulled down a pass from Holton Ahlers, while the second unit defense held the second team offense to just a field goal.

"The defensive kids had a really good practice on Monday," Houston added. "I really thought the offense responded today. During inside run, we would block a play perfectly, the defense would play it perfectly, the free hitter versus a running back in the hole and I thought our backs did a good job today of making the play and not getting tackled one-on-one as much.
Go Back