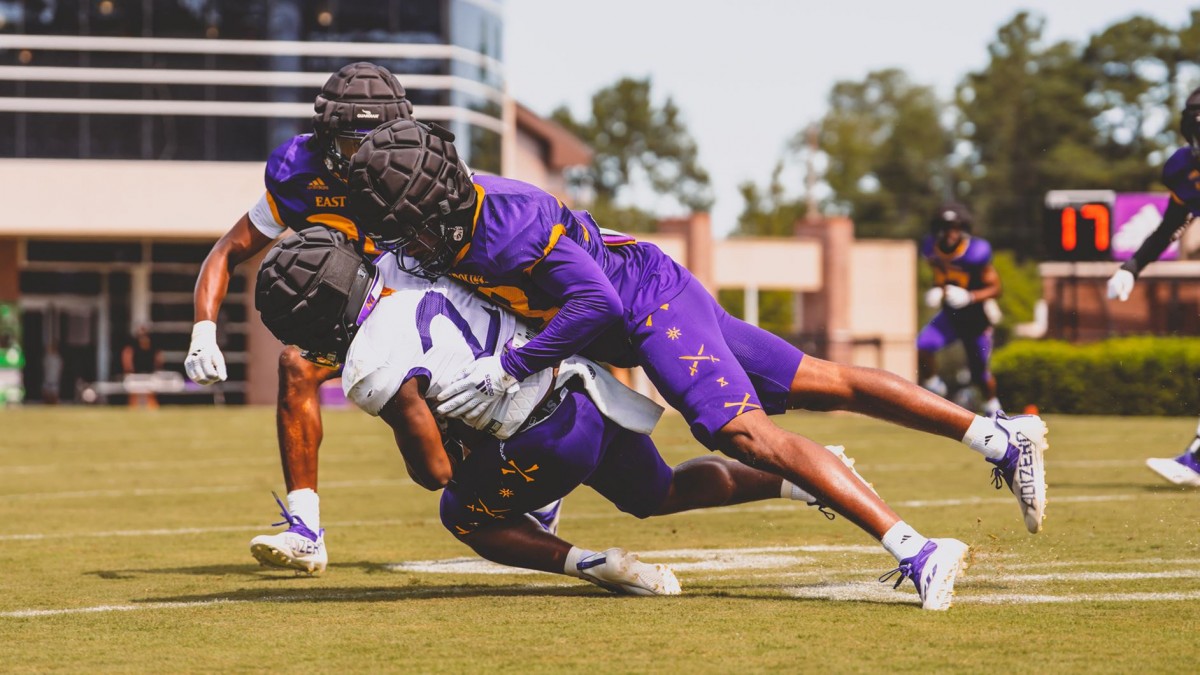 The controlled outing occurred under near-ideal late summer conditions. All levels of program's depth chart were involved as ECU works toward its season opener Sept. 3 versus preseason nationally-ranked NC State in Greenville.

"First scrimmage of the fall is in the books," head coach Mike Houston said. "No injuries. That's the biggest positive to come out of today. Went about 100 plays. A lot of special teams situations. There's some great film to coach off this afternoon and it'll be some great evaluation for our kids. The kids we all know that have been here doing their stuff for a couple of years looked like themselves today. It was good to get some young guys their first taste of experience inside the stadium. It was a good day today."

Holton Ahlers engineered the lone touchdown-scoring drive of the day, connecting with C.J. Johnson for a 10-yard score in the first half of the scrimmage. In all, ECU's five quarterbacks combined to complete 28 of 51 attempts for 198 yards. Isaiah Winstead hauled in a squad-best five catches for 38 yards while Jsi Hatfield and Terrance Copper, Jr. each corralled three passes for 23 and 22 yards, respectively. Johnson ended the contest with two catches for 19 yards and the touchdown.

In terms of the ground attack, Keaton Mitchell carried the rock seven times for 25 yards to complement a 26-yard performance by Rahjai Harris (five rushes).

On the defensive end, a trio of Pirates in Jonathan Coleman II, Samuel Dankah and Demetrius Mauney racked up a team-high five tackles apiece while Mauney also contributed a pair tackles for loss and a sack. Additionally, Myles Berry accounted for two sacks and two tackles for loss.

"Good energy and intensity defensively," Houston remarked. "They all know what they're doing. We are throwing a lot at the offense because that's what we'll see game one. I expect NC State to pressure us pretty well, so it's good they're getting that much from our defense during camp."

The Pirates are scheduled to return to practice Monday to kickstart their last week of fall camp before classes start Aug. 22.

"Today was kind of a separation day," Houston said. "You'll see guys shift around from here based on their performances today."
Go Back