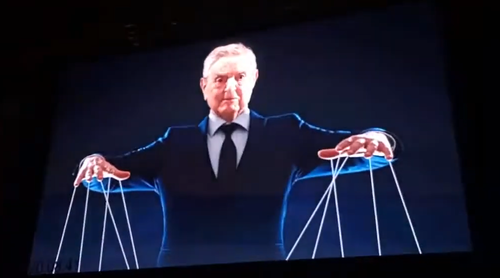 George Soros, a far left billionaire, and WWII Nazi collaborator in his native Hungary, is the 2022 election cycle's largest political megadonor, by far, giving $128.5 million to left wing candidates and political organizations.  Of that, &125 million was given to a PAC Soros controls, so that it was further disbursed to leftist candidates.

FEC records show that Soros' children and their spouses gave Cheri Beasley another $14,330.  That is a total of over $20,000 the Soros family gave Beasley directly, plus another $8,000 routed through the state Democrat Party plus whatever Soros' PAC gave her.

The nearest Beaufort County has to George Soros is Herman Gaskins:  They give to some of the same candidates and organizations, but Soros has much more money to give.