What you need to know about FTX/Democrat Party and the biggest scandal in our life times | Eastern North Carolina Now | Number 2 Dem donor files bankruptcy. Where did all the money Biden sent to Ukraine go? 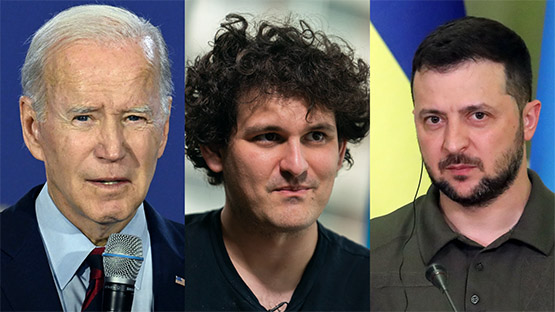 FTX, the multi-billion dollar cryptocurrency company run by CEO Sam Bankman-Fried, collapsed last week as company corruption was exposed and as customers of FTX tried to get out, causing a disaster because FTX did not have the funds to handle the situation.

The collapse is described by some as the biggest money laundering scandal for Democrats we have ever seen as a country. The details can be somewhat complex, but simple details are emerging slowly, showing massive fraud by one group of people.

Financial news reported that Bankman-Fried had his net worth go from $15.6 billion to $1 billion in “the biggest one-day collapse it had ever seen among billionaires” over the weekend, a personal loss of funds that coincided with FTX’s implosion, and he is the second biggest Democrat donor after George Soros.

Political news reported that  FTX had partnered with Ukraine to process donations to their war efforts within days of  Democrat Joe Biden pledging billions of American taxpayer dollars to the country,  shocking the nation.

“Ukraine invested into FTX as the Biden administration funneled funds to the invaded nation, and FTX then made massive donations to Democrats in the US,” The Post Millennial reported about the unfolding situation.

An article from the cryptocurrency news website Coindesk from March 15, 2022 reported that Ukraine partnered with FTX, and that “FTX is converting crypto contributions to Ukraine’s war effort into fiat for deposit at the National Bank of Ukraine.” Fiat is the legal tender or paper money of a particular country.

SBF was a major Dem donor, so no investigation

Bankman-Fried made donations to the Dems that totaled $39.8 million, putting him just behind George Soros and his $128 million in donations for the 2021-22 cycle. Bankman-Fried became a significant donor to Biden starting in 2020.

He was the largest financial contributor to the Protect Our Future PAC, “the political action committee which endorsed Democratic candidates such as Peter Welch, who this week won his bid to become Vermont’s next senator, and Robert J. Menendez of New Jersey, who secured a House seat.”

Noah at We Love Trump says this could be the mother of all scandals- reported on the details and how it affects us:

“Folks, this is the big one, and it may just be the thing that ends up taking down not only Joe Biden but the entire crooked Democrat party,” he said, adding:

SBF appears to be a Government spook (or “Useful Idiot”, we’re not sure which yet).  But what is clear is the guy is mostly a complete bumbling idiot, and yet somehow rose to control billions, running one of the largest crypto exchanges out there.

So last week, FTX suddenly shocks everyone and goes bankrupt with no warning.

Bo Polny actually predicted the entire thing, more on that below…

But now as we’re putting together the pieces and digging through the wreckage, we’re learning this might have actually been the biggest money laundering operation of all time.

Remember all those BILLIONS upon BILLIONS that were going to Ukraine?

What if they were being laundered?  I mean, we all suspected it all along, right?

We just didn’t know how the con worked.

Now we’re learning, or at least we’re starting to connect the dots.

We’re still in the early stages here and I want to be clear we’re still seeing in a room dimly lit, so this is still speculation at this point, but the puzzle pieces are all starting to fit together.

Here’s basically how it went…

The U.S. takes billions upon billions of taxpayer dollars and funnels those over to Ukraine.

Ukraine then puts those billions into FTX (remember, it appears to not be a real company, more like a government plant).

FTX is owned by Sam Bankman-Fried.

SBF then takes the billions and donates them back to the Democrat party.

This part is not speculation: SBF was the #2 largest donor to the Democrats right behind George Soros.

The Democrat party then funnels the money to people like Joe Biden (10% for the Big Guy!) and uses it to buy seats, errrrrrrrr, I mean run elections, in all states at all levels.

Key Democrats end up with millions…

And Americans are SREWED.

If this all ends up being true or even partially true, I just have one question: Is this treason?

The spectacular meltdown of the FTX crypto exchange has revealed it to be nothing more than a slush fund for Democrat candidates.

Sam Bankman-Fried stepped down as FTX CEO on Friday after it was announced his exchange had filed for Chapter 11 bankruptcy in the face of a multi-billion dollar liquidity crunch.

The U.S. branch of FTX is now valued at $1, down from a peak of $8 billion in January. Bankman-Fried is now also under investigation by both the Department of Justice and U.S. Securities and Exchange Commission.

“We’ve never seen something like this on this scale,” said Bradley Beychok, co-founder of American Bridge 21st Century, a Democratic super PAC. “On our side, there’s a small pool of people who write these kinds of checks and they tend to be the same folks. But Sam, to his credit, came right in with a big splash.”

The 30-year-old Bankman-Fried has been a major force in Democratic politics, ranking as the party’s second-biggest individual donor in the 2021–2022 election cycle, according to Open Secrets, with donations totaling $39.8 million. That ranks only behind George Soros (about $128 million) but ahead of many other big names, including Michael Bloomberg ($28.3 million). What’s more, he had promised to spend far more on Democrats moving forward, predicting in May that he’d fund “north of $100 million” and had a “soft ceiling” of $1 billion for the 2024 elections.

He also donated $10 million to then-candidate Joe Biden in 2020. 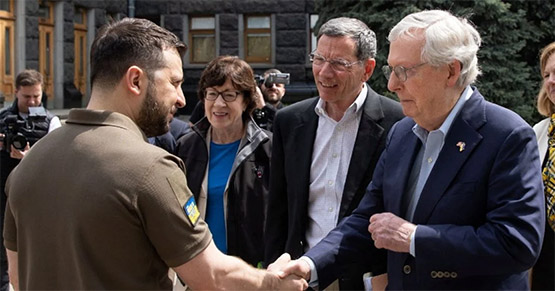