The Strange Case of the Missing Voters | Beaufort County Now | With the passage of HB 589 VIVA/Election Reform, the North Carolina legislature has produced the first comprehensive updating of our election laws in several decades.

The Strange Case of the Missing Voters 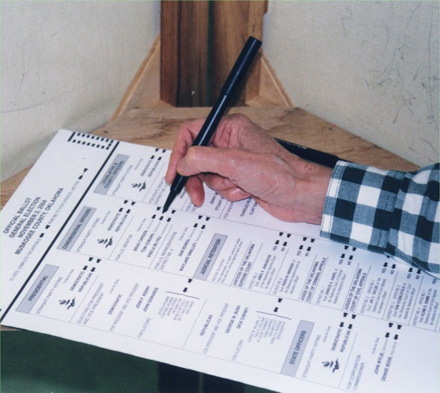 With the passage of HB 589 VIVA/Election Reform, the North Carolina legislature has produced the first comprehensive updating of our election laws in several decades. Until now our safeguards consisted of voters stating their names and addresses at the time they received their ballots - though in practice most only say their names, and elections officials ask them if the address in the book is correct. The new law modernizes the process by requiring voters to show a photo ID to vote.

A major component of the debate on voter ID is who does or does not have ID. Opponents of the legislation say many citizens will not be able to vote because they don't have ID and no possible way of getting one before the 2016 elections. These are said to be the disenfranchised voters. We're told that they are the old and young, women, African-Americans, people with disabilities, and the poor. We've heard so much about these voters that we feel like we know them - yet we've never met one of them. That's because they are mostly mythical.

Interesting enough, news reports show the same scenario in all the other states that have written legislation requiring voter ID. Opponents of voter ID tell stories about the massive number of people who will not be allowed to vote, and such critics use questionable reports to back up their claims.

The opponents of voter ID in Indiana, where a stringent voter ID law was passed in 2005, produced a report that forecast 989,000 voters would be disenfranchised. Federal Judge Sarah Evans Barker called the report "utterly incredible and unreliable." Before Georgia's law was passed in 2006, the number of disenfranchised voters was predicted to be over 600,000. Yet, in the six years since the law was implemented, the state has issued less than 30,000 free voter IDs.

Since the passage of their voter ID laws, these two states have endured numerous lawsuits where the challengers have failed to produce any voters who would truly be disenfranchised. In 2006, Barker upheld Indiana's voter photo ID law in a lawsuit brought by the Indiana Democratic Party. In her 127-page opinion, Barker said the plaintiffs had failed to prove their argument that the voter ID law was unduly burdensome and would keep many people from voting.

Barker wrote, "The Democrats, for their part, submitted the names of several individuals who they claim would be unable to vote as a result of SEA 483; however, each and every one of the individuals identified by the Democrats is either eligible to vote absentee, already had acceptable photo identification or could obtain acceptable photo identification if needed."

In the 2012 presidential election, African-Americans again turned out in record numbers. In all, Georgia's turnout with voter ID was 3 percentage points higher than North Carolina's without ID.

North Carolina has placed safeguards in the new voter ID law to ensure that all eligible voters can vote: 1) The state will issue, free of charge, voter IDs for people who do not have one. 2) If a voter does not have a photo ID or forgets to bring one to the polls, he or she can still cast a provisional ballot. 3) Voting absentee-by-mail does not require an ID.

North Carolina's new voter ID legislation will begin to bring the state's election process into the 21st century and will finally begin to restore confidence in our electoral system. The new provisions will protect the rights of all voters to cast ballots, while also ensuring their legitimate votes aren't cancelled out by fraudulent ones.
Go Back