Wyatt Earp | Beaufort County Now | "But Now he's (Wyatt) going to be a marshal and an outlaw. Best of both worlds, son." These words were spoken by a tubercular Doc Holliday, played by a gaunt 145 pound Dennis Quaid.

Login to Send a Private Message to Wyatt Sanderman Day
Come join us at our new Movie Database. We welcome you our latest feature to sort through film data to discover information on actors, directors, film images, or just what is playing, when it will pay, or when it did play. It is a work in progress, so we would appreciate your input.

"But Now he's (Wyatt) Going to be a Marshal and an Outlaw. Best of Both Worlds, Son."

These words were spoken by a tubercular Doc Holliday, played by a gaunt 145 pound Dennis Quaid, to Warren Earp, played 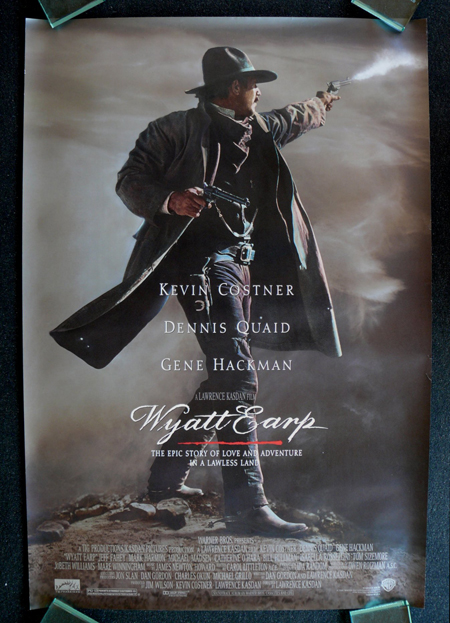 by a young Jim Caviezel, in the junior classic "Wyatt Earp," which sums up the life of a complex man, who remains a historical figure, and moreover, a legend from the American West. Wyatt Earp, played in the no nonsense vein, which is customary for some of Kevin Costner's more serious characters, was a man who lived on the edge and often outside of the law. The American West, in that era, was big, wild, and robust in its approach toward settling the lands purchased from the French in the Louisiana Purchase, 1807, and taken from Mexico after the Mexican - American War, 1848, by the Treaty of Guadalupe Hidalgo.

Manifest Destiny was the maxim that led millions of Americans across the western frontier to settle in towns like Dodge City and Wichita, Kansas and Tombstone, Arizona. In these towns built on the cow trade, a railway depot, or the mining claims for precious metals, people from the east passed through and many of them stayed, bringing the call for law and order. Wyatt Earp, a born impresario with nerves of steel, was a willing applicant to uphold the law as he saw fit, being deputized and standing for election as sheriff in many of these small frontier towns.

Wyatt saw the occupation of officer of the law as a means to a living, as did his father, but by all accounts, including Director Lawrence Kasden's film, "Wyatt Earp," Wyatt would notoriously bend the law, not to enrich himself, but to better his community - to make it safer. Wyatt lived in a time where the better part of valor was keeping those 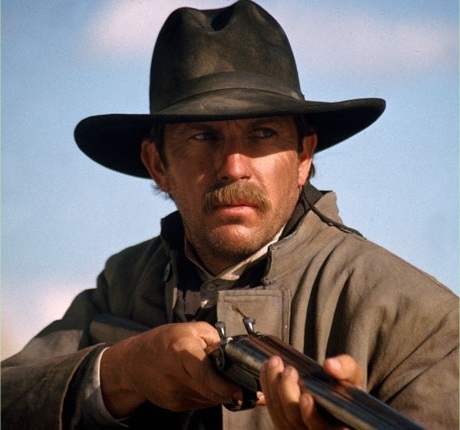 around you alive, and to do that meant staying alive to complete that mission.

Wyatt Earp, born in Monmouth, Illinois was never settled as a boy, as the Earps journeyed often between Illinois and Iowa. Wyatt, as an adult, continued to move often, had many occupations and many scrapes in often death defying situations, which have been romanticized in the many accounts of his life - the best to date, in celluloid, is the film "Wyatt Earp." This account uses its artistic license to dramatize certain events as factual that may have occurred but not in the order portrayed. The film is long, 191 minutes of runtime, but not nearly long enough to tell his rich life's story, without some editing of the actual events.

What Kasden's film did tell, with Dan Gorden assisting Kasden in the writing of the screenplay, is that Wyatt cherished family and friendship over all else. The picture exhibited that Wyatt was a serious and deliberate man, overcoming the loss of a beloved wife in Missouri to Typhus, 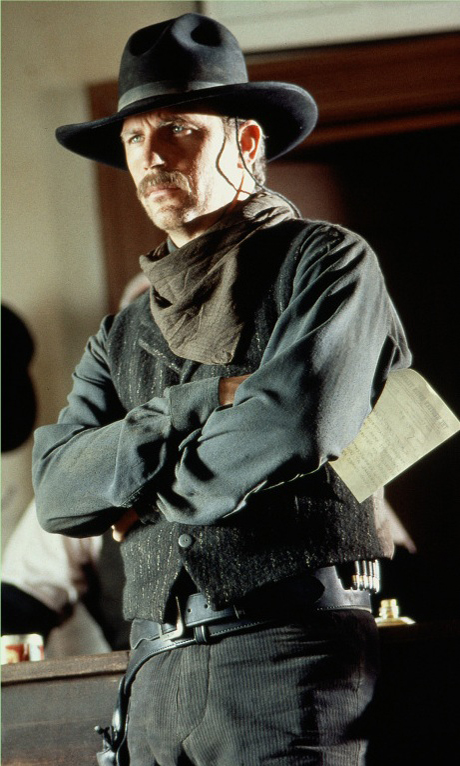 and finding law enforcement, often with his brothers: Virgil, played by Michael Madsen and Morgan, played by Linden Ashby, as his means to make his mark in the rugged West. It showed Wyatt to be a vengeful man, and with so many feuds with shady characters, Wyatt would certainly bend the law to keep his family safe, once commenting in the film, after the infamous shootout with McLaurys and the Clantons in Tombstone, "They're not going to use the law to kill me or my family."

The grudge between the Earps and the Cowboys, a marauding band of miscreants in the Arizona and New Mexico Territories, of which the Clanton and McLaury boys were members, was bad before the shootout, but worse thereafter. When Virgil was gunned down by shotguns and Morgan shot through the back and killed as he played pool, Wyatt swore a blood oath to kill all that was responsible for his brothers' demise. He and close friend, Doc Holliday, actually did reportedly kill some of the Cowboys, but one wonders just how many of the reported violent deaths of many of the Cowboys' members did Wyatt orchestrate?

The film "Tombstone," released in 1993, was more of an account of Wyatt's Tombstone years, and tells a tale of Wyatt and his sidekick Doc Holliday and others, killing nearly all of the Cowboys. "Wyatt Earp" however, was more true to the historical record of his vendetta against those that murdered Brother Morgan. 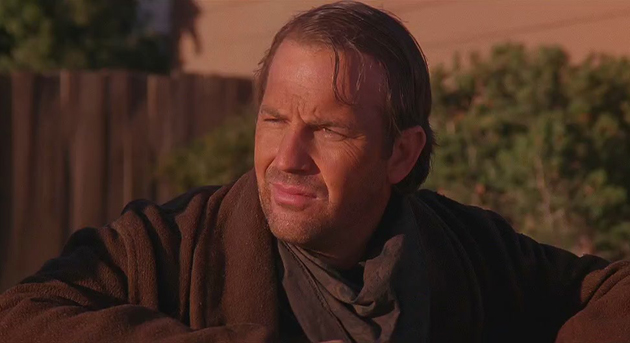 "Wyatt Earp" makes a valiant attempt of telling the story straight, while providing the entertainment necessary to keep its audience enthralled. The dialogue is sometimes a bit stilted and somewhat out of character, but often hits the mark. I guess one would accuse the screenwriters of being inconsistent. The pace of the film, as it takes us through the edited account of Wyatt's life, is quite good, and the acting is very consistent, especially the scenes between Costner and Quaid are very strong.

The film sacrifices most of its dramatic license for the stability of reality, thereby affording us the most accurate perspective of the enigmatic Wyatt Earp to date. I believe later generations will find this account of Wyatt Earp to be a true classic; however, certain limiting factors such as inconsistent dialogue may relegate the film to a junior classic status for the time being. Regardless, if you haven't seen the film, rent the DVD. I'll vouch for it ... or my name is not Wyatt.