Reflections on Veterans Day | Beaufort County Now | Ever since our 2014 vacation to Normandy and the D-Day sites, I think of Veterans Day in an entirely new light.

Login to Send a Private Message to Kathy Manos Penn
Publisher's note: Please join me in welcoming our newest contributor to BCN, Kathy Manos Penn, a native of the "Big Apple", by way of the "Peach City" - Atlanta. Kathy is a former English teacher, author of The Ink Penn blog, and a communications professional in corporate America. Now with Kathy on board, I advise all other contributors to mind your punctuation and syntax.

Ever since our 2014 vacation to Normandy and the D-Day sites, I think of Veterans Day in an entirely new light. My husband is a Vietnam vet, so I've always been mindful of the significance of the day, but now my mind is also flooded with WWII images. Our goal in choosing a Normandy cycling tour was to see the awe-inspiring WWII museums and monuments as part of our annual cycling vacation. I came away wishing every American could experience Normandy and reflect on the sacrifices made by so many to turn the tide in WWII and to defend the freedoms we quite often take for granted. 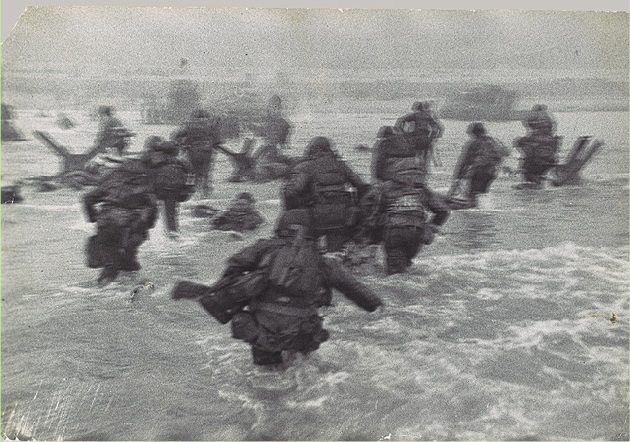 Omaha Beach was Hell. Can you just imagine the concentration that this photographer must have possessed to take this shaky picture as he was tossed upon the English Channel, with burning hot rounds flying all around him: Above.

Perhaps the most striking and solemn site is The Normandy American Cemetery and Memorial at Omaha Beach, comprised of several sections, each of which leaves an indelible impression. First, the Visitor Center, as the brochure describes, "depicts the significance and meaning of Operation OVERLORD and honors the values and sacrifices of the World War II generation." The exhibit space recounts personal stories of our soldiers and combines text and photos on large panels, with, interactive displays and artifacts, but for me, it was stepping outside that was most overwhelming. 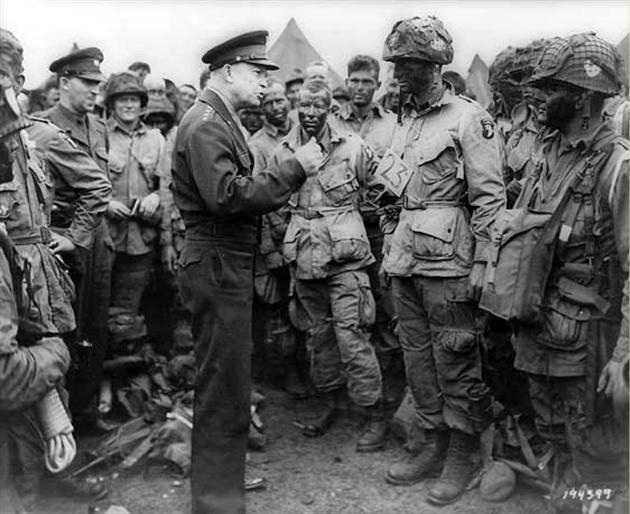 Outside the Visitor Center, the Overlook provides a view of the beach and the English Channel. Gazing at that peaceful scene and replaying in my mind the horrific invasion images I've seen through the years was almost surreal. There, we met our tour guide who escorted us to the Memorial with its statue, "The Spirit of American Youth Rising from the Waves." It is a fitting image to honor these men, many of them not yet 20 years old, who gave their all in the Normandy Campaign. Carved on the lintel above the statue is the inscription "This embattled shore, portal of freedom, is forever hallowed by the ideals, the valor and the sacrifices of our fellow countrymen." This is the gateway to the Garden of the Missing where the semi-circular wall is engraved with over 1,500 names of those missing in action.

As we moved from the Garden to the cemetery of 9,387 graves, this quote greeted us:

"If ever proof were needed that we fought for a cause and not for conquest it could be found in these cemeteries. Here was our only conquest: all we asked...was enough....soil in which to bury our gallant dead."

I was awestruck as I looked out at row upon row of headstones. Hearing our guide speak about just a handful of individuals brought home the reality of lives cut short. Each Cross and Star of David has a story to tell. We heard one story of a pilot who wrote his family that he had completed his requisite number of missions and was awaiting transport back home. After writing that letter, he volunteered for another bombing mission and was killed. I can only imagine that his family must have reacted to that news with a mix of emotions ranging from sorrow to pride to perhaps some anger at his fateful choice.

It seems appropriate that we visited Omaha Beach on the final day of our tour to reflect solemnly on the debt we owe these brave men and women and to consider what the world would be like today if not for them. This Eisenhower quote inscribed in the Garden of the Missing says it all:

"To these we owe the high resolve that the cause for which they died shall live."
Go Back