Did Beaufort County Dodge the Bullet? Not by a longshot

Login to Send a Private Message to Stan Deatherage
Earlier I posted the projected path of Hurricane Irene, and openly prayed that the monstrous storm would pass farther east. It did not. 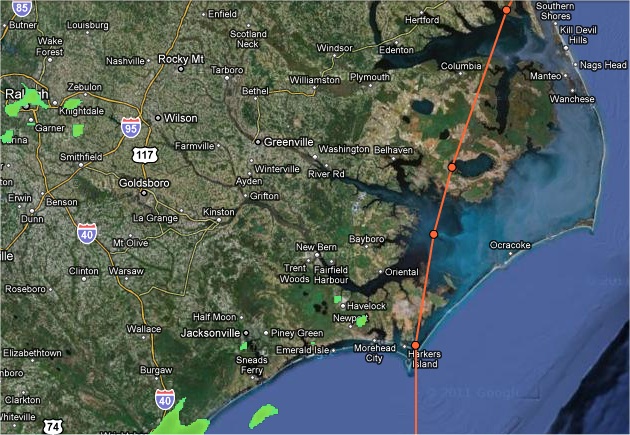 This map represents the historical path of Hurricane Irene as understood by AccuWeather: Above. The HUREVAC map shows the wind zones: Below. Notice how almost all of Beaufort County is in the Hurricane's eye wall with the small balance of the county in the hurricane-force wind zone. This went on for an estimated 17 hours for much of the county. 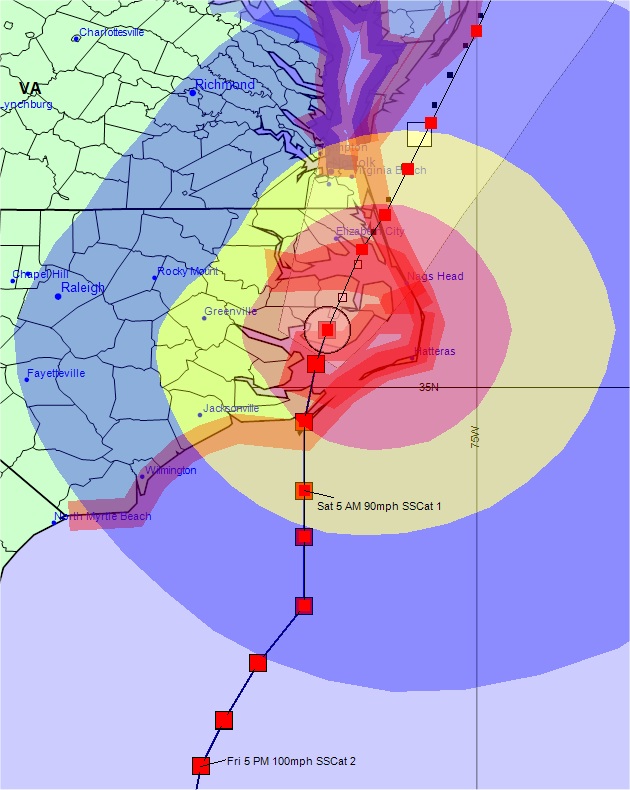 Even in storms as massive as Hurricane Irene the distance of a few miles can make a huge difference. Pitt County just west of Beaufort County sustained hurricane-force winds but in no manner were these winds as long or as strong. Reports from Pitt County shows power coming back on, with everyone back up by tomorrow, August 29th. Initial reports in Beaufort County put the reports of restoring power to all areas at the middle of the next week. We prepare for the worst and hope for the best. 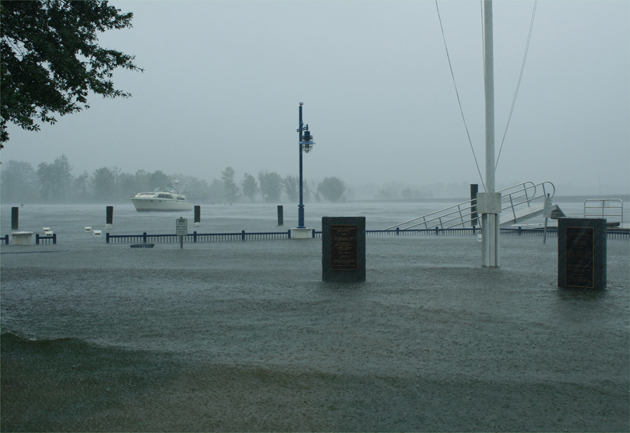 These two images, taken before the height of the storm in downtown Washington, North Carolina, exhibit the approaching power of Hurricane Irene's monstrous eye wall: Above and below.     photos by Stan Deatherage 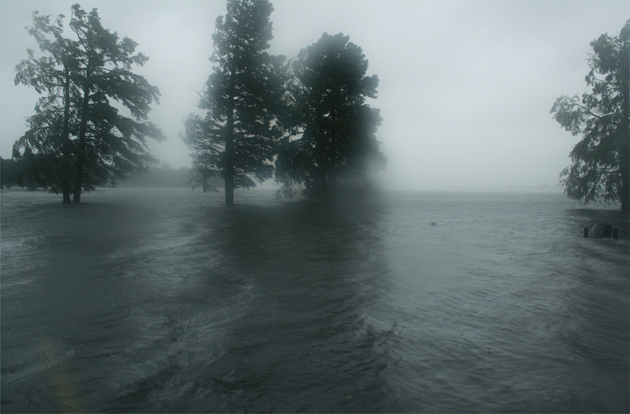 Emergency Management Assistant Administrator and Fire Marshall Curtis Avery stressed: "This big hurricane came right up the Pamlico Sound, hugging the western shore, just drawing power from the warmer water in the sound. It moved real slow (14 miles per hour), and kept Beaufort County in hurricane force winds for 17 hours. We're finding that Irene did a lot of damage in this county."

Earlier, on Friday night, I posted a weather update that showed a model the projected path to be about 25 miles further east than the actual path of the storm. If that projected path had actualized, we would be in much better shape countywide. 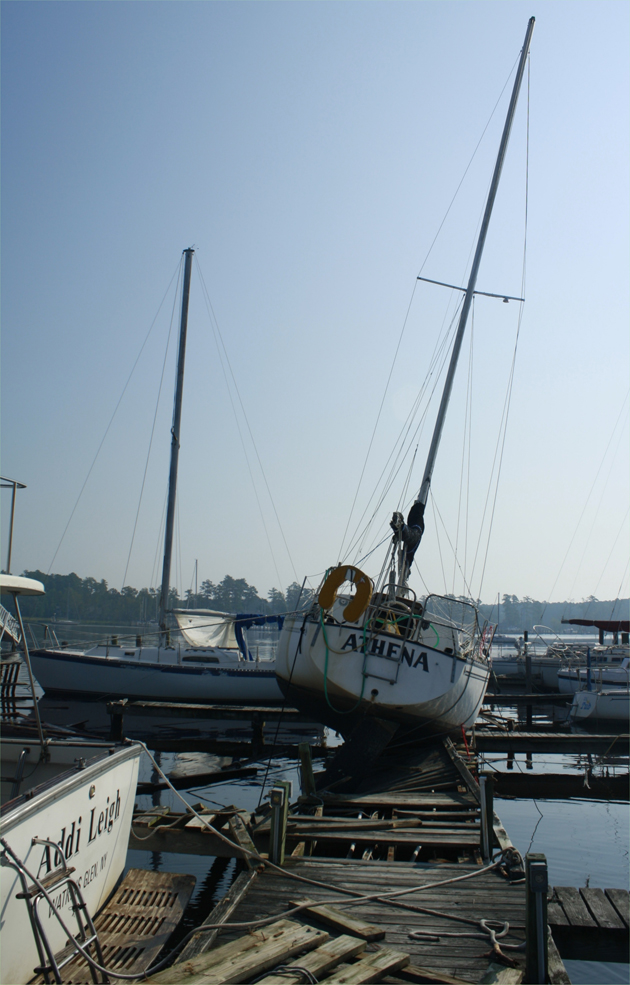 The destructive power of Hurricane Irene is best examined by these images that manifest to what extent inanimate objects can be placed where they should not otherwise be: Above and below.     photos by Stan Deatherage 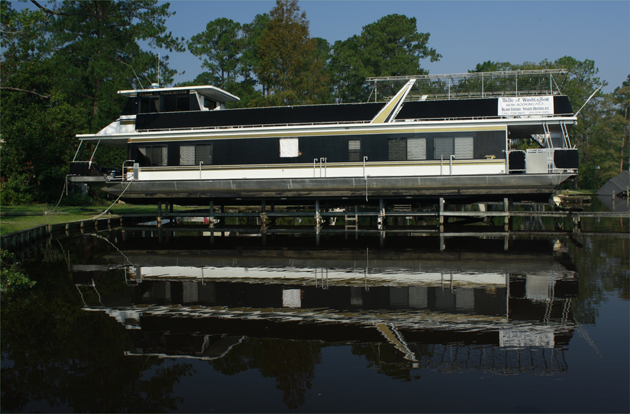