I'm back online, and fortunately still alive. | Beaufort County Now | What may be the worst hurricane in the last 56 years (since Hurricane Hazel in 1954) has released its horrendous grip on the county I call home - Beaufort. | Hurricane Irene, Beaufort County, Washington, NC, Aurora, NC, Pamlico Estuary, Pamlico River, storm surge

Login to Send a Private Message to Stan Deatherage
Publisher's Note: As a county commissioner of the county of Beaufort, I have access to the Beaufort County Emergency Management Operation and Control Center which conveniently is a short walking distance from my house. Otherwise, I have no power, no internet, no access to a passable road, and I literally possess a most remarkable odor. Just part of my scene here in eastern North Carolina.

What may be the worst hurricane in the last 56 years (since Hurricane Hazel in 1954) has released its horrendous grip on the county I call home - Beaufort. I have endured as many of us have, but I do not remain unscathed.

Washington, North Carolina, looks like a war zone. Aurora, N.C., because of its geographic proximity to the ever-lingering eye wall (estimated at 40 to 45 miles wide, with the eye of this monster storm estimated from 30 to 35 miles wide) of Hurricane Irene, may well have taken Beaufort County's biggest hit. It is arguably, along with Belhaven, N.C., Beaufort County's lowest-lying municipality. Aurora's flood plain is about seven or eight feet. They took a storm surge of over 11 feet of Pamlico River, or more likely Pamlico Sound and Atlantic Ocean, water. If Aurora took three to four feet of water at its highest point, can you imagine how much water filled the lowest point. The culprit: Hurricane Irene's prevailing hurricane-force winds from the northeast hitting this low-lying hamlet that faces northeast.

The storm surge was so strong and the sustained winds so powerful in the eye wall that at one point four cottages - in a row - were seen floating down the Pamlico River. This information was reported to the Beaufort County Emergency Management Operation and Control Center by a resident who road out the storm from his home at Hickory Point (north from the battered Town of Aurora at the mouth of South Creek, where it empties into the Pamlico River). 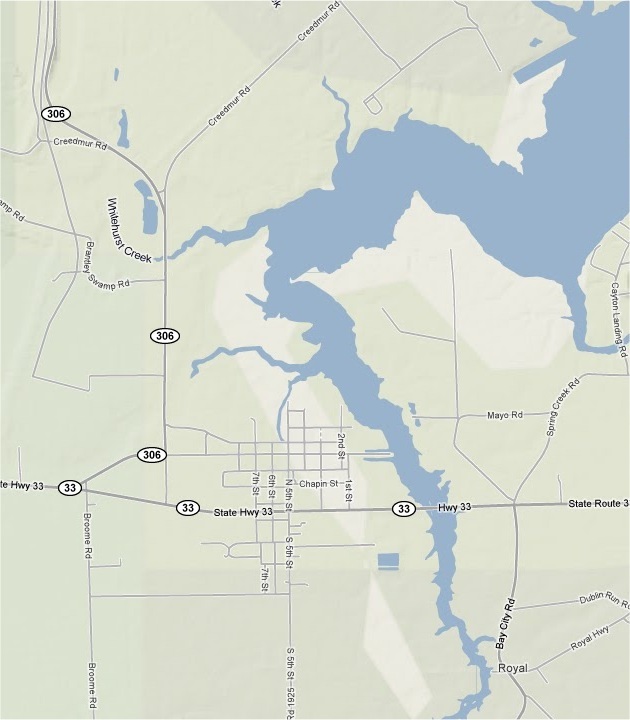 Map of Aurora, North Carolina, on South Creek that is upstream of the mighty Pamlico River. Click here or on the map for a larger representation of the Aurora area in eastern Beaufort County.

For the Municipality of Aurora's immediate benefit, to clear away fallen trees and massive debris from the roads, as per Beaufort County Emergency Management Director John Pack: "We will have sometime this afternoon five two-man chainsaw crews, with a team leader, heavy-equipment operator, and mechanic (13-man team), hailing from the mountains of North Carolina in Aurora clearing the roads to make way for emergency personnel and allow citizens of that battered town access to go and come." 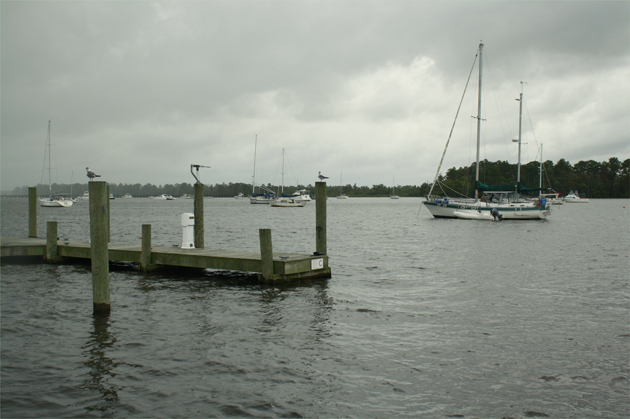 What a difference 20 hours of a day makes: Before the power of Hurricane Irene devastated Washington's waterfront, anchored ships await the inevitable: Above. The inevitable was more than most anyone expected: Below.     photos by Stan Deatherage 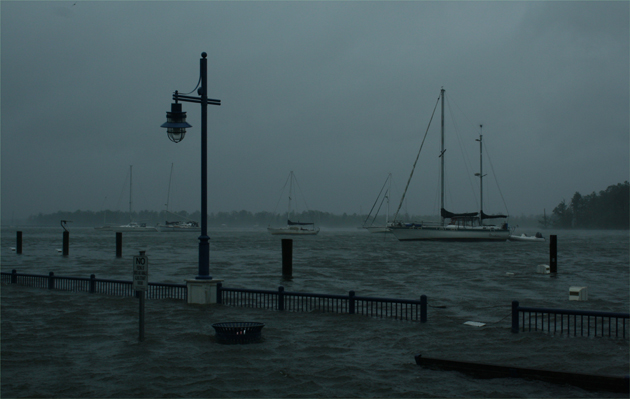 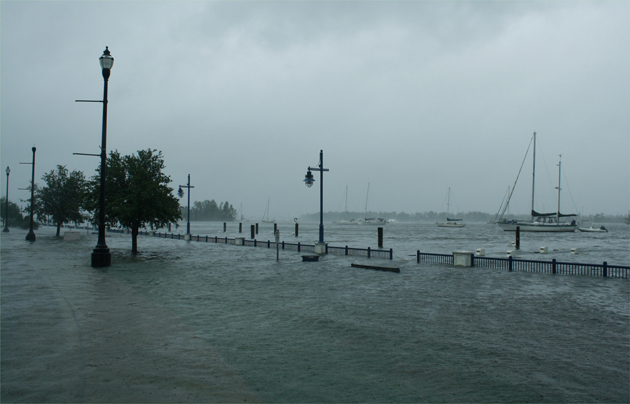 These were very moist conditions as the eye-wall is just on the edge of Beaufort County, and conditions were terrible here on Washington, North Carolina's waterfront. My camera did the best it could in bringing these shots to BCN. I have more: Above and below.     photos by Stan Deatherage 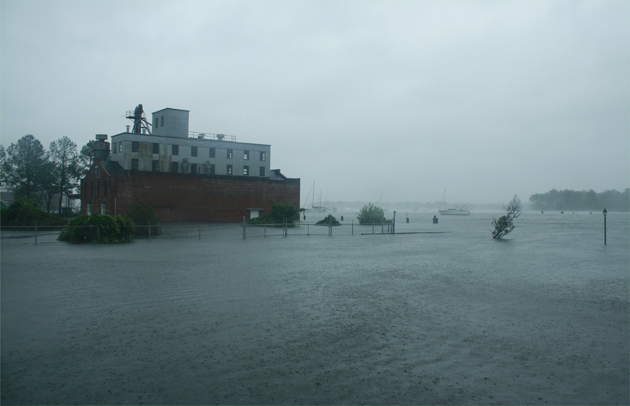 To be continued in future editions.