Going to college in a parking lot in Atlanta | Beaufort County Now | "Growing a university smack in the middle of a city takes creativity. For a prime example, consider the story of Kell Hall" | Georgia State College, Kell Hall, Ivy Street Garage.

Going to college in a parking lot in Atlanta

Login to Send a Private Message to Bobby Tony
When I started attending Georgia State College (later University) in 1964 there were two buildings that compromised the whole campus. Sparks Hall and Kell Hall. Later they added a student activity building around 1965. 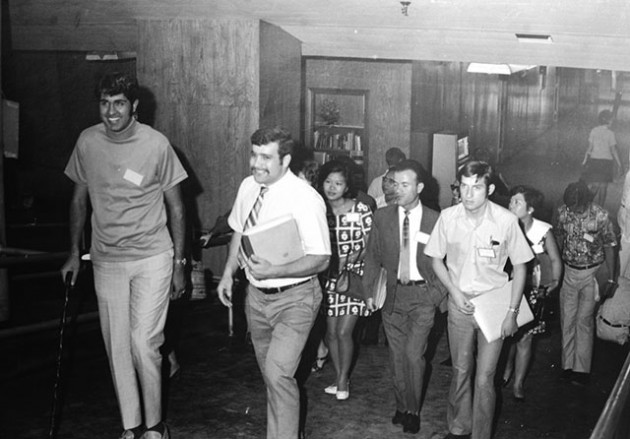 Kell hall was a converted parking lot and most of the students called it Ivy Street Garage. The main feature of this building was the ramps that were used as hallways from floor to floor. Needless to say it became a racetrack for bicycles and skateboards. Click here for a larger picture of the GSC ramps

Georgia State College was a business college where the emphasis was on getting a education that could be turned into a career. We had very few sports programs and the mix between day and night students was fairly even. Many of the professors at GSC (Later GSU) worked in the business offices of downtown Atlanta. My first accounting professor was a CPA who worked at one of the large accounting firms. My first Economics professor was a part time teacher and full time employee of the state of Georgia. I could go on and on but the fact that these teachers taught from legitimate experience hearkens back to a day when reality still existed on college campuses. (I could not get through just one post without a political comment).

For the record, I did not enjoy my first three years at Georgia State. It was a constant battle to find a parking space (no dorms for students) and attending day school and working full time did not leave much time for social activities. I remember the 6:00 AM drills in a parking lot for ROTC that was mandatory in those years for freshmen and sophomores. I would like to think it made me a better man but the jury is still out on that verdict. Later when I returned from the Army and was attending day and night school on the GI Bill I found it a bit better and took time to enjoy some social activities. I was fortunate to work for a company that allowed me to arrive late (10:30 AM) and leave early (2:30) on the days necessary to attend classes only offered during the day.

Looking back on this experience, I have very fond memories of GSU. Naturally, I rode out my GI bill benefits and never graduated due to multiple changes in majors and stretching out the benefits as long as I could. As I recall, I had more than enough credit hours to graduate but had neglected to take many of the required courses like, Biology, Chemistry, or Geology. I also had a definite aversion to any math courses. It started with my first Statistics course when the professor came in and wrote his name on the board and the book I had just purchased at the book store was written by that same professor. I should have dropped the course then and there. It took me two passes to finally complete that course.

So when I look back on my college career, it does not remind me of the care free times of youth. To be sure there were many of those after 1969 when I did not much care for anything except catching up on a lost year. It reminds me of a college that existed for the sole purpose of providing an education for future employment. It has changed now and Georgia State University owns most of he area that was once around the three buildings. 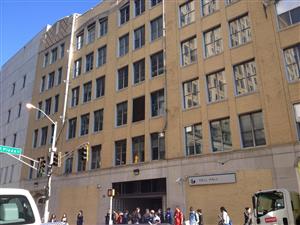 They have recently put and offer and purchased The Ted Turner stadium. Thanks to the 1996 Olympics, they have dorms and many social activities available to their students. I wonder how many of the professors actually still work for a living and just teach to pass the torch on to the students. Click here for a larger picture of Kell Hall

I offer this little snipet of life at Georgia State and how the institution struggled to make it's way in the academic life of Atlanta. That to me is the college experience that we may be missing now in the current mega buck universities more interested in making social change than education.
"Growing a university smack in the middle of a city takes creativity. For a prime example, consider the story of Kell Hall".