A Happenstance of Pure Entertainment and Inspiration 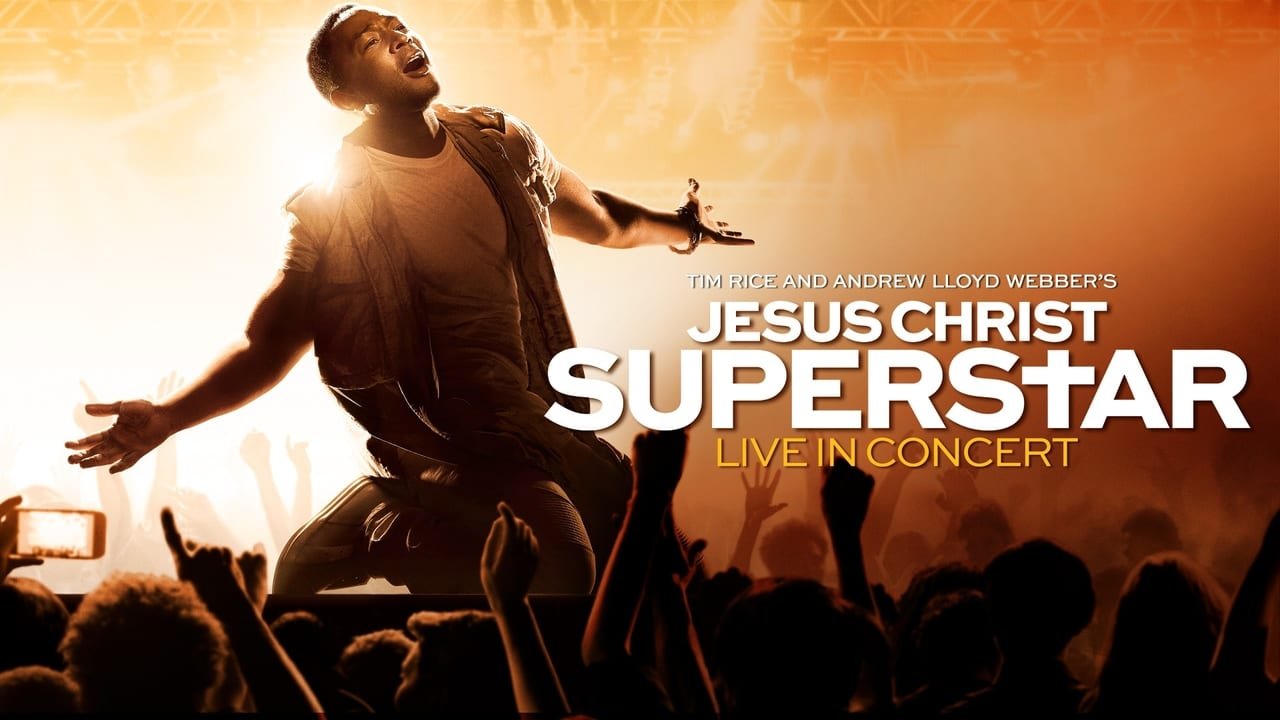 Regardless of witnessing only these two productions of the classic representation of Christ's last days: The 1973 film rendition on numerous occasions, and now the NBC live performance, and because of some bible study on my part, I feel that I know the story well enough to discuss here, and am privileged to do so.

The 1973 Norman Jewison film, "Jesus Christ Superstar", began production about a year after the Broadway stage play's remarkable and unexpected mammoth success. It was not constrained by a Broadway stage, but was filmed in the desert of Israel, with few props, and a reasonably unknown cast. The only member of the original Broadway production was Yvonne Elliman in the essential role of Mary Magdalene. Yvonne Elliman not only performed in the film and on Broadway, but sang on the original double album, which was, oddly, recorded and released before the play hit Broadway. This beautiful, simple purple record sold millions of copies. I bought a copy my junior year in high school, and fell in love with the music and the message.

The message is simple: "Jesus Christ Superstar" is a hip /jazzy version of the last 5 days of Jesus's corporal life here on earth, where, in a narrative composed of a near entirety of lyrics and melody, tells the story of the Passion of His emotional and physical suffering of being betrayed, and then meeting His prescribed fate - a terrible end of which was both of God Almighty and His own choosing. It is a big story told from the point of view of all players within the delicate folds of this Passion play, including the inexorable point of view of us, His eternal subjects, always part of His plan.

When "Superstar" smacked the popular scene in the early 1970's, the classic musical was lauded as both a masterpiece, and, by some more traditional followers of Christ as a terrible collection of lyrical and melodic blasphemy. As one who had not yet firmly etched the edges of their Christian beliefs in those days, I never understood that narrow view of Christ, and, today, I still do not; believing that Christ's love and our total acceptance of His love is the key to our ultimate redemption. "Jesus Christ Superstar" presents that love shrouded in the living drama of His Passion, cloaked in a Rock'n'Roll extravaganza of melody, mood and message; still presenting His life, and of His Word.

From what I could tell, as one who is experienced to "Superstar", from the live version this Easter night, the Word flowed flawlessly through that musical message, and these final hours in the life of Christ were brought to the masses once more just as the Norman Jewison film in 1973. The 1973 film was acted with no large names among the cast; the NBC Live version used well known singer /composer John Legend to play the titular role.

While John Legend is a wonderful performer, with an excellent vocal range, he is no actor, and this hastily thrown together performance gave him little time to thoroughly prepare for his role of a lifetime. This show was live, and there was no stopping the performance for a second take. To draw comparisons between the 1973 film and the 2018 Live TV performance is unavoidable. In "Superstar" the film, Ted Neeley, a minor rock'n'roll lead singer, was chosen for his remarkable tenor voice, which had far more tenor range than John Legend's more baritone, and, remarkably, was more persuasive as Christ. In the emotionally wrenching "Gethsemane (I Only Want to Say)", when Jesus saw His terrible future, Andrew Lloyd Webber and Tim Rice masterfully made the moment real in this lyrical melody. In comparison, I offer first the John Legend version, then the Ted Neeley version from the 1973 film. Both are great, but, I have to commend Ted Neeley for his pure passion of performance, and those tenor notes that he reached square and hard; a very powerful performance.

Also in the same category of not being an actress in a leading role, but less noticeable for a variety of reasons, was recording artist Sara Bareilles as Mary Magdalene. Maybe because Sara looks Jewish, or that Mary Magdalene is a more subdued and supplicant role to that of Jesus and therefore not as demanding of subtle acting skills, but she definitely struck the right cord, and not only in song which was pitch perfect when she sang solo on "Everything's Alright" and "I Don't Know How to Love Him". Ms. Sara Bareilles compared quite favorably to Yvonne Elliman's Mary Magdalene, and maybe even bested Elliman's performance in some respects. Still, if you are looking for a special chemistry of thespian perfection in these lead characters, you may have been disappointed.

Enter Brandon Victor Dixon as Judas Iscariot; he definitely had the stage acting learned to construct a perfect performance, and his tenor voice for this pivotal role rivaled John Legend's baritone at every note, which made Legend appear better in his role when they were opposite one another; bettering this antagonist theme sewn well and deep into this Passion presentation. Brandon Victor Dixon may be more unknown in his role, and did not receive top billing, which was reserved for John Legend, Sara Bareilles and Alice Cooper, in his short stint as Herod in the judgement phase of "Superstar"; however, Mr. Dixon may be better known for his inauspicious lecture to Vice President Mike Pence at the end of the Broadway play of "Hamilton". Yes, that was Brandon, the linked video does not lie. Regardless of past peccadilloes, Brandon stood above all other performers, and carried well this crucial role of Judas Iscariot; otherwise, the "Jesus Christ Superstar Live in Concert" would have possibly failed. It is that important of a role in this play; for without the betrayal of Judas, as prescribed by God, there would have been no martyred Passion, no Resurrection, no Redemptive Grace, no Christianity.


Brandon Victor Dixon as Judas Iscariot in his final temporal scene: Below.    Compare here with this version performed by Carol Anderson from the 1973 film, "Jesus Christ Superstar"; both outstanding.


As one can see from the videos, hyperlinked and just above, "Jesus Christ Superstar" - the big production play on NBC - was a masterful success. It was far different than the Norman Jewison film, but worked well enough to be enjoyed well into the future, and, I am sure that NBC will consider this success one that they may well wish to bring back before the public ... possibly on a seasonal basis.

Real performance art is rare, and when mixed with a powerful message it must be treasured. I treasure this message, these melodies, and am abundantly thankful that I have had the opportunity to witness this power for a span of 46 years. Composer Andrew Lloyd Webber and Lyricist Tim Rice beautifully composed and conveyed a simple message that real men and women walked this same earth, knew, loved, hated and betrayed the Son of God; that their passion for Him was real, that His ultimate Passion was real, and that we, real people, all have the redemptive hope that His love will set us free to one day walk with Him, talk with Him, and know true paradise. 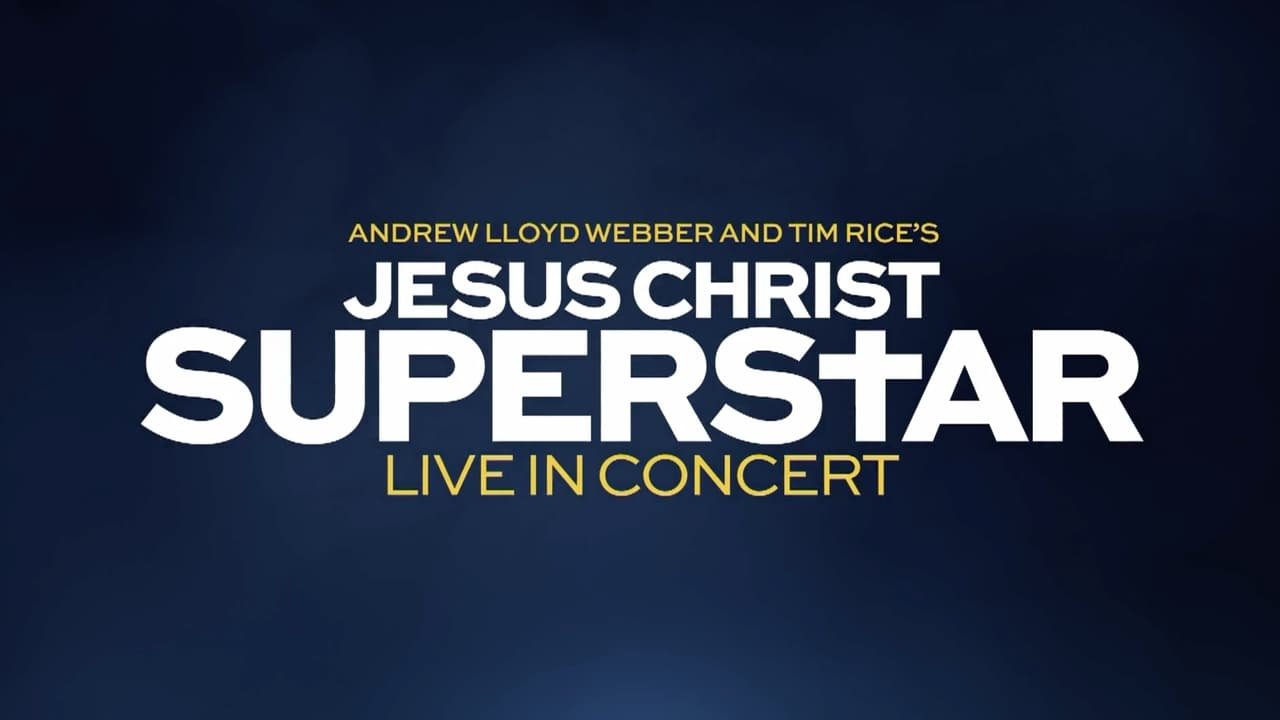