The Boy in the Striped Pyjamas

Their Hearts Belonged to the Third Reich

Any degree of humanity did not. The reality of Adolf Hitler's final solution (the extermination of the Jews) is explored through the eyes of an eight year old German Boy, Bruno, played Asa Butterfield, and to a lesser extent, Schmuel, played by Jack Scanlon. Both boys are the 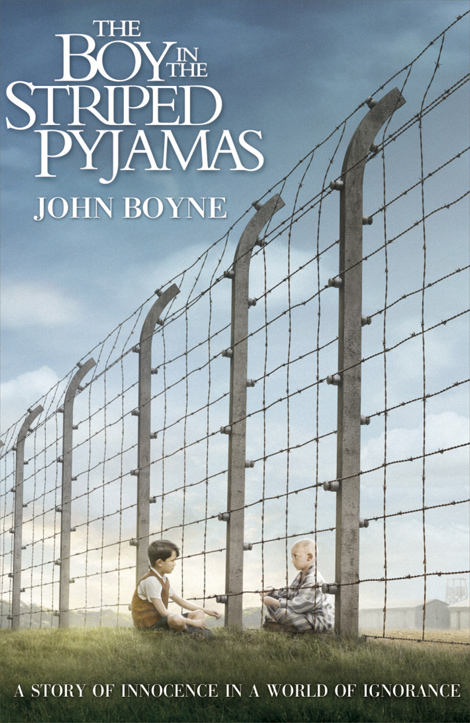 "The Boy in the Striped Pyjamas." Their individual stories that led them to that conclusion represent the intertwined paths of these two fated peoples: the Germans and the Jews.

Director Mark Herman, who also wrote the screenplay, an adaptation of a John Boyne novel, used the non threatening tones of soft, muted colors and the joyous banter of playful children to present a view of a Berlin, Germany that had not fully come to grips with the horror of World War II. Ironically, most of the rest of Europe had already paid a price for that nation's horrible behavior.

As the film begins in this joyous atmosphere of children happily running down the neat, clean street, arms spread wide with the wind beneath their outstretched wings, as if the children's bodies were the fuselages of gliding ME -109s, a corner is turned and we witness a depot for human cargo - Jews. These two worlds juxtaposed upon one another is the symbolic essence within this film that told an important story of the injustice of unbridled evil and its associated components. 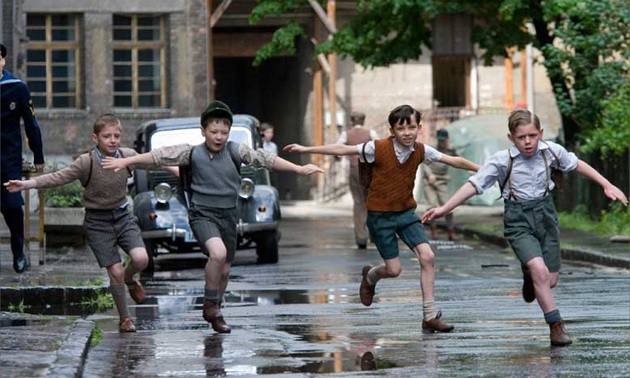 Even young German boys, unfazed by a war far, far away, play in the streets of a Berlin, yet untouched by the extensive allied bombing that would surely come.

The whole of this well told tale is the small recompense between the accessories to this evil: the monsters and the victims, as told through the relationship of children to a world that they once inhabited. For Bruno, this is a world of adventure: one of soldiers in battle and exploration of its many wonders. Bruno wants to grow up to be an explorer. For Schmuel, this is a world of labor and loss, of innocence lost and terrors around every corner as he lives in a pure world of monsters and unmitigated evil. Schmuel just longs to survive.

The story of their relationship takes each down long paths through a strange and most unnatural world, until they, because of the recent events within their lives, are inextricably drawn together. 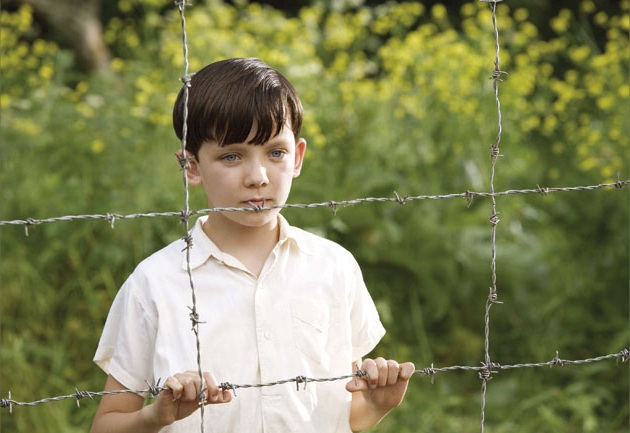 Bruno, played by Asa Butterfield, finally gets a first hand perspective of horror wrought by the madness of Adolf Hitler's Third Reich: Above. The young malnourished Jewish boy, Shmuel, played by Jack Scanlon, has the opposing view of looking toward freedom, and away from the horrors that is his childhood: Below. 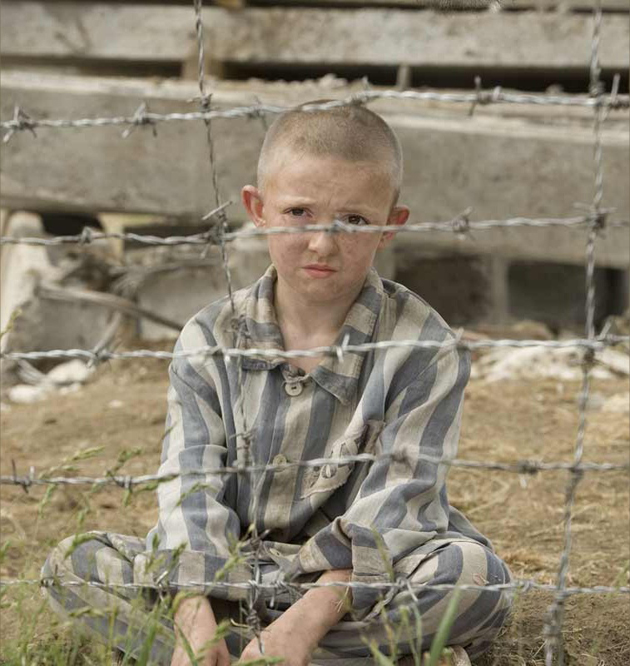 Bruno is raised by his father, the newly appointed Death Camp Commandant, portrayed in total reserved complicity by David Thewlis, to be a dutiful German. When Bruno leaves his fine home in Berlin to live in the minimalist Bauhaus influenced Mansion just barely out of view of the death camp - and barely is the operative word - he does not complain. When Bruno barely sees the "farm" (death camp) from his window, he sneaks out of the compound and as he explores his new environment, he begins to form new questions. Why are the children: wearing numbers, where is their hair, why are they always so hungry? Bruno, like the rest of the "better angels" of the German nation, are being lied to about the Death Camps, and Bruno, because of his proximity to the Holocaust, is one of the first to reconcile the difference between truth and fiction. As brutal as his father is in destroying the lives of people, Bruno desires to improve the existence of his new Jewish friend, Schmuel by bringing him food and providing a measure of companionship. 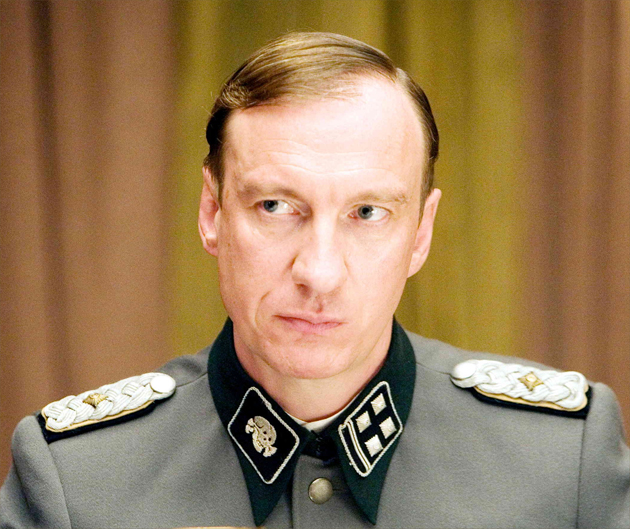 Brunos' father,Death Camp Commandant, played by David Thewlis, is committed to the Reich - above - while his mother, played by Vera Farmiga, is the contrasting nurturing mother: Below. 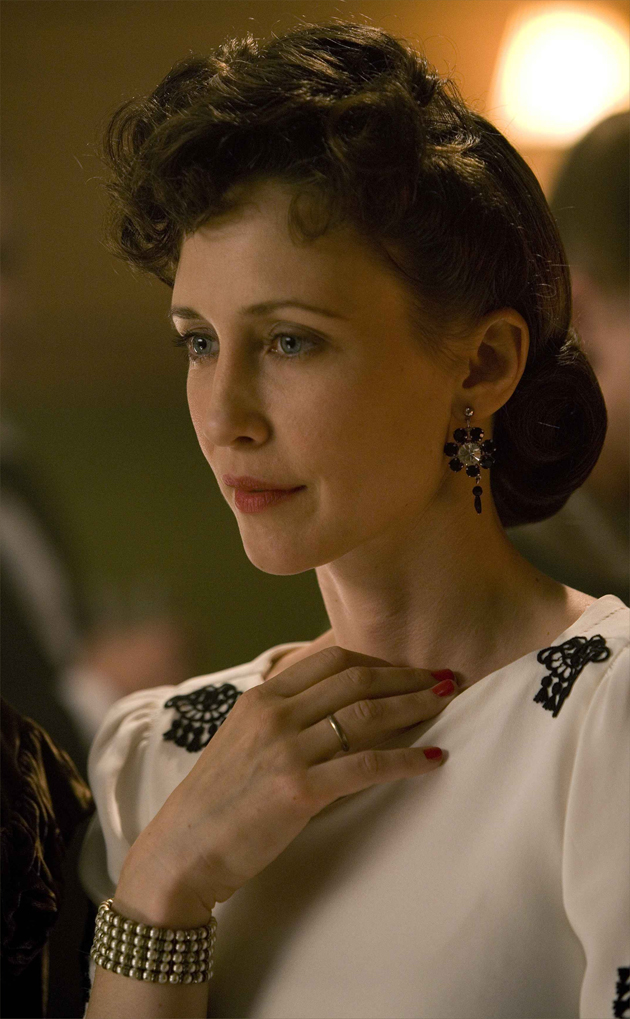 The Father / Death Camp Commandant's wife, played as a good German mother by Vera Farmiga, also has some deep questions that must be reconciled. She symbolizes the Germany that had no knowledge of the horrors perpetuated by her evil government, and enforced by its loyal Waffen SS. Once she discovers the complete horrors of the death camp, one is witness to this excellent actress (Farmiga) expressing, in measured tomes, the loss of the mother's visible spirit. Her irrepressible motherhood was in direct conflict with her husband's inhumanity, and as she was incapable of stopping his evil world, her spirit began to die. The symbol of her life sustaining motherhood, like the balance of the good German nation, became victims to the horrors of a madman, Adolf Hitler, and his cruel associates - their optimistic spirits perishing in a slower death. 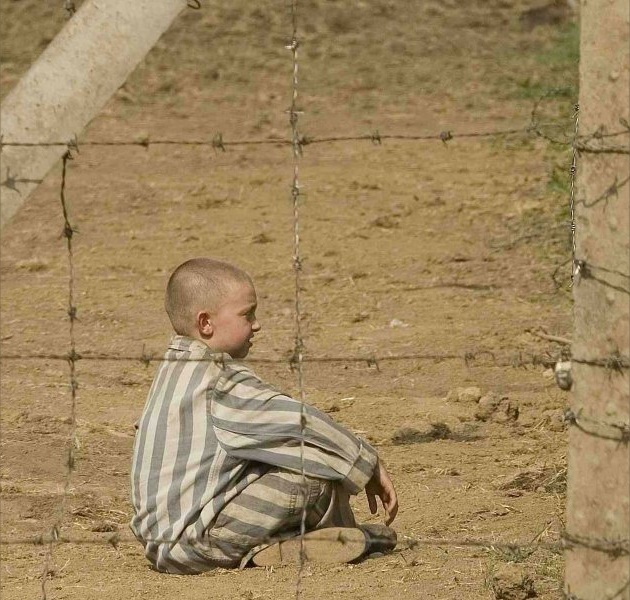 The strength of this film is the poignant contrasts of the lives of these two 8 year old boys, and the power in which this one film conveys that message: Above and below. 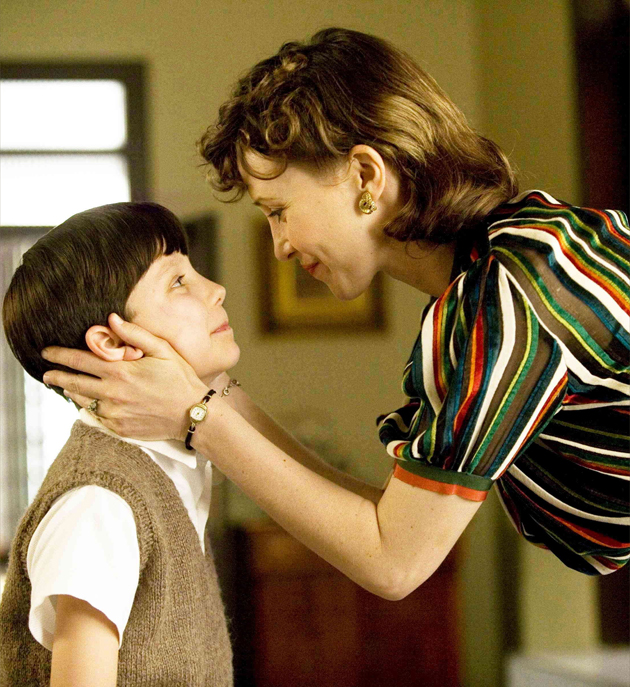 "The Boy in the Striped Pyjamas" is an important film in the ongoing explanation of how some men could evolve into such monsters, and, hopefully, how can it be prevented in the future? Showing the story through the eyes of children does not make it any more real, it does, however, broaden the scope of the broadcast of this message, so necessary in the prevention of the future promulgation of evil on this scale. We folks, who try to represent the good in opposition to the evil, should be thankful to the creators of this story that furnishes further ammunition to resolve the ignorance of certain facts, which should not perish from this earth.