Why Aren't We Benefiting From Falling Costs of Solar? | Eastern North Carolina Now | It's a feature in reporting about solar energy to discuss how dramatically its costs have declined.

Why Aren't We Benefiting From Falling Costs of Solar? 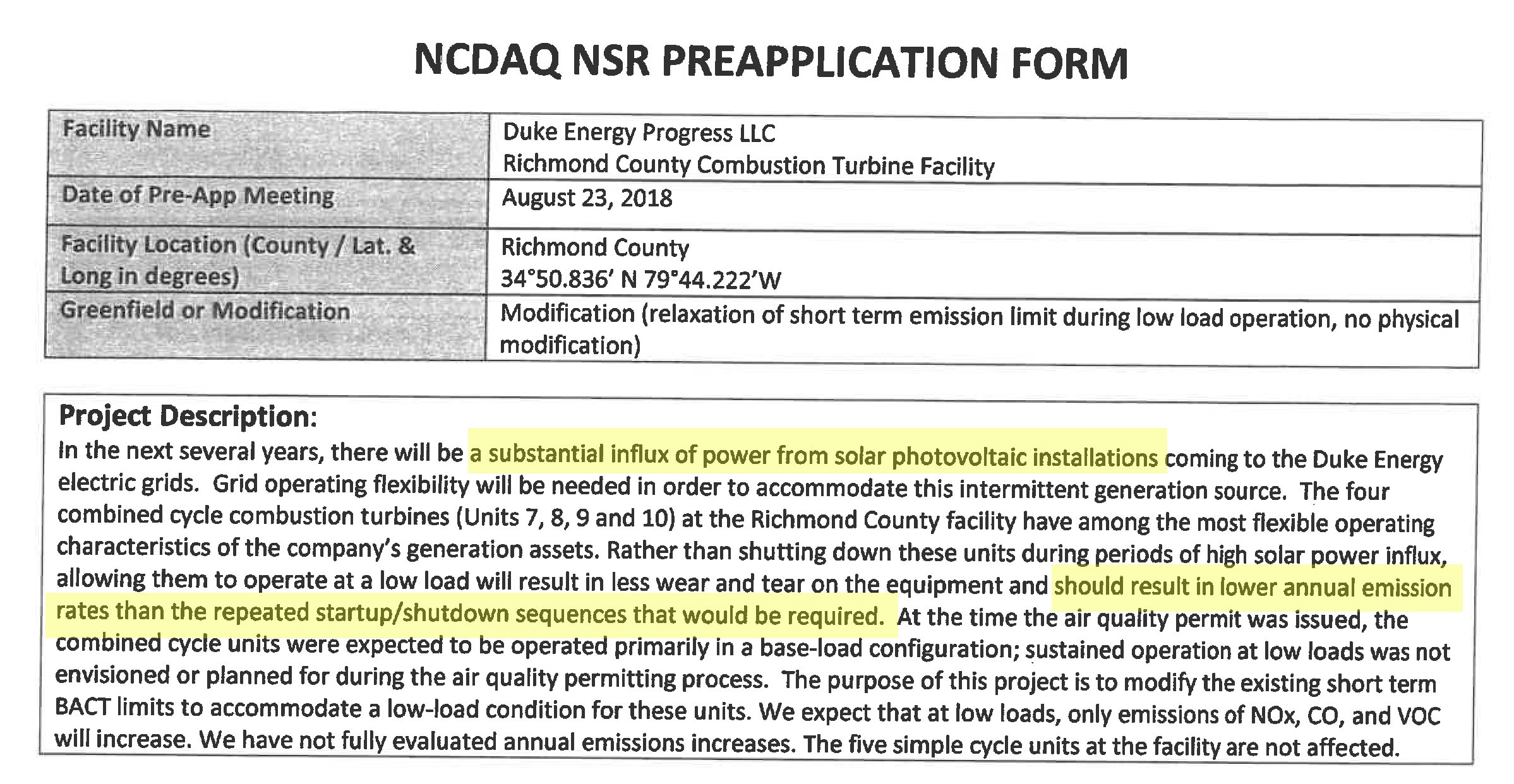 It's a feature in reporting about solar energy to discuss how dramatically its costs have declined. That tends to be misleading because solar is a completely unreliable resource on its own. As Strata Solar disclosed in its application to build a solar farm on Gov. Roy Cooper's Nash County property: "Solar is an intermittent energy source, and therefore the maximum dependable capacity is 0 MW."

Properly accounting for the cost of solar energy means taking into account the cost of the backup generation that has to accompany it. Taking that into account, the levelized cost of new solar plants is far more expensive than the levelized cost of existing power plants (including nearly three times more expensive than the most efficient zero-emissions source, nuclear).

Duke Energy's request to the N.C. Division of Air Quality showed why this additional cost has to be factored in, in the course of illustrating the ironic environmental cost of adding solar.

It's because solar is intermittent and can't be relied upon (a "maximum dependable capacity of zero") that the utility has to have a reliable, traditional fuel source ready to supplement and take over during the few hours in the day solar could be producing. In addition to making the utility use the traditional fuel source inefficiently, leading to greater emissions than under normal use, it's more expensive. Those costs are passed through to the consumers.

Billions of dollars in unnecessary overpayment

Utilities are required by PURPA (the Public Utility Regulatory Policies Act of 1978) to buy any and all power generated by qualifying solar and wind facilities in their areas, without any regard to whether the utility needs the power at the moment. This law makes electricity utilities buy overpriced electricity they don't need, and those costs are passed directly to the consumer.

These graphs from the report show how the "avoided-cost" rates awarded the PURPA QFs generally far outstrip the competitive market rates won by other facilities providing energy from the same source (solar or wind): 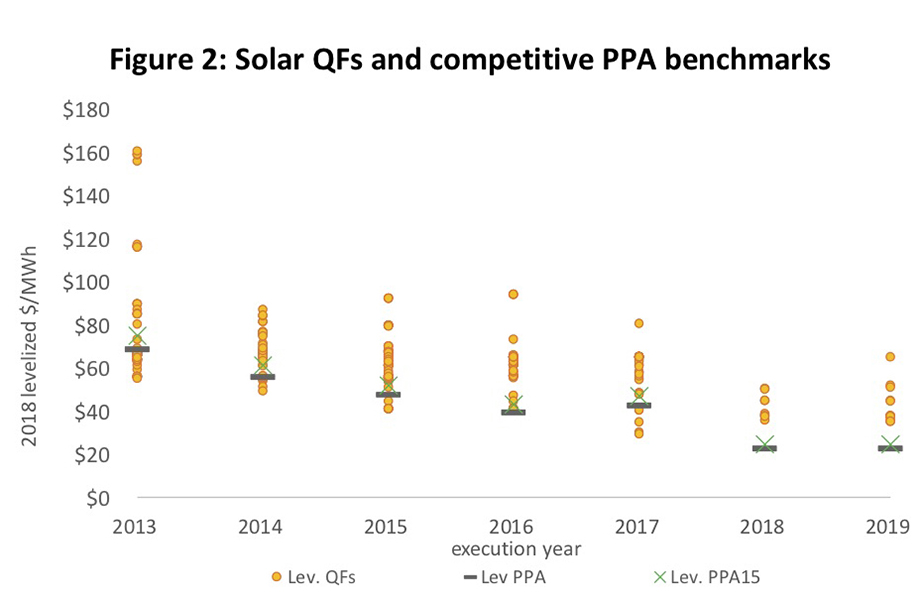 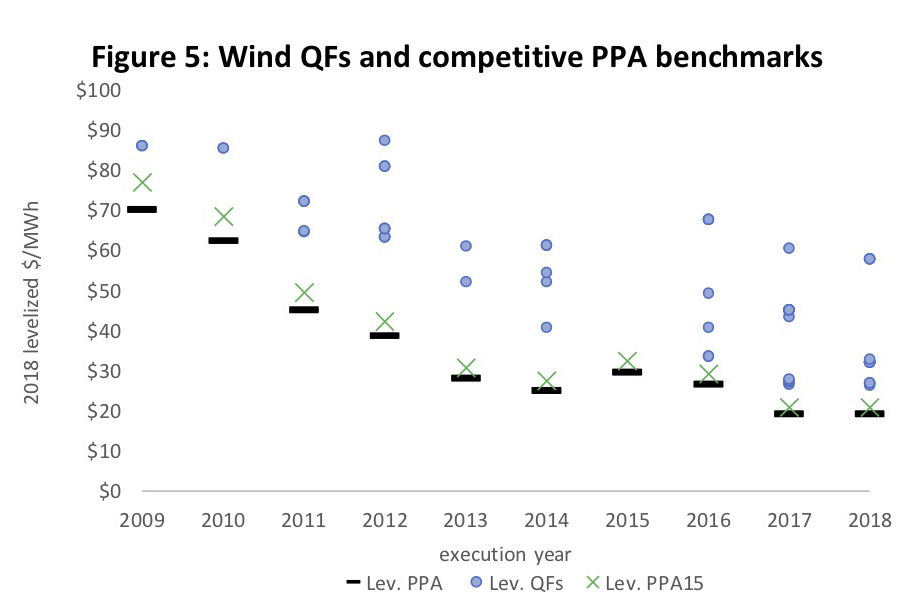 But look again: you can also see the decline in costs to provide solar and wind power over time. That's the reported good news, but there's a catch for consumers. Look back at those higher QF rates and realize another thing: where those contract rates are fixed (and the contracts last for several years) consumers will continue to be forced to pay those super high rates even as the actual cost of generating the electricity has been falling.

North Carolinians are really stuck because we have:

Let's not forget that Gov. Cooper "improperly used the influence and authority of his Office" to pressure Duke Energy into contracting with 240 solar companies under the older, higher-rate, 15-year contracts. Those companies otherwise would have been subject to competitive bidding. Instead, we'll be overpaying them more and more through the year 2033.

The Federal Energy Regulatory Commission (FERC) has proposed giving states more flexibility to let PURPA rates to qualifying renewable energy facilities vary according to market conditions. That would be a good standard to adopt for North Carolina. We don't need to be held hostage to high rates lasting 10-15 years while actual costs are declining.

Cost savings ought to be shared.
Go Back