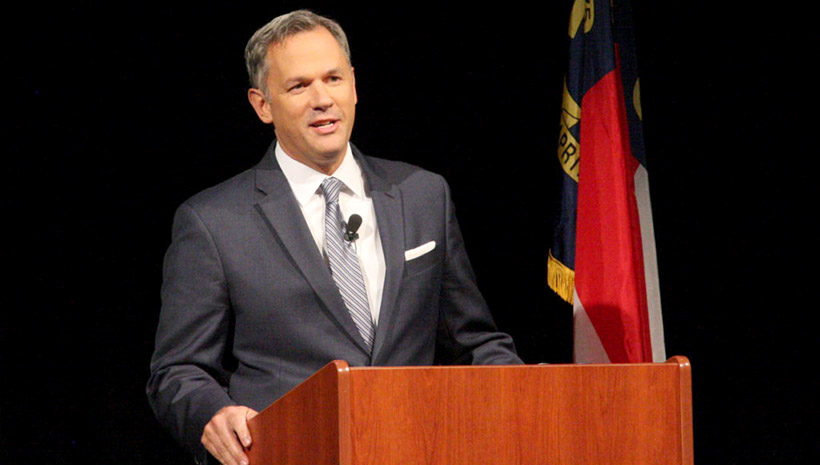 Lt. Gov. Dan Forest has filed a lawsuit against Gov. Roy Cooper. The Republican Forest and the Democrat Cooper face each other in the 2020 gubernatorial election.


Forest cites seven coronavirus-related executive orders Cooper issued as "shutdown orders" that didn't get approval from the Council of State.

Forest also says the quarantine and isolation aspects of the orders should have fallen under the powers of state health director Dr. Mandy Cohen rather than the governor. But if the governor used the health director's powers, he should be constrained by the law - which says any quarantine or isolation order "shall not exceed 30 days." Extending such an order beyond 30 days requires the approval of a Superior Court judge, and Cooper hasn't asked for that approval or gotten it, the filing says.

The lawsuit wants a judge to end the emergency orders and refuse to allow any new ones unless they receive the backing of a majority of the Council of State.

Carolina Journal will provide more information on the lawsuit as it develops.