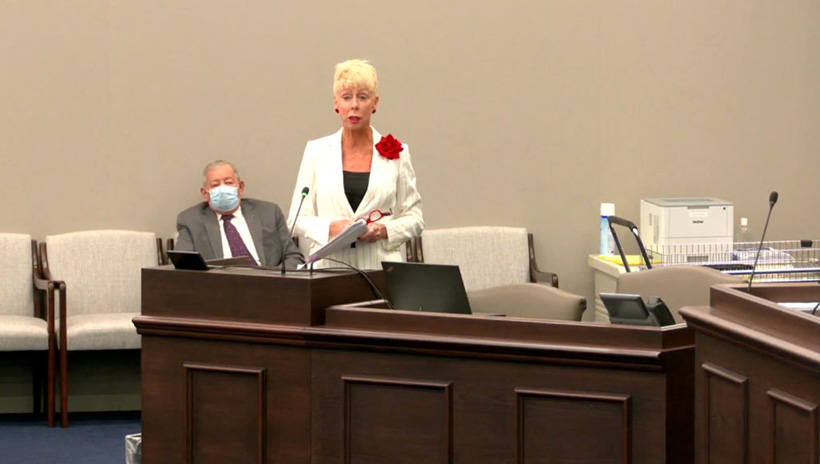 The Department of Public Instruction spent $76 million of Coronavirus Relief Funds without making sure the money was helping students, a new audit report says.

Online learning has created one of the worst years for student success in North Carolina. Almost one in five students aren't attending class regularly, and experts say the damage will follow students for years. More children will be held back in school, and fewer will graduate.

The federal relief money was meant to combat that learning loss and protect students' futures. But the department spent that money without critical quality checks. In some cases, no attempt was made to measure the results of spending or guard against misuse, according to the audit report, released Wednesday, Dec. 2.

The department defended its practices, saying it monitored the money.

"There is no excuse," said Terry Stoops, John Locke Foundation vice president for research and education studies. "DPI proclaims that its core mission is to 'lead and uphold the system of public education in North Carolina.' Doing so demands that the agency be a vigilant guardian of taxpayer resources. It failed to fulfill that responsibility."

The legislature appropriated $70 million to help students catch up with a summer learning program. The department spent just $31 million by the end of August, and it didn't verify whether the money was improving student's ability in reading or math.

They are at high risk of advancing without effective help into the next grade, where they will struggle still more, Wood says. For elementary school students, the damage could be severe. Mastering reading before the third grade is so critical that it has dominated the legislature's education policy for almost a decade.

"It's never been more critical to get this done," Wood told Carolina Journal. "The failing rate in our public school system is higher than it's ever been because COVID and online learning. Put that on top of those children who were failing last year but moved up a grade — and it's a catastrophe."

When schools moved online, low-income students were left behind. About 900,000 students lost their ready access to meals that schools once provided. The department poured $37 million into nutrition programs for low-income students, but no one measured results.

Now, taxpayers have no way of knowing whether the department actually fed the children who needed meals, Wood said.

"If the state can't pivot for its citizens in a time of crisis, then who in the world do the citizens have? No one," Wood said.

The department failed to monitor how public schools spent another $76 million. While allocating the money, the department didn't even create a plan to reduce the risk of misspending, says the audit.

"That's a pretty damning report," Rep. Craig Horn, R-Union, said. "I hope the report is mistaken, but my experience with the state auditor is that she knows what she's doing. ... Somebody needs to be held responsible. I'm tired of people saying I'm sorry and then going about their merry way."

The legislature must create new accountability standards for the State Board of Education, Horn said.

"It's the legislature's job to hold people accountable for spending the taxpayer's dollar," Horn said. "And I expect the legislature to do exactly that."

The department pushed back against the audit's findings. It blamed the State Board of Education for terminating the tool used to measure student learning against the advice of the department. And it argued that it was carefully monitoring the use of funds, promising to create a report for the General Assembly after December.

"We fully stand by how we distributed nutrition funds," the department said in a statement. "Additional requirements that some would demand would have likely risked that already vulnerable children across N.C. would have gone hungry."

"DPI could have been the eyes and ears to make sure the money was being spent on the right things. But they didn't," Wood said. "This is the case across the state government. When you spend a dollar, make sure you've got a dollar's worth."

*Editor's note: The auditor's office contacted Carolina Journal after this story was published to say the amount of misspent coronavirus funds was $76 million, less than we were first told.