State Lawmakers Look To Eliminate Hand-Held Cellphone Use by Drivers 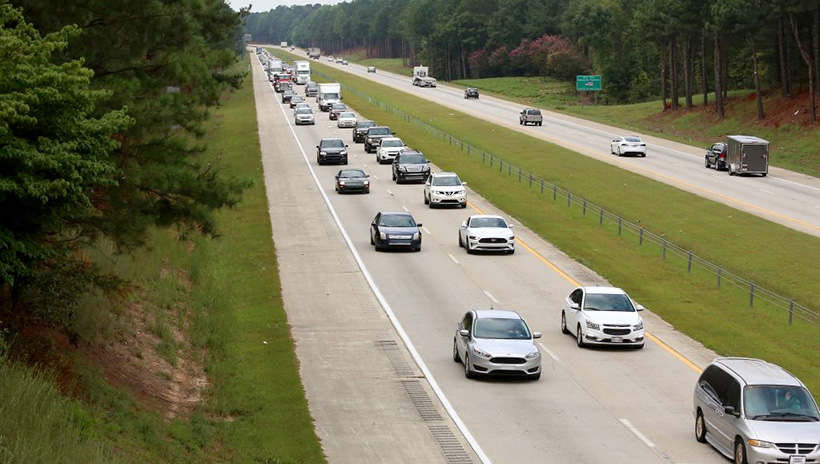 State lawmakers are trying again to eliminate the use of hand-held cellphones by operators of motor vehicles.

A bipartisan group of legislators recently introduced Senate Bill 20, "Hands Free NC," in hopes it will go into effect July 1 if passed by the legislature and signed into law by Gov. Roy Cooper.

The bill would allow the use of cell phones by adults as long as no part of their bodies — including their laps — are required to hold a phone. In effect, it encourages people to route phone calls through their car speakers, a feature of most modern vehicles, or to use devices that attach phones to their bodies.

The legislation would bans teenagers from all wireless communication use while driving, other than navigation systems in which the address is inputted while the vehicle is not in motion. That's not an uncommon sentiment. The National Conference of State Legislatures reports that 36 states and Washington, D.C., have laws on the books prohibiting cell-phone use by teens.

The NCSL said that of 220 million wireless subscribers in the U.S., 80% of them use their cell phones will driving. A sobering state from the NCSL: during daylight hours an estimated 800,000 vehicles are being operated by someone currently using a cell phone.

SB20 exempts law enforcement officers, fire fighters, ambulance drivers, and other medical personnel, and it allows people to make emergency calls. School bus drivers face stiffer penalties — while most people found guilty of the offense would face fines of $100 to $200, a school bus driver who violated the law could be charged with a Class 2 misdemeanor. That charge could result in up to 60 days in jail and a $1,000 fine.

North Carolina banned texting while driving in 2009, one of 48 states with such a law on the books. Half of the states also have implemented bans on hand-held cell phone usage.

The 2021 attempt is a slimmed-down version of a bill that failed in 2019. House Bill 144 was approved 91-24, but stalled in a Senate committee after an attempted broadening of the language to include eating while driving or applying makeup. The bill also faced robust discussion on whether the bill represented overreach.

Mitch Kokai, senior policy analyst for the John Locke Foundation, pointed out the concern over loss of freedom could result in the bill facing "skepticism from lawmakers who believe it's not the government's proper role to put this type of restriction in place."