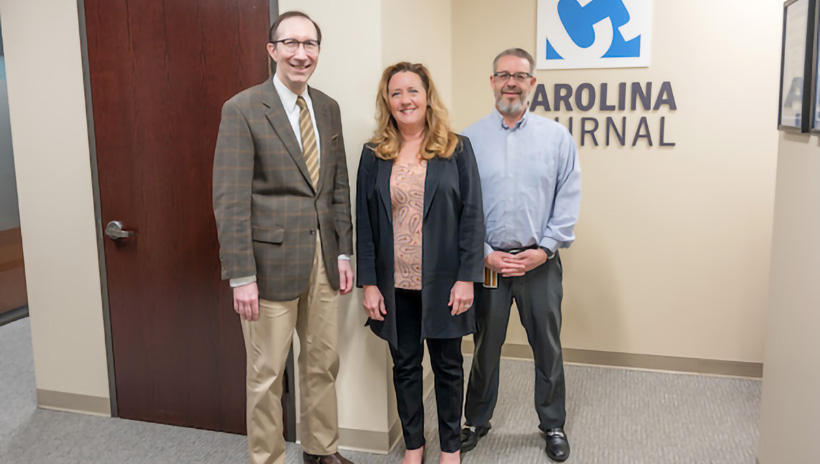 Carolina Journal once again was recognized by its peers for excellence in journalism, winning five awards presented by the N.C. Press Association.

The awards were presented by video as part of the N.C. Press Association's 2020 Editorial and Advertising Contest during its annual conference.

CJ first entered the competition in 2017 and has won nearly 20 awards for news, feature, businesses, and opinion writing.

In 2020, CJ swept the category for Serious Columns in Division O, for online publications.

Amy Cooke, CJ publisher and John Locke Foundation CEO, earned first-place honors for Serious Columns. Her collection of columns, "Lessons for a newcomer during a turbulent year," earned praise from the judges.

"Super job, you nailed all of the points this category was to be judged upon," they wrote. "A publisher, indeed!!!"

"On my bio page at my former employer I listed my three favorite books: Oxford English Dictionary, Roget's Thesaurus, and Bartlett's Familiar Quotations," Cooke said. "Bottom line: I love words. So, few things are more rewarding than having my own words recognized by fellow press association members."

Kari Travis and John Trump, CJ interim executive editor, combined to earn a second-place award in the category of Beat Feature Reporting with a story about craft alcohol businesses struggling during the pandemic.

"Excellent coverage of a unique, small business. Represents the challenge all small businesses face during the pandemic," the judges wrote.

Trump also got second place in Serious Columns for a collection of columns titled "First in Freedom is a work in progress."

Travis in 2020 earned a third-place writing award for a piece about North Carolina giving the U.S. Golf Association $18 million in incentives and millions of dollars in extra tax breaks.

The N.C. Press Association since 1873 has supported N.C. newspapers, readership, and advertising.

"We work to protect the public's right to know through the defense of open government and First Amendment freedoms, and we help maintain the public's access to local, state, and federal governments," the group says on its website.