Could Panthers QB Will Grier Get a Chance To Shine in 2021? | Beaufort County Now | Will Grier taking snaps with Christian McCaffrey in a recent offseason workout set social media ablaze this week.

Could Panthers QB Will Grier Get a Chance To Shine in 2021? 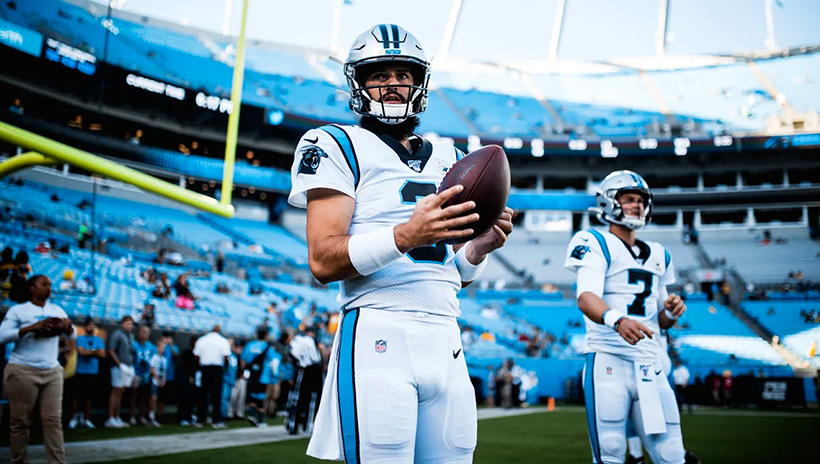 Will Grier taking snaps with Christian McCaffrey in a recent offseason workout set social media ablaze this week. The Carolina Panthers quarterback is from the area and was probably just helping the All-Pro running back with his road to recovery ahead of OTAs. But it did leave some questioning whether this would be the year that the former third-round pick gets a bigger role.

A lot needs to go right for Grier before he's going to be considered as Carolina's No. 1. It hasn't been the easiest of starts to life in the league for the former West Virginia standout, who the Panthers moved up in the 2019 NFL Draft to acquire.

Firstly, it's still unknown what direction Carolina goes from here after the San Francisco 49ers came up with a trade package that saw them surge up to No. 3 overall in the draft. This puts a dent in their plans to possibly select a franchise signal-caller of the future in pursuit of an upgrade on Teddy Bridgewater, who failed to come through when it mattered most in 2020.