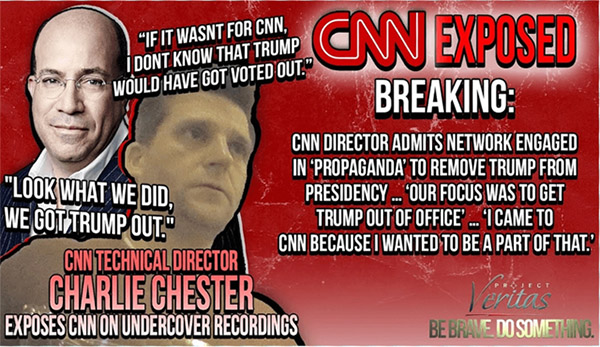 In the clip below, Chester admits the network will soon shift to fear-mongering over climate change.

“Fear sells,” he gloats. “No one ever says those things out loud, but it’s obvious.”

WATCH: CNN Director Admits Network Pumps 'Propaganda' and 'Speculation' – "Our Focus Was to Get Trump Out of Office" (thenationalpulse.com)