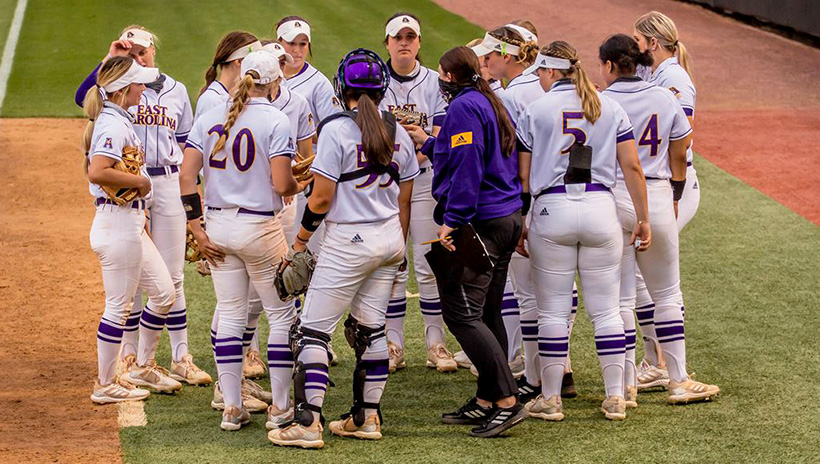 Justene Molina and Kaitlyn Jensen racked up two hits apiece to pace UCF while Olivia Narron, Rachel McCollum and Faith Jarvis recorded a base knock each. Juliana Wilson drove in two of the Knights' eight runs.

Mancha allowed just three hits in the seven innings, walked three batters and struck out one. Logyn Estes (0-4) was saddled with the loss, allowing three runs on four hits in 1.1 frames.

UCF scored all the offense it would need in the top of the second inning. A leadoff walk to Jada Cody proceeded a single off the bat of Katie Burge. The runners would move into scoring position via a wild pitch before a foul out allowed Cody to scoot home and put the Knights on top. An RBI single by Jazmine Esparza and a fielder's choice play accounted for the second and third runs of the stanza.

ECU attempted to answer in the bottom of the third with Narron on third and McCollum on first with two away, but a fly ball to the warning track was caught and terminated the inning.

The Knights rapped out five hits in the sixth and seventh innings, scoring five runs to provide the final score.

Up Next: The Pirates travel to Houston next weekend for a league series at the Cougar Softball Stadium.
Go Back