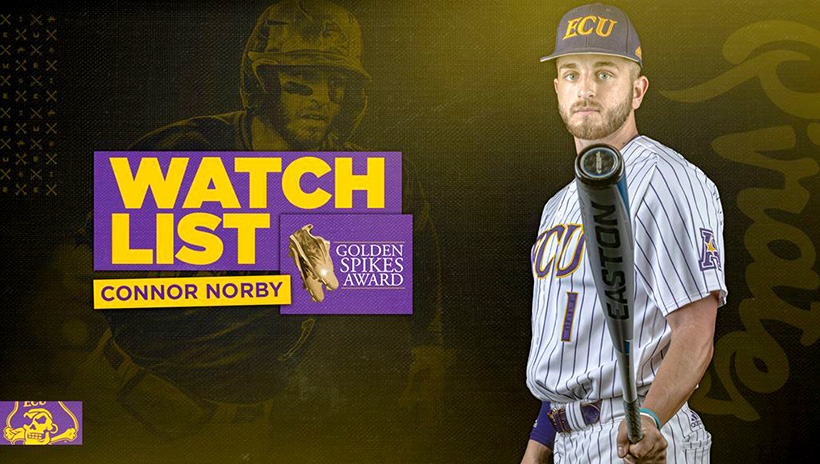 The Kernersville, N.C. native leads the Pirates and American Athletic Conference in batting average (.442), hits (57), on-base percentage (.482) and total bases (92). He also stands as the team leader in doubles (eight), runs (31), slugging percentage (.713) and stolen bases (eight), while ranking second in home runs (nine) and RBI (31). On a national scale, Norby is second in hits, third in total bases, fifth in hits per game (1.84), seventh in batting average and 29th in home runs.

Heading into this weekend's series at Houston, Norby is currently riding an 18-game hitting streak and has reached base in 38 consecutive contests dating back to the 2020 season. He has registered at least one hit in 30 of 31 games thus far, leads the program with 19 multi-hit and eight multi-RBI games and has scored at least one run in 23 contests (multiple seven times).

USA Baseball will announce the semifinalists on June 8 and its finalists on June 24. Fan voting will once again be a part of the Golden Spikes Award in 2021. Beginning with the semifinalist announcement and continuing through the finalist round voting deadline, fans from across the country will be able to vote for their favorite player on GoldenSpikesAward.com. The winner of the 43rd Golden Spikes Award will be named in July.