Published: Sunday, May 9th, 2021 @ 4:30 pm
By: Carolina Journal   ( More Entries )
Publisher's Note: This post appears here courtesy of the Carolina Journal. The author of this post is David N. Bass. 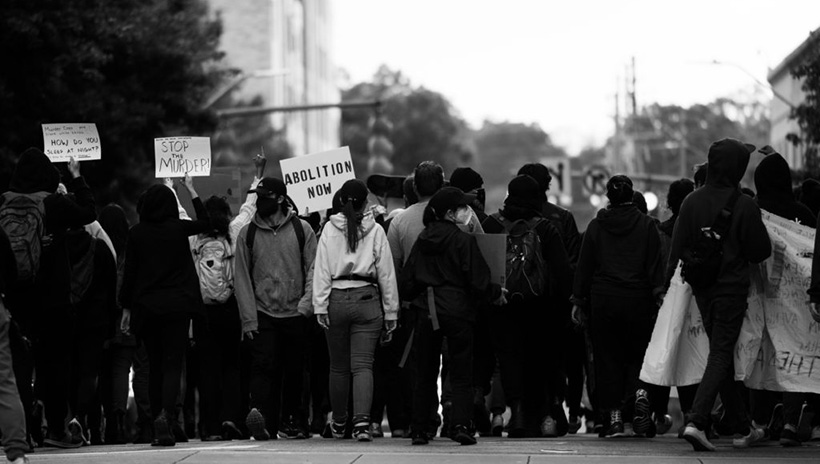 Anti-rioting legislation is being run while lawmakers continue to debate bills to both support law enforcement and shore up accountability for policing. | Photo: Maya Reagan / Carolina Journal

Republican leadership in the General Assembly has introduced legislation to increase penalties for rioting across North Carolina.

House Bill 805 would establish a new level of felony penalties for rioters who cause property damage or serious bodily injury or death to others, including physical violence to first responders.

The bill allows business owners who sustain damage, or people physically harmed, to sue the perpetrators for up to three times the actual damages sustained, in addition to legal fees.

"Riots and looting devastated many North Carolina downtowns last year at a time when many small businesses were already struggling," said H.B. 805's primary sponsor, House Speaker Tim Moore, R-Cleveland. "This legislation will seek to deter future riots and increase penalties on those who engage in this anti-social anarchy."

"The destruction we saw last year cannot be repeated," said Rep. John Sauls, R-Lee. "Peaceful protesting is important and protected by the Constitution, but those who destroyed downtowns were not interested in making a political point. Instead, they were acting lawlessly and often minority-owned businesses were the hardest hit."

H.B 805 is expected to be on the House floor as early as next week.

Anti-rioting legislation is being run while lawmakers continue to debate bills to both support law enforcement and shore up accountability for policing.

On the Senate side, Senate Bill 300 is a broader effort that includes many of the Republicans' priorities listed above.

"It's not an either-or question," said Moore. "We can pass legislation to crack down on rioters and looters and those who hurt law enforcement officers while also ensuring police are trained to prevent abuse and that the few offices who have abused their authority are held accountable."

Democrats are pushing a series of more aggressive bills that are unlikely to see the light of day this session. During a news conference Tuesday, May 4, Democrats previewed a number of the bills they are running, including legislation to create a public database of police infractions, ban chokeholds, increase racial diversity in recruitment of police, modify laws on releasing police bodycam footage, and prohibit no-knock warrants.

"These are difficult issues. We don't expect to get them right today or tomorrow. But you've got to keep having the conversation," said House Minority Leader Robert Reives, D-Chatham.
Go Back