N.C. Board of Elections Votes to Rehire Brinson Bell as Executive Director

Published: Monday, May 24th, 2021 @ 4:27 pm
By: Carolina Journal   ( More Entries )
Publisher's Note: This post appears here courtesy of the Carolina Journal. The author of this post is David N. Bass. 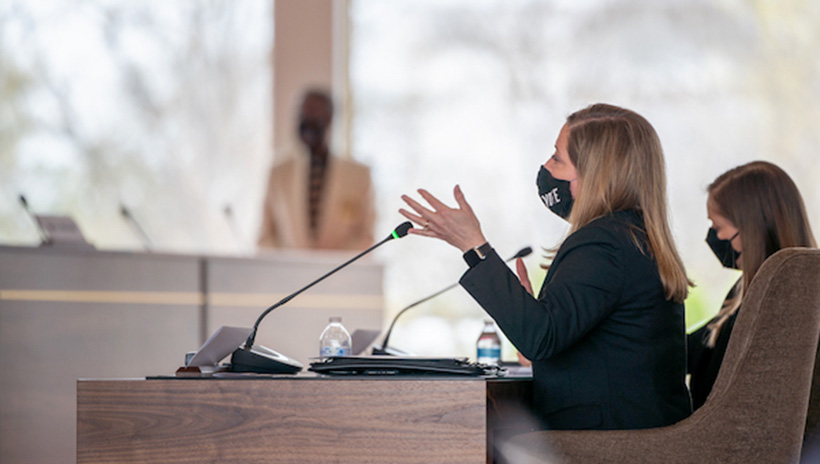 The N.C. Board of Elections voted Friday, May 14, to rehire Karen Brinson Bell as executive director. Board members Tommy Tucker and Stacey "Four" Eggers were the only dissenting votes.

The move drew criticism from Republicans in the General Assembly who have recently called actions by Brinson Bell during the 2020 election into question.

"Director Brinson Bell's conduct has caused many Republican legislators to have no confidence in her commitment to impartiality," said André J. Béliveau, legislative assistant to Sen. Paul Newton, R-Cabarrus, who has been a leader on election-reform efforts this session in the Senate.

"Senator Newton is very concerned that there is potential for Director Brinson Bell and the [BOE], under her leadership, to conduct themselves in the future as was done in 2020 by secretly changing election law," Béliveau added. "North Carolinians deserve to have restored confidence in the administration of their elections and having Director Brinson Bell continue in her leadership role erodes the trust they deserve."

"I am very enthusiastic about this one," Circosta said. "I've gotten the pleasure to know Ms. Brinson Bell over the last two years and seen her work through probably the most extraordinary election in my lifetime, certainly. I've also been around North Carolina elections for most of my adult life, certainly most of my career, and in my estimation over the long history that I've seen this agency work, she has been unparalleled in her bipartisanship, in her professionalism, in her ability to get work done in the most trying of circumstances."

The term of the executive director is two years. Brinson Bell was originally hired in June 2019.

Both the Senate and the House have moved bills in recent weeks that would outlaw collusive settlements. The bills would require the state attorney general's office to get sign-off from the legislature before reaching a settlement on a lawsuit in which the General Assembly is a party.

The legislation is meant to resolve the type of situation that evolved in 2020, when Republicans claim that Brinson Bell, a registered Democrat, changed election law after voting began last year and worked with Attorney General Josh Stein, also a Democrat, to reach a secret settlement in a lawsuit brought against the state by Democrat attorney Marc Elias.

"While Brinson Bell has demonstrated some administrative chops and would likely be a good mid-level bureaucrat, the Board of Elections under her leadership has demonstrated a cavalier attitude towards staying within the bounds of election law," said Dr. Andy Jackson, director of the Civitas Center for Public Integrity at the John Locke Foundation. "By reappointing Brinson Bell, the State Board of Elections has rewarded bad bureaucratic behavior."
Go Back