Critical Race Theory in North Carolina schools - 2021 | Beaufort County Now | Call it by whatever name you wish, it must be stopped 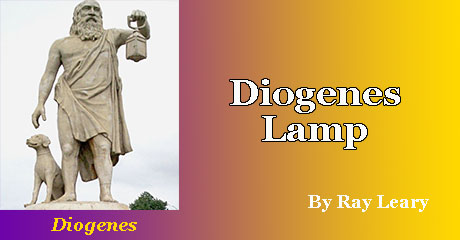 Diversity, Equity, Inclusion, Intersectionality, Anti-Racist… What does this mean in relation to K-12 education in North Carolina public schools? These are the buzz words used to cloak Critical Race Theory teaching in the public schools.

Critical Race Theory teaches young students there are two classes of people in the United States; oppressed and oppressors. The oppressed are people of color and the oppressors are white people of European descent. It teaches our students in grades K-12 that every institution, local, state, and federal institutional policies from the founding of the United States to the present day are based upon racism. The proponents of CRT ignore the 13th, 14th, and 15th amendments to the US Constitution that corrected the practice of enslavement of persons brought to the United States colonies during the 17th, 18th, and 19th centuries. The proponents of teaching CRT ignore the Civil Rights legislation of the 1950s and 1960s that eliminated the “separate but equal” segregated schools. They ignore everything that has sought to correct the inequalities via the amendment process to the US Constitution and laws passed in the 20th century to unite all citizens of the United States since the founding in 1776.

The Marxist Critical Race Theory was used during the 1930s in Germany to marginalize Jews. Eventually, this led to the extermination of more than 6 million people that were deemed not worthy of living in this world. It now appears that this Marxist theory is being used by the progressive left to foment division between the races in the United States.

There are many citizens today that were not alive during the 1950s, 1960s, and 1970s when these divisions were addressed by the Civil Rights and Voting Rights Acts. The progressives are again raising Jim Crow issues that do not exist today which a large percentage of which voting age citizens are not cognizant. They have never seen “Whites Only” or “No Colored” signs posted on the windows or doors of public business establishments. There are even proponents of segregating college dormitories today. This is insane!

The progressive left has been working to destroy the US Constitution for over 100 years. The Constitution has survived through the turmoil of WW I, the Great Depression, WW II, the Korean conflict, the 1960’s which saw conflicts over integration of the public schools, the assassination of three US leaders, the middle east conflicts since the early 1990s, and various economic downturns over the last 60 years.

Now, the progressive left is seeking to destroy the Bill of Rights by banning dissent, banning the Second Amendment right to own guns, banning due process with Red Flag laws, forced vaccinations, severely limiting public comments at public meetings, defunding police, eliminating prosecution of felonies, releasing violent criminals, refusing to investigate or prosecute property crimes, and restricting free speech on the various public media platforms. If you have read Bill Ayer’s book, Rules for Radicals, it is easy to see what is happening in the US. The constitutional freedoms are under attack. This is not a racist, homophobic, or sexist issue. It is the radical left against the conservative right. Your elected officials either support this attack on your rights or they don’t. It is up to you to decide which position you support.

Critical Race Theory is the latest attack on America. Indoctrination of school aged children by teaching minorities they are oppressed because of their race while teaching their white classmates they are racist and oppressors is nothing less than pure evil.

We are continually told that CRT is not being taught in NC schools. However, a study conducted by North Carolina’s Lt. Governor Mark Robinson in 2021, tells a different story. When he asked NC educators and parents to submit comments related to CRT, over 500 submissions were received that left no doubt that many elements of CRT are prevalent in NC schools. There were submissions that noted there are books in the school libraries that graphically depict sexual encounters between same gender adolescent individuals, child pornography, and pedophilia. He displayed examples this week on media outlets in defense of his comments made in a church service earlier this year. He has been asked to resign for exposing this.

The Johnston County Board of Commissioners reacted to CRT in the Johnston County public schools by withholding $7.9 million in funds to the Johnston County School Board if they did not adopt a policy prohibiting the teaching of any tenants of CRT. The school board responded by amending the Board Policy Code: 5100 Code of Ethics and Standards of Conduct. This policy may be viewed at this link.

Racism causes damage to individuals and the community. When racism is present, it creates a lack of trust and respect. No student or staff member shall be subjected to the notion that racism is a permanent component of American life. No unequal value shall be placed on any race, gender, religion, ethnicity, social class, or any other identity group.

No fictional accounts or narratives shall be used to invalidate actual objective historical events.  All people who contributed to American Society will be recognized and presented as reformists, innovators and heroes to our culture.

Failure to comply with this policy will result in disciplinary action up to and including dismissal.

There are four members of the Beaufort County school board up for reelection in 2022. The school board elections are partisan elections in 2022, which means they will be on the primary ballot in March 2022 if any of them have registered opposition. If the incumbents refuse to support the resolution prohibiting the teaching CRT, they need to be defeated during the primary elections.