Published: Thursday, December 9th, 2021 @ 8:02 am
By: Carolina Journal   ( More Entries )
Publisher's Note: This post appears here courtesy of the Carolina Journal. The author of this post is CJ Staff. 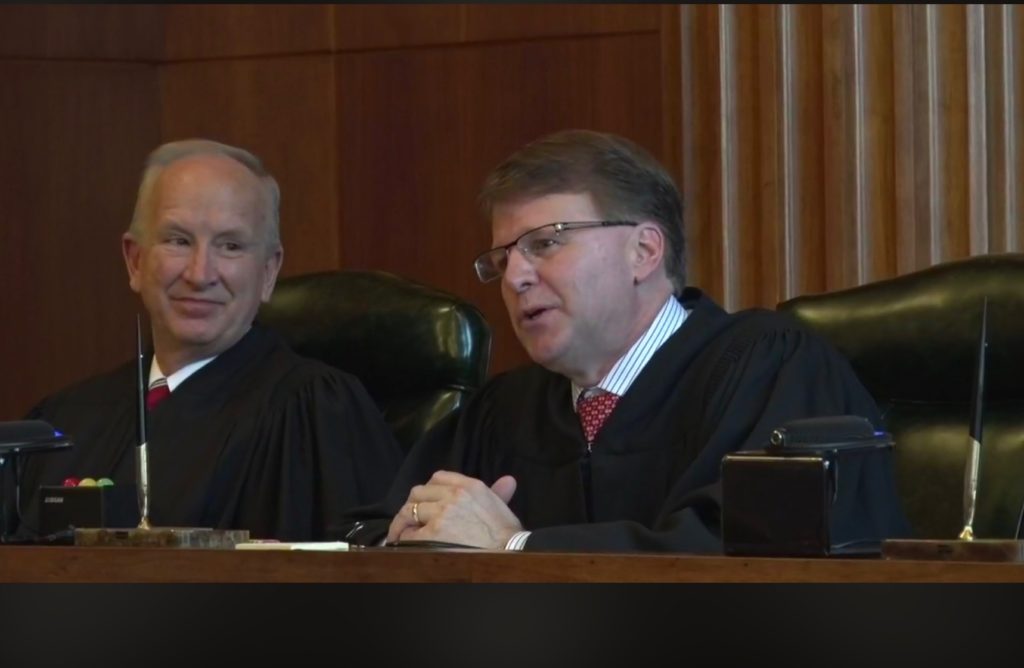 Three former N.C. Supreme Court justices, all Republicans, are urging the current court not to move forward with forcibly removing colleagues from a high-profile voter ID case. They make their argument in a friend-of-the-court brief filed Wednesday.

"The Court should begin by scrutinizing the impact that allowing this motion would have on the public's perception of its independence, integrity, and impartiality," the justices write.

"Adopting a policy that allows a certain number of justices to require the involuntary recusal of one or more of their colleagues in this case threatens to upend these core principles. Absent a compelling reason for this departure from custom, the public likely would conclude that the rule change is motivated by its anticipated impact on the case's outcome."

The former justices urge the Supreme Court to "decline plaintiff's invitation" for two reasons. First, there is no "compelling reason" to adopt a new procedure for forced removal of justices.

"Second, departing from the longstanding rule in the middle of a specific case would erode public trust and confidence in our courts," the former justices write. "This Court should not impose upon itself such a high price. Prudence counsels strongly in favor of retaining the established rule during the pendency of a specific case."

The court's existing recusal procedure allows individual justices to decide for themselves when they should avoid hearing a case. "If this longstanding recusal procedure is to be revised, the full Court with all seven members participating should do so only in administrative session without any nexus to a particular case," the former justices argue.

The friend-of-the-court brief arrived as parties on both sides submitted final briefs in the case NAACP v. Moore. The case will decide whether two state constitutional amendments adopted in 2018 will stand. One guarantees voter ID for elections. The other lowers the state's existing cap on income tax rates.

Plaintiffs in the case have asked the Supreme Court to remove two Republican justices - Tamara Barringer and Phil Berger Jr. - against their will. Carolina Journal has documented the case's developments at ExtremeInjustice.com.
Go Back