Does the NCDP care about the Uyghur genocide? A top donor doesn't.

Last week, part-owner of the NBA's Golden State Warriors, Chamath Palihapitiya, asserted that "nobody cares" about the Uyghur genocide happening at the hands of Chinese authorities. 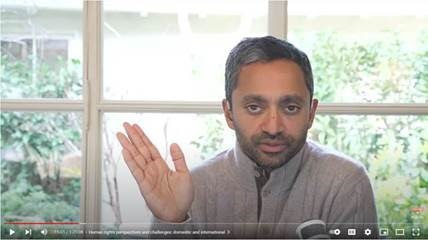 While you try to digest that shocking claim, Democrats here in North Carolina are benefiting from Palihapitiya's financial backing. In fact, he's supported numerous Democrat candidates and committees, including the North Carolina Democrat Party.

While he has since walked back his comments with a lukewarm statement about how he really does believe human rights matter (convincing), he does have a point about Democrats not caring when it comes to the politicians he has supported financially.

Palihapitiya gave $250,000 to Biden's campaign and when observing the President's inaction on the Uyghur crisis, it could be argued that he does not care about genocide either. Last year, Biden signed Uyghur Forced Labor Prevention Act into law to keep goods made from the tortured people group out of U.S. markets, but did nothing to address the persecution and suffering of the millions of Uyghurs in concentration camps.

Ball's In Your Court: North Carolina Democrats, do you support the comments from Palihapitiya and his apparent lack of concern for genocide? You took a $10,000 donation from a man who openly says he doesn't care about tortured people groups, will you be returning the money?