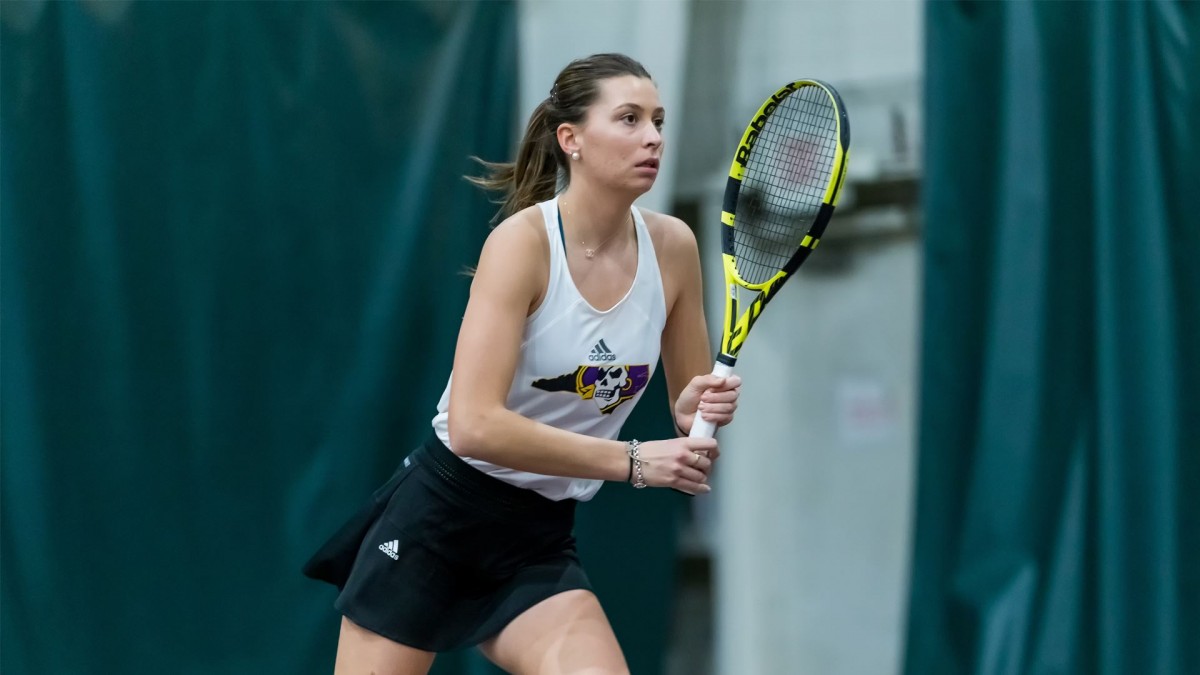 The 49ers, also ranked No. 53 nationally in the latest Intercollegiate Tennis Association poll, upped their record to 13-4, while the Pirates dropped to 3-11.

The hosts extended a 1-0 lead after doubles play by capturing three singles matches in strong fashion. Ruxi Schech and Emma Wilkins cruised to 6-2, 6-0 and 6-2, 6-1 wins over Alisa Diercksen and Ines Bachir at the No. 2 and No. 5 positions, respectively. Lucia Quiterio followed with a similar 6-3, 6-1 defeat of Alisha Hussain at No. 4 to clinch the team triumph. The remaining three matches were discontinued after the 49ers posted their fourth point.

Kaavya Sawhney and Schech teamed up for a 6-1 victory over Sofia Cerezo Holgado and Diercksen to open doubles action at No. 2 before Jenna Dean and Wilkins secured the tally moments later with a 6-2 win over Anne Lou Champion and Isabella Rivera Ortiz at No. 3.

East Carolina (3-10) will visit Durham Wednesday to face North Carolina Central in a make-up (from March 23) beginning at 2 p.m. before closing out its four-match road swing at Old Dominion Saturday.
Go Back