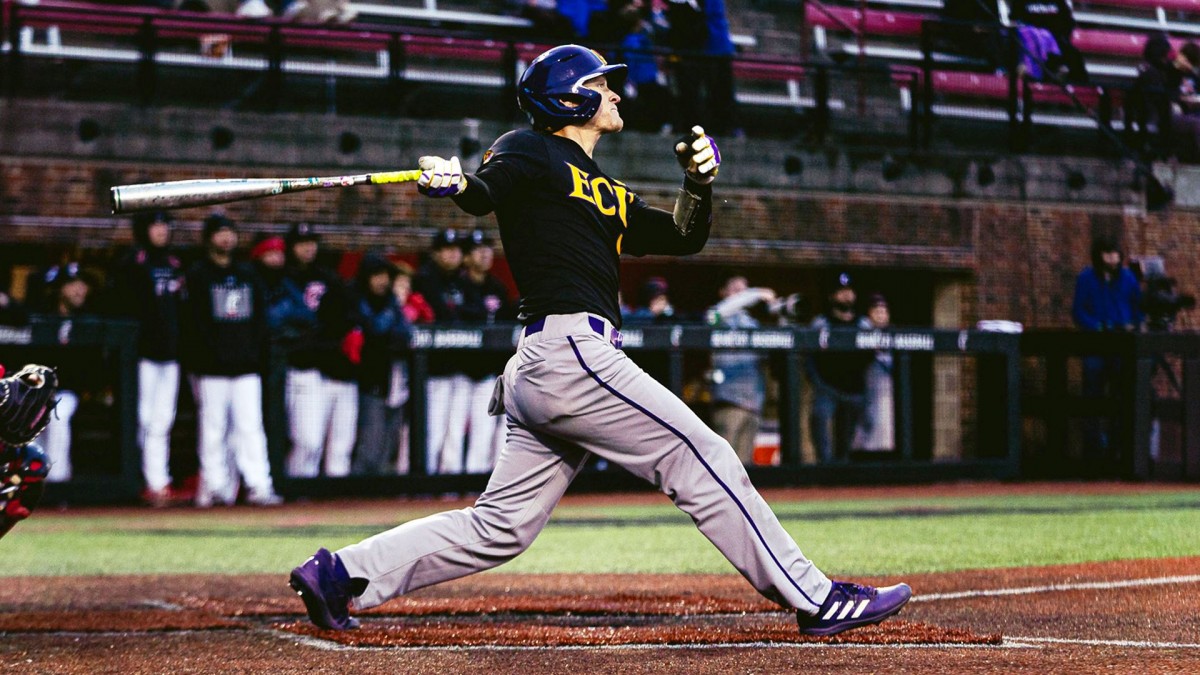 CINCINNATI, Ohio     Cole Hartling's bases loaded two-RBI double highlighted a four-run Cincinnati first inning that led to a 7-3 win over East Carolina Friday during American Athletic Conference opening weekend play at the UC Baseball Stadium. With the win the Bearcats improved to 10-14 on the season and 1-0 in league play, while the Pirates dropped to 14-13 and 0-1.

Paul Komistek led off with an infield single to start the home half of the first, followed by consecutive one-out walks by Joe Powell and Ryan Nicholson to fill the bases. Harting hit a line drive to left center scoring Komistek and Powell. Nicholson when Kerrington Cross was thrown out at first on a strikeout wild pitch and Max Palmieri plated Hartling on an infield single to short.

Jake Kuchmaner (3-2) took the loss allowing five runs (four earned) on four hits with a pair of walks and one strikeout in 1.2 innings. Garrett Saylor worked 3.1 frames in relief giving up one run (earned) on one hit with a season-high seven strikeouts. Ben Terwilliger (1.2 IP, 1 BB, 2 Ks), Trey Yesavage (1.0 IP, 1 R, 2 BBs, 2 Ks) and Danny Beal (0.1 IP) also pitched for the Pirates out of the bullpen.

Alec Makarewicz finally got ECU on the board in the second inning hitting the first of his two home runs in the contest. His first came from the right-side of the plate when he sent a 1-1 offering over the left field wall cutting the lead to three, 4-1. In the ninth, he belted his team leading sixth round-tripper of the season capping the scoring at 7-3.

ECU registered eight hits getting multiple from Zach Agnos and Makarewicz. Hoover extended his hit streak to six games with a single in the eighth frames. On the mound, the Pirates pitching staff tallied 12 punch outs on the day marking the 18th time with double-digit strikeouts.

The two teams will continue the weekend series on Saturday, April 1 with a 4 p.m. (ET) scheduled first pitch, which will be streamed on ESPN+.
Go Back