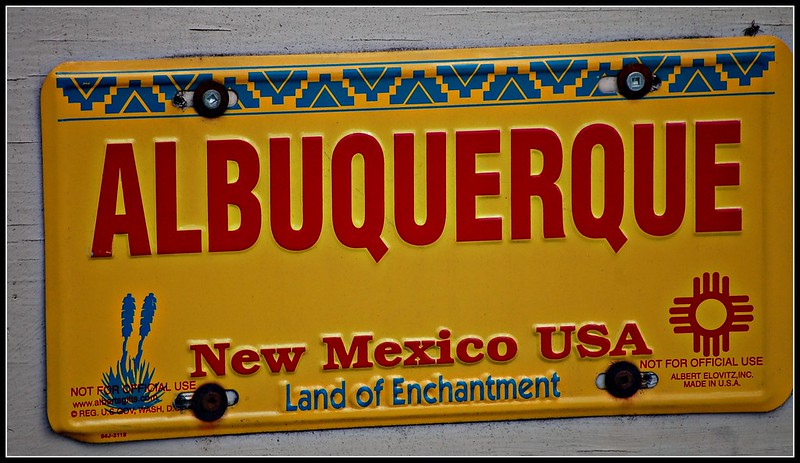 Less than a week ago, the tragedy of four brutal murders in New Mexico appeared to be a windfall for Democrats. Democratic leaders at the highest levels were acting as if it was the perfect yet bloody scenario for the party that doesn’t hesitate to try and exploit every and any tragedy that fits their larger narrative. And while we can’t be certain that any Democrats were actually happy about four men being dead, we know that internally they were thrilled about the circumstances. We could almost see them doing cartwheels in their heads as they discussed the matter.

Muslims, of course, are included in the Democrats’ intersectional hierarchy of victimhood. Muslims are not Christians or Jews, which are the more traditional American creeds, which means they are automatically victims. While plenty of Muslims undoubtedly reject this unsubstantiated designation by the American left, it’s a clear designation, nonetheless. For Democrats, minority religion inevitably equals victimhood. It’s that simple.

All four murder victims in this situation in Albuquerque were Muslim, as it turns out, and police had indicated that the four separate murders may well be linked. It was suspected that the four Muslim men were victims of a serial killer. Therefore, Democrats began to anticipate that the culprit would ultimately turn out to fit their broader storyline.

If we could have administered truth serum to Democrats last weekend, they would have told us that they were praying to their secular idols that the murderer would turn out to be a fundamentalist Christian, gun-toting, bible-thumping, MAGA hat-wearing, Trump-voting, swastika-tattooed white man from a red state who just happened to venture into the blue state of New Mexico. Such a scenario would have been paradisiacal for them.

We could see and hear the mindset in their rhetoric. New Mexico’s Democratic Governor Michelle Lujan Grisham explained, “We will continue to do everything we can to support the Muslim community of Albuquerque and greater New Mexico.” Interesting. When a serial killer’s victims are all Christian, does anyone voice support for the “Christian community?”

The Council on American-Islamic Relations (CAIR) offered a $10,000 reward for information leading to the killer and then criticized President Biden for not doing more for Muslims. Vice-President Kamala Harris weighed in with, “We remain clear that we stand with the Muslim community in New Mexico and around our country. Hate has no place in America.” Because, of course, since the victims were all Muslim, their killings must have been related to ‘hate in America.’ As if when people from other religions are murdered there’s not even ‘dislike’ involved.

And, of course, President Biden had to jump in on Sunday when he added this statement to the situation:

“While we await a full investigation, my prayers are with the victims’ families, and my administration stands strongly with the Muslim community. These hateful attacks have no place in America.”

Can’t you just hear the excitement in his voice? Joe was probably calculating the additional votes he’d be receiving in his head as he was speaking.

There was only one problem, however. On Tuesday, a suspect was arrested and you’ll never guess which religion he belongs to. He’s not a white, evangelical Christian, with NRA bumper stickers on his pickup truck and a Trump-Pence lawn sign still in his front yard. The suspect is a Muslim. According to Yahoo News:

“Police announced a breakthrough Tuesday in the killings of four Muslim men in Albuquerque, New Mexico, charging a man from Afghanistan — himself a Muslim — with two of the slayings and identifying him as a prime suspect in the other killings that put the entire community on edge.

Muhammad Syed, 51, was taken into custody a day earlier after a traffic stop more than 100 miles away, authorities said.

Three of the four ambush shootings happened in the last two weeks. Police Chief Harold Medina said it was not clear yet whether the deaths should be classified as hate crimes or serial killings or both.”

Well, I’ll be darned. So much for the “these men were murdered because they are Muslim” schtick. Now, listen closely. Listen for the backtracking from Biden, Harris, and Grisham. Listen for the, “oh, never mind” statements from CAIR. OK, now you can stop listening… because all you’ll hear are crickets.

There are two truly sad aspects of this episode. First is the fact that four of our fellow citizens were murdered, and at this point, it doesn’t really matter why; at least not to their families. Americans should be able to live without fear for their safety, regardless of their religion or political beliefs. But what is almost equally as sad is the obvious opportunism that Biden, Harris, and the rest were planning to apply. Like school shootings and folks dying at the hands of police for virtually any reason, our friends in the Democratic Party look at every tragedy as a chance to make political hay, and that fact is truly pathetic.