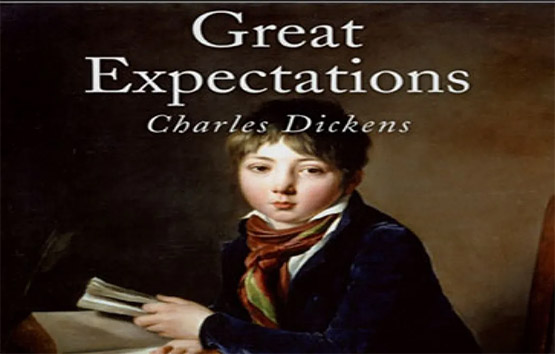 Three Republican men ran in the 2022 Beaufort County School Board elections on a “we need change platform.”  They proffered several things that they were passionate about.  Some of them are: prayer in schools, too many schools are failing under the State Department of Education rating system, eliminating the teaching of critical race theory, and its derivatives, from the school system.  They all emphasized returning education to basics, and a policy on eliminating political indoctrination.  There are other issues that are so sound there can be no argument.  Two of these are “every student reciting the pledge of allegiance to the flag at least once each day” (ideally, after a “moment of silence”) and the free speech issue of video recording meetings for cable TV or online internet viewing so the public can see what is actually going on.

This article applies to all new school board members everywhere and to any other newly elected officials.  It shows why we need quick and decisive action.

In some ways the title of this article “Great Expectations” parallels the human conditions so vividly presented in Charles Dickens’ early 19th century book by the same name.  Our poverty is the absence of the will to forge ahead in spite of the false civility of the opposition with their fake offerings of understanding and political empathy.   There is the possibility these new policy makers will be led into the swamp of collective public responsibility or “we are in this together.  Typically, this swamp takes this form: “We all just need to get along and please allow us more responsible and knowledgeable board members to assist and help you to obtain your goal”.  Never mind that the six sitting board members thoroughly support and have designed the present school policy and management system that the three new members set out to change.

The measure of courage and conviction is the same as Dickens portrayed.  That is, do these new board members have the personal strength of character to rise above  the public education cesspool and present the issues to the remainder of the school board in order that they be addressed. This is the new board members service to the public.  After all, the election of any individual should be for the purpose of serving the public by making the required changes or supporting the established policies that guarantee our system of Christian government.

In order to accomplish the common good, any elected official has to practice, live and observe honest Christian principles from his first day of election. There is no holiday, vacation period or on the job training period allowed.

The three new school board members have a limited amount of time to successively complete their task.  That period of time could be 24 School Board meetings.  They were elected for four years or 48 school board meetings.  There is only one official voting meeting each month.  The remainder of the meetings are “work sessions.”  Why 24 and not 48 meetings?  Because there is another election in 24 months.  Unless positive and meaningful progress is made before recruiting candidates for the next election, we will not be able to get candidates who are committed to conservative change.  We will continue the same liberal, ineffective, racist and socialist programs we now have.

Actually 24 months is not enough time.  It is really 12 months.  The reason is that conservative candidates must be recruited and ready to begin campaigning about 12 months before election day.  That 12-month period began with the December of 2022 Board meeting.  There are only 11 opportunities remaining to bring success to this conservative movement.  This time frame for success is critical.

Of even more concern is the suffering of the children.  School lets out for the summer near the end of May.  That means there are only four months for any new policy to benefit students.  Unless policy changes are in place in September of 2023, we will have lost almost another year. That is 9 months away.

Another time factor:  Political issues.  Whether to raise public interest or to get a Board action usually require a minimum of three months.   Because we know of no issues presented for action by these new board members it is apparent that the liberals are playing them, so that is running out their clock.

Voters expected those promises that were made during the heat of the campaign to be acted upon promptly.  Those who raised money and worked for these candidates expected prompt action.  Supporters should remind these individuals that action is required.  It is not difficult to set policy and send the school board and its management in a direction.  A simple motion and a vote is all it takes.   It is not required that the new board member must understand the history and workings of the Board and be personally bonded to any other school board member in order to force policy changes.  It is better if they are not.

Unless Gary Carlton, Charles Hickman and Donald Shreve immediately start the process of changes they will become engulfed in board politics and personality influences, lost in a soup of bureaucrats and falsely interpreted regulations.  They will be doomed to failure.

Admittedly people coming into new jobs, that is new elected positions, are unsteady for a while.  However, these board members were supported by a seasoned political club and elected conservative officials with more than 50 years of collective political experience.  There is no excuse not to get down to business.  The longer they sit and wait, the more certain they are to lose, becoming ineffective and another flash in the political frying pan.

Will these three men become a credit to society as Dickens’ Pip or will they become anther “Great Expectation”?