Teachers that made a difference: A second Chance with my teacher James Sligh 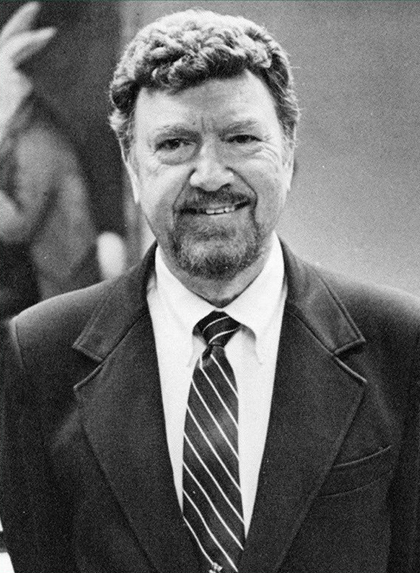 James Sligh, 1985: Above.
When I returned from overseas, I also returned to night school at GSU under the GI bill. At that time, GSU was as a working man's college. It has originally started as a night school college. In 1969, the student body was evenly split between day and night classes. That also was the year that Georgia State became a University instead of College.

The GI bill required that you take a full load of courses to qualify for subsidies. Since I was working full time during the day, that meant I had to take classes five nights a week instead of the usual M-W-F schedule of most students. I decided to take a Crip course in drama to ease the burden. The professor who taught one of the Drama courses had more passion for the theater than any one could imagine. It was infectious. Can you imagine my surprise and shock when on the first night class the professor entered the room and wrote his name on the Blackboard? It was James E. Sligh, my most hated teacher from high school.

To plagiarize Mark Twain, I was amazed how much he had matured in the nine years since he taught me in high school. He was also one the most dedicated and memorable teachers I ever had and perhaps planted the seed for my later interest in Shakespeare and literature.

Here is a picture circa 1985, long after I left School. He grew some hair.

Mr. Sligh did not just produce and direct student plays. He often planned the set designs and the stage lighting as well, instructing the student crews how to carry out the details.

He often popped into my mind when I saw a play or particularly good stage performance. I decided to research him in 2014 to see what had become of him. He passed in 2010 at 87 and I remember saving his Obituary as I do for any people I have encountered over the years. He continued living his passion for 31 years at GSU.


I am so glad I got a second chance to know Jim Sligh.


Publisher's note: Join Bobby Tony and others so inspired to discuss the "Teachers We Remember", a new, ongoing, and fully participatory series here on BCN.