Forrest Gump | Beaufort County Now | "Forrest Gump" is one of the five best films ever made. It is the best of American art ... in scope, in tone, in message.

Hopefully, There's a Bit of Forrest in all of Us. 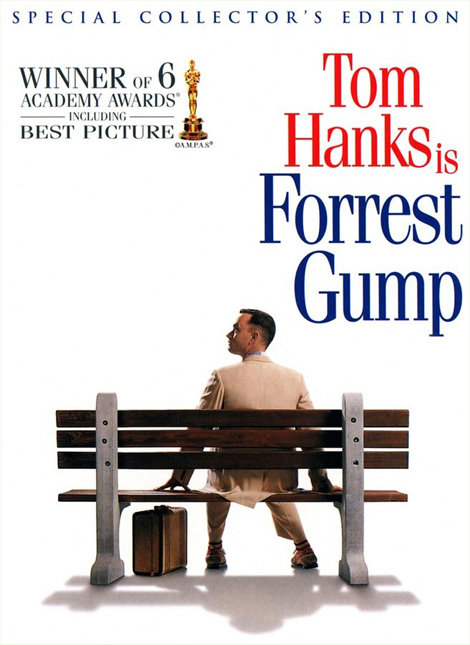 great potential. Robert Zemekis agreed to direct the film, and we are all the better for it.

"Forrest Gump" is one of the top five films ever made. It is the best of American art ... in scope, in tone, in message.

"Forrest Gump" opens the partly painted window, in the wisp of a distant memory of America's iconic South, and shows the world what is worst, and best of the romantic core of who we are, and who we shall remain.

Director Robert Zemekis once remarked: "So much of the history of that period (America's) really revolved around the South. So it was a real journey through our times, especially our times with a Southern perspective."

As a Southerner, who lived through Forrest's time, Director Zemekis, who is not a Southerner, nailed that period just as I remembered it: from the Live Oak lined dirt roads, to the elegant white open-porch homes, to the low, warm swampy waters, to the rickety tenant farmer shacks set out in the middle of an intersection of corn and tobacco fields, to real people with nasty cigarettes hanging out of their mouths, to the college campuses that were much less spectacular than today. I lived all of it.

Forrest and Jenny (Curran), played by Robin Wright, who managed her character's wealth of profound inner sorrow - kept it restrained, dormant, yet it still controlled her life. Except the happy moments she spent with Forrest, she experienced much pain as a child and as an adult. Here she slumps before her old tenant home, where so many of her most painful memories were formulated: Above. Young Forrest (Michael Conner Humphreys) meets young Jenny (Hanna Hall) for the first time on the school bus. At this point in time, they become inextricably linked: Below. 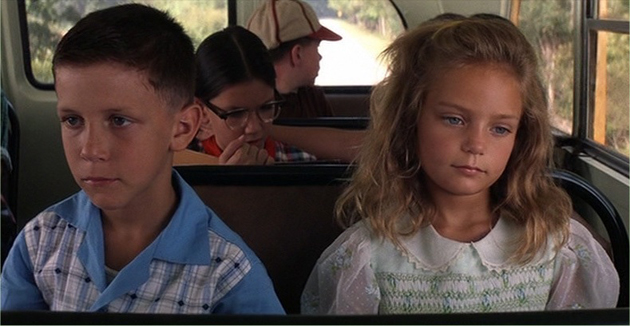 With "Forrest Gump," I get to live it again. With this film, I see it through a separate, but similar light. I see it through Forrest's total abject innocence, and it reminds me of a time that I lived, but sadly, will never exist again.

Remarkably, "Forrest Gump" was filmed, almost in its entirety, in an area that very much resembles my eastern North Carolina home, uncannily accurate. Actually, much of it was filmed in Beaufort County.

From a purely geographical perspective, the filming location in, and around the Savannah River Delta of South Carolina and Georgia, not only reminded me of my boyhood home, but obviously, must have reminded the producers of this film of a good many other places as well: From Forrest's boyhood home in Greenbow, Alabama, to the city Streets of Savannah, Ga. to the fields and swamps of Vietnam, the Savannah River Delta Region was the perfect backdrop of America's perfect film. 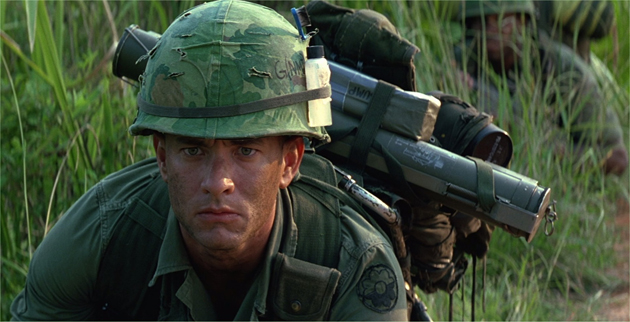 The semi-tropical Savannah River Delta provided outstanding corresponding settings for the tropical Vietnam scenes: Above and below. 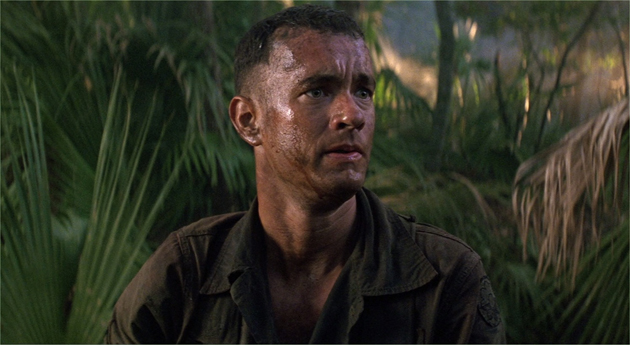 The semi-tropical Savannah River region was not the only perspective that lent so much depth to this iconic American film, but the historic testament of will of the present day people, who have inhabited this region, in force, since the late 17th Century.

Director Robert Zemekis continued about the South: "There is something about the Gothic South that we depict in the movie. In a strange way, it's sort of the most patriotic part of America in the way it is slow to change. The South was always in the script. It's where these characters came from. The one constant that we had in the movie is that the characters kept coming home (to the South). It (the South) is that one place that seems to never change, when the rest of the world does."

Forrest tells the story of his rich, and most unusual life from a park bench on one of the many lovely, Live Oak shrouded public squares on Bull Street in Savannah, Georgia. Forrest is there to visit Ginny Curran, who has sent for him. The telling of his extra-interesting life story to multiple strangers is the basis for the extensive narration by Forrest / Tom Hanks: Above. Forrest is always ready for the 'show and tell' portion of the story: Below. 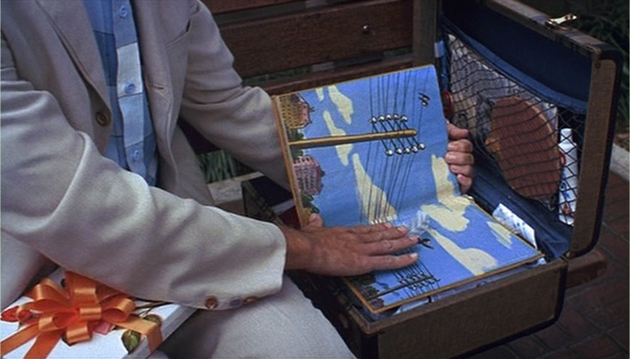 For me personally, that is the intrinsic theme of Forrest Gump. How we look at the world through the innocent eyes of Forrest Gump. How we see the rest of the world through his staid Southern perspective, as if the world is like this fluid panoramic snow-globe that whirls ever-changing, and Forrest, expressionlessly just watches it, transfixed by its complex ever changing unique beauty.

This unique quality of perspective through the story-telling by film images was achieved by every conceivable tool within the director's, the screenwriter's, the cinematographer's, Don Burgess's, and the music director's, Alan Silvestri's, bag of tricks. But first, beyond the familiar tethers of this most remarkable story, there are the characters.

Just who is Forrest Gump?
Go Back