A Birthday, Dear Friends and a Cat Without Malice | Beaufort County Now | All of those years of experience allow me to pick a cabbage quickly and I am glad of it. | produce department, Elizabeth City, rabbit patch

A Birthday, Dear Friends and a Cat Without Malice

Login to Send a Private Message to Michele Rhem
Publisher's note: Please join me in welcoming Author Michele Rhem, who presents us with her poignant memoirs of the Rabbit Patch, where her diaries weave tales of a simpler, expressive life lost to many, but gathered together in her most familiar environs - the Rabbit Patch. 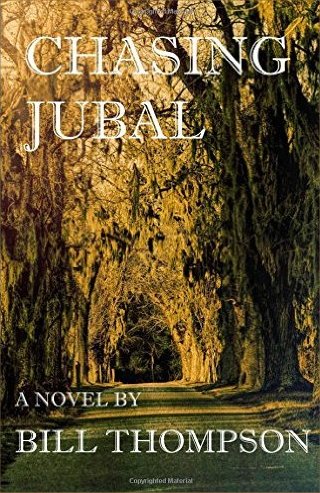 A lot has happened in this past week of January. I have yet to hear a weather report that was not preceded by some sort of threatening announcements-and so, I have learned to glance quickly at the 7-day forecast, lest I hear how horrible the next story will be. I dare not linger in the produce department, even. All of those years of experience allow me to pick a cabbage quickly and I am glad of it.

On Friday, I went with a friend on an errand. While she attended her business, I opted to wait outside. There was a small patch of woods just behind the shop. On this day it was full of cardinals. The bare trees in different shades of silver helped the redbirds show up in a lovely way. I watched them in the company of a lazy cat who was nothing more than amused with the bright flashy feathers. It was a pretty cat and he did not seem to have a bit of malice in him about anything . I liked him for that.

Friday, was Jenny's birthday. Jenny is my only daughter and my second born child. She grew up with four brothers and showed signs of a maternal instinct "early in the game". Jenny was a bright little girl. She was friends with her shadow and on some days she needed to make 100 pies in her little kitchen. Her first doll was a black rabbit in a flowered dress, named "Lady Jane". ( This was a long time before the "rabbit patch diary".) She went everywhere with Jenny for many years. I still remember the first time that Jenny got in the car without her. I asked Jenny "Where is Lady Jane?" Jenny said "Oh, she got married." - so we left Lady Jane home, from then on. That was a long while ago. Jenny has her own little girl now and it will come as no shock to me, when Lyla grows up and "calls her blessed." While, I watched the cardinals, thought of such things.

On Saturday, Will and Jenny left for Raleigh. Lylas' "Papi and Mimi" met them there. They took Lyla to a play, set for the youngest children and Will took Jenny out for her birthday. In light of this, I invited my friends, Rae and Jo Dee to come with me to stay with Jennys' dog, Jada.

We set off early Saturday morning and stopped to pick up a quick breakfast. Within fifteen minutes of our trip, I, attempting to fill a cup with ice, activated a dispenser which sent some sort of bright blue beverage in all directions. Rae, promptly spilt her own drink. It is a typical scenario when we are together and only rattled us briefly.

We made it to Elizabeth City anyway, and in enough time to send Will, Jenny and Lyla off with best wishes. When we had settled in, Jo Dee decided to nap and so Rae and I took off on a long walk. We walked in fog by the river- past all of the cottages and old stately homes, admiring them all. How pleasant it was to walk with a dear, dear friend in winter, I thought and vowed to remember it always.

We went out for a late supper. Jo Dee drove while I gave her directions. For some odd reason, I am always mixed up with "right and left"-I am sure it is some sort of mental malfunction but have always managed in spite of it. Several times I pointed in one direction, but called out the other one. Rae started calling out the direction I was pointing in, so we did end up at the restaurant, after all though Jo Dee was a little pale, I noticed. On the way back, I wanted to ride by the river and so at the last moment to turn off, I mentioned it. Jo Dee made the sharp turn, and then I realised we were on a one way street and most certainly going in the wrong direction. This seemed to shake Jo Dee up and she drove by that lovely river as if it were an establishment of ill repute. She seemed so relieved to get back to the house and I doubted she would be able to eat her cannoli, that we brought home.

Jenny and her family came in in the early afternoon on Sunday. Lyla loved her play and Will and Jenny had a nice dinner-so all went well in Raleigh. After a "short and sweet" good bye, Jo Dee pulled out of the drive . . . and entered a one way street-once again going the wrong way. It made no difference to her, that she only had to travel a 100 feet to an exit and the community never has much traffic. She cancelled our plans for a trip to the bakery and we headed home. Even so, we all agreed that we had a grand time and would gladly do it again-and Jo Dee will probably drive.