Login to Send a Private Message to Bobby Tony
For you young folks, there use to be a TV show called    The Smothers Brothers Comedy Hour, which aired from 1967 to 1969. They had quite a bit of a problem with the CBS censors because of their political and other opinions, but mostly for their opposition to the Vietnam War. One of their writers was Mason Williams who even had a short video 'tweet' on the subject (click on his name above to see it). They were eventually cancelled. They sued and on April 6, 1973, after four years of litigation, a federal court ruled in favor of the Smothers and ordered CBS to pay them $776,300 (equivalent to $4,188,200 in 2016). It appears that all differences of opinion must end up in court or street fights. 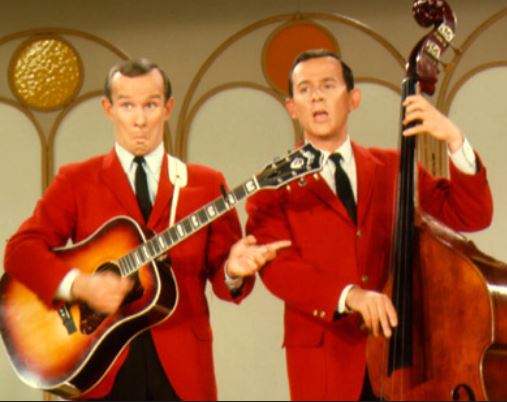 I enjoyed the show. Though I disagreed with their stand on the Vietnam war, I was able to separate humor from opinion in entertainers. I don't think I was unique in that simple or naive belief then. I have the same opinion today about separation of entertainers opinions from their entertainment but I think that may indeed be more unique. I also felt that CBS had the right to control the content of the show they produced. The freedom of speech clause does not cover corporations. The legalities of the suit was not over the freedom of speech but the breach of contract. Here they are discussing the cancellation of the series in 2000.

Flash forward forty-eight years. Is it just me or have the roles been reversed? It seems that it is the Liberals that are now doing the censoring. The 'FREE EXCHANGE OF IDEAS' has never been popular with either side, which may explain why it is in the Bill of Rights. That is nothing new. While I am not a scholar I think that Shakespeare addressed the issue in his play Julius Caesar. He was also afraid of a young man with a LEAN AND HUNGRY LOOK.


Caesar:
Let me have men about me that are fat,
Sleek-headed men and such as sleep a-nights.
Yond Cassius has a lean and hungry look,
He thinks too much; such men are dangerous.

Caesar was right. When you take it beyond just a difference of opinion, bad things begin to happen.


A group of these, led by Cassius and Brutus, assassinated Caesar on the Ides of March 44 BC. This sparked the final round of civil wars that ended the Republic and brought about the elevation of Caesar's great nephew and designated heir, Octavian, as Augustus, the first emperor BBC Historic Figures


Poor old Caesar, he thought he was going to a Toga Party. "TOGA TOGA TOGA." I would suggest that today we have the SOROS CROWD and many in the media playing the part of Cassius and Brutus and Trump playing the part of Caesar. I wonder if George Soros is paying $15 per hour to the demonstrators. Regardless of one's opinion, when we resort to violence we are again dangerously close to another civil war or anarchy, which will not end with a gentleman's meeting in some obscure house in Appomattox this time.

Meanwhile the Smothers Brothers are still struggling for relevancy. I wonder if anyone besides me cares what they think of the present situation.

What do you think Tom or Dickie?