REPORT: Jason Aldean Skipped Vegas Show For Survivors So He Could Perform On SNL | Beaufort County Now | Country singer Jason Aldean rejected an invitation to play for survivors of and first responders to the mass shooting in Las Vegas - but then turned around and appeared on Saturday Night Live

REPORT: Jason Aldean Skipped Vegas Show For Survivors So He Could Perform On SNL 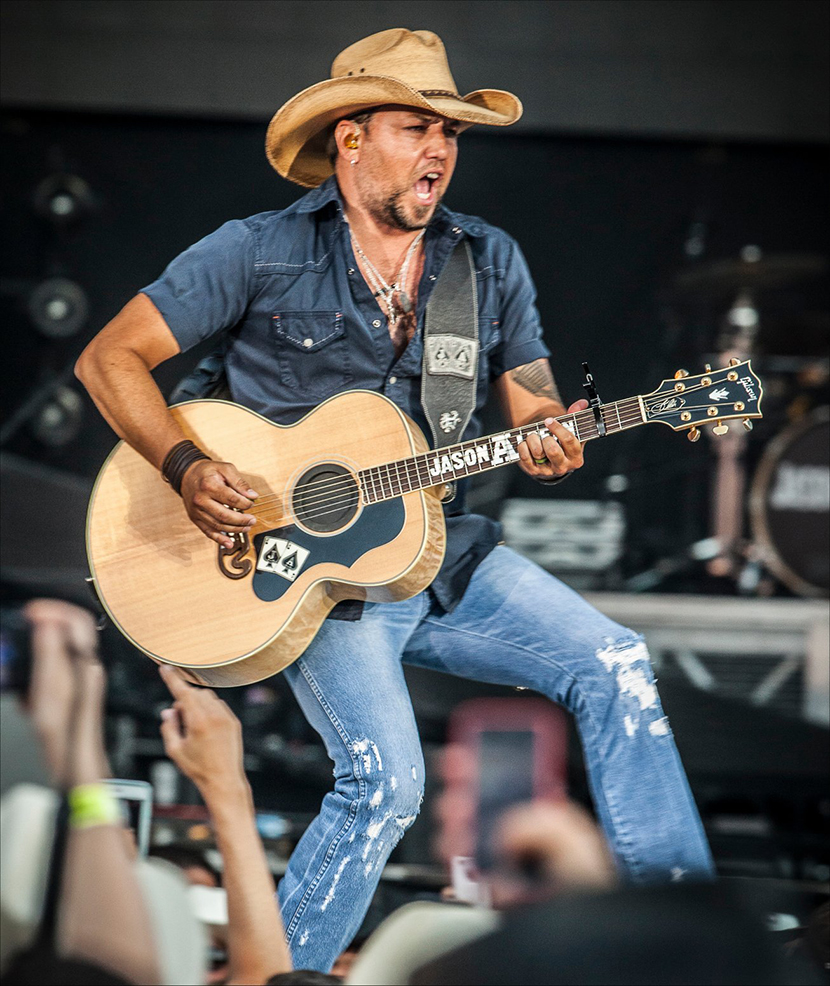 Country singer Jason Aldean rejected an invitation to play for survivors of and first responders to the mass shooting in Las Vegas - but then turned around and appeared on Saturday Night Live, according to the president of the Ultimate Fighting Championship.

Dana White said the country singer's team lied to him about why he couldn't perform. He said he contacted Aldean's camp to see if the singer would sing the national anthem at an ultimate fighting championship in Vegas on Saturday night. White says at least 15 survivors and hundreds of first responders were set to be in the house.

But White says Aldean's people rejected the invite, saying the singer might never perform live again. Aldean was playing at the Route 91 Harvest country music festival when Stephen Paddock, 64, began shooting into the crowd from the Mandalay Bay hotel across the street in what would become the nation's worst-ever mass shooting.

Aldean fled the stage, and his team said he was still too rattled to perform, according to White.

​That same night, though, Aldean appeared on Saturday Night Live in New York City. The show didn't do its usual political open, but instead featured Aldean paying tribute to both the victims of last Sunday night's massacre in Las Vegas, and Tom Petty, who died from cardiac arrest this past week at the age of 66.

Said Aldean on SNL: "This week we witnessed one of the worst tragedies in American history. Like everyone, I'm struggling to understand what happened that night and how to pick up the pieces and start to heal. So many people are hurting. There are children, parents, brothers, sisters, friends. They're all part of our family.

"So I want to say to them: We hurt for you. We hurt with you. But you can be sure that we're gonna walk through these tough times together every step of the way. Because when America is at its best, our bond and our spirit - it's unbreakable."

White says every single country act turned him down.

"Those are people who buy your albums and none of you country music people could sing the anthem in front of survivors and 1st responders?"

White offered a ton of praise to Everlast - who stepped in and performed instead.

"This isn't about money. This is about the bad ass people who fought through this sh*t that this coward did."
Go Back