UNC Chancellors Could Move to Incentive-Based Pay | Beaufort County Now | The University of North Carolina System wants to pay chancellors based on their quality of work. 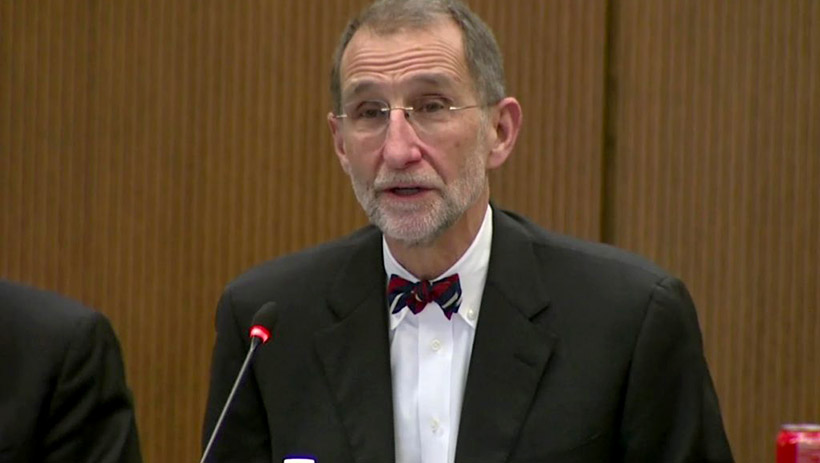 Dr. William Roper, interim president of the University of North Carolina System, addresses the UNC Board of Governors on March 22, 2019. | Photo: Carolina Journal

The University of North Carolina System wants to pay chancellors based on their quality of work.

Members of the UNC Board of Governors Friday, Sept. 20, approved a resolution that would create incentive-based bonuses for top leaders at its 17 campuses. UNC interim President Bill Roper will craft a formula for doling out extra pay, then bring it to the full board for approval.

This is just the beginning of the process, Roper said, but the BOG may vote on a bonus framework in the next six months.

"What we're trying to do is get this to a place where you're not guaranteed pay just for breathing," Roper said. "You have to perform."

The BOG has been talking about incentive pay since 2015, when UNC hired Buck Consulting - a New York human resources firm - to look at and redesign the system's executive compensation. Back then, the board decided to enact incentive pay only for UNC's president, but members continued talking about extending the policy to chancellors.

Roper said he wants to hire chancellors at a lower - though still competitive - salary. Leaders would remain eligible for base pay increases, but those would only "assure market alignment," board documents say.

Under the proposal, chancellors could receive bonuses of as much as 20% of their salaries.

Performance would be measured by two sets of metrics, Roper said. One set would look at individual campus goals. The other would weigh systemwide performance - accounting for the chancellor's teamwork, and his or her ability to meet UNC's bigger strategy goals.

"Are we admitting more low-income and rural students? Are we improving the four-year or five-year graduation rate? Are we reducing the debt that students have? It's those things that we want to see that will get people to the top of the pyramid, [and] be focused on so that they can then drive performance," Roper said.

Documents show the incentive plan would create the following terms: