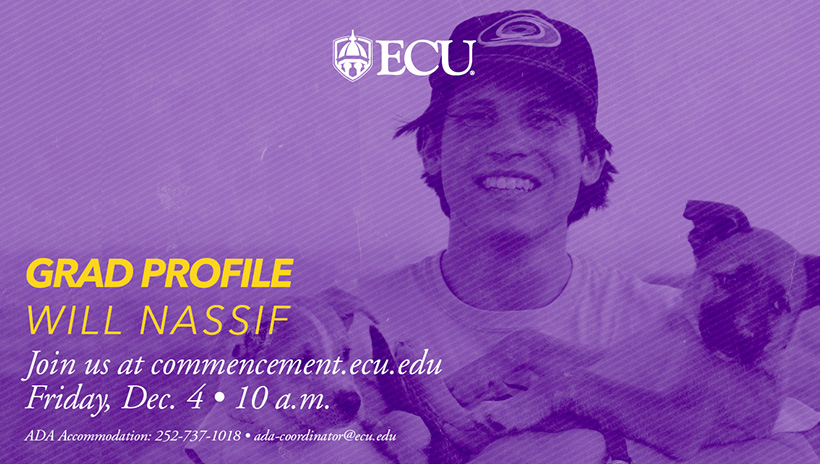 East Carolina University graduate student Will Nassif will earn his master's in maritime studies in December and wants to work in North Carolina, protecting the state's cultural heritage. 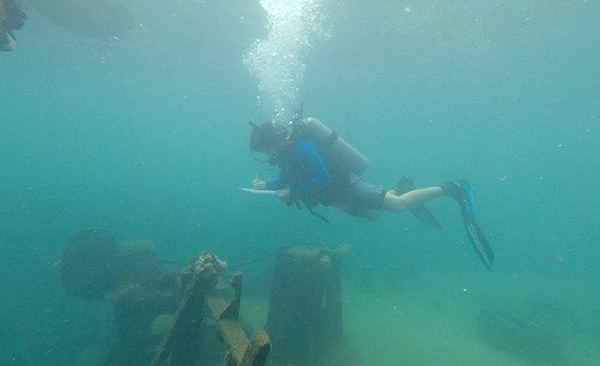 Will Nassif records a submerged landing craft in the Marshall Islands during an ECU Program in Maritime Studies field school. | Photos: Contributed
Born in Durham and raised in Cary, Nassif attended Appalachian State University as an undergraduate student, but said he needed to experience the eastern part of North Carolina to "consider myself a true Carolinian."

"ECU's Program in Maritime Studies has a tremendous record of performing excellent graduate research and gave me the opportunity to stay close to my family," Nassif said.

Looking back at this time at ECU, Nassif said he fondly remembers the late Dr. Wade Dudley, professor of history and faculty advisor for ECU's chapter of Phi Alpha Theta, a national historical honor society for undergraduate and graduate students.

"As a first-year graduate student showing up to his course, Sea Power, I was unsure of what to expect. I was nervous and lacking faith in my ability as a researcher and writer," Nassif said. "Dr. Dudley kicked my butt, but he also gave me the confidence that I needed to excel in a graduate program. Working with him to help run Phi Alpha Theta became one of the many pleasures I had as a student. His passion for history inspired me to constantly improve my own academic abilities." 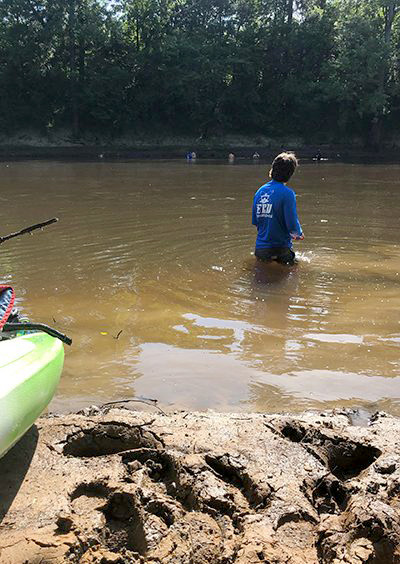 Nassif wades to an assumed wreck site on the Tar River, near Old Sparta, for an ECU Program in Maritime Studies field school.

Nassif went on to serve as vice president and president of Phi Alpha Theta. He joined the Maritime Historical Association in 2018 and has served as the association's treasurer since 2019. In addition, Nassif served as an organizer for the 2019 National History Day at ECU, and he was a volunteer assistant coach for the ECU men's club lacrosse team from 2018 to 2019.

Over the years, Nassif has received scholarships honoring his dedication to hard work and research. He received the Richard C. Todd Phi Alpha Theta Scholarship in 2019 and 2020, and the Henry C. Ferrell Jr. Graduate Scholarship in History in 2020. Recently, Nassif was notified he is also the recipient of a scholarship from the American Academy of Underwater Sciences.

In fall 2021, through the AAUS scholarship, Nassif will join a team of researchers — including ECU assistant professor of history and maritime studies Dr. Jason Raupp and ECU maritime studies alumna Maddie Roth, who now works at the National Oceanic and Atmospheric Administration — to document World War II wrecks in the Republic of the Marshall Islands.

"This is really cool, since archaeology students are rarely selected," Raupp said.

In addition to the knowledge Nassif has gained from faculty mentors and through his graduate coursework, he acquired real-world research skills outside the classroom, which he said was one of his favorite experiences at ECU.

Nassif and a team of ECU faculty and students traveled to the Marshall Islands in fall 2019 to survey a relic landing craft submerged in Kwajalein Atoll.

"After growing up swimming in the murky waters at North Carolina's beaches, working in the Pacific was a tremendous experience. Even in the early fall, the crystal-clear water was warm and current free," Nassif said. "The team had the pleasure of working and lodging at the Army garrison on Kwajalein Atoll, which aided us in every way possible. All in all, it was a wonderful experience for me."