Election Integrity Act Would Require That Absentee Ballots Be Turned in Sooner | Beaufort County Now | New legislation filed in the General Assembly would reduce the time voters have to turn in their absentee ballots, making the outcome of elections clearer in a shorter time. 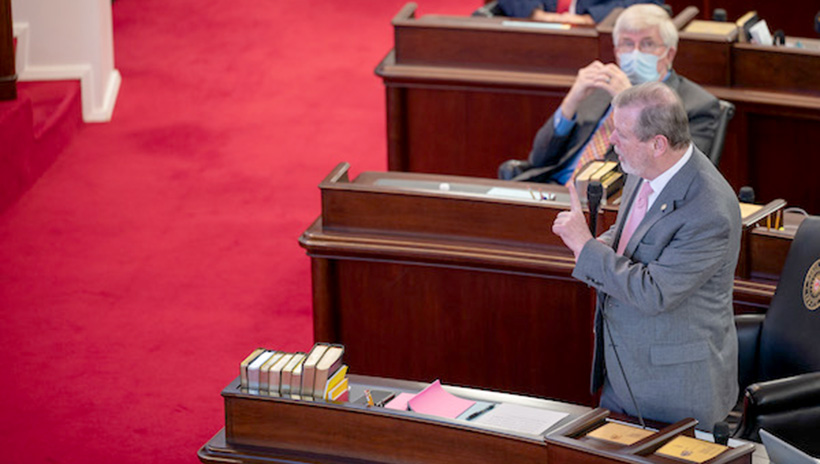 New legislation filed in the General Assembly would reduce the time voters have to turn in their absentee ballots, making the outcome of elections clearer in a shorter time.

Senate Bill 326, the Election Integrity Act, would require that absentee ballots be requested at least 14 days before the election. Only ballots received by election officials by the close of business on Election Day would be counted.

The legislation would also require that any challenges to absentee ballots be made between noon and 5 p.m. the day after the election.

State lawmakers argued they, and not the elections board, had constitutional authority to set the state's voting laws. The U.S. Supreme Court refused to hear their emergency motion, and the decision from the elections board stood. Senate Leader Phil Berger, R-Rockingham, issued a written statement after the ruling that he was disappointed "that the legislature's authority to determine the time, place, and manner of election is subject to being set aside by a partisan panel of unelected bureaucrats."

Jon Guze, senior fellow in legal studies at the John Locke Foundation, told Carolina Journal that requiring absentee ballots to be received by Election Day not only helps prevent fraud, but it also reduces the appearance of malfeasance.

"Whether there is fraud or not, when elections change due to late absentee ballots, people get suspicious," he said.

Guze applauds the concept of keeping private money out of elections.

"It gives the appearance of undue influence, and that's just not healthy for our democracy," he said.

Sen. Paul Newton, R-Cabarrus, one of the co-sponsors of the Election Integrity Act, told WITN the 14,500 ballots election officials received and counted after Election Day last year gave pause to some about the trustworthiness of the election process.

"That breeds suspicion in the mind of some North Carolinians," he said. "What could go wrong with 14,500 votes coming in after election night? So this bill will fix that."

S.B. 326 would also appropriate $5 million from the General Fund to the State Board of Elections for fiscal 2021-22 to establish a program to identify residents of the state who lack photo identification to vote in person and help them get the proper ID.