Biden is doing more for Russia than he is the USA 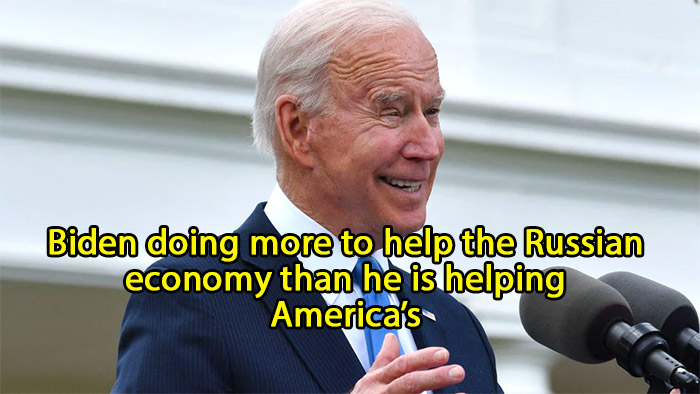 President Joe Biden (D) faced intense backlash on Tuesday over a report that said that his administration was going to waive sanctions on a company and its CEO who are responsible for building Russia’s Nord Stream 2 pipeline to Germany.

“The State Department will also acknowledge that the corporate entity in charge of the project (Nord Stream 2 AG) and its CEO (Putin crony and former East German intelligence officer Matthias Warnig) are engaged in sanctionable activities,” Axios reported. “However, the State Department will waive the applications of those sanctions, citing U.S. national interests.”

The report said that the Biden administration will instead sanction some Russian ships, even though experts told Axios that the way to stop the pipeline was to sanction the German end users of the gas.

The report sparked widespread backlash against the administration after there had been a bipartisan effort to stop the pipeline because it will give Russian President Vladimir Putin leverage over Europe.