ECU's Season Ends at Vanderbilt, 4-1 | Beaufort County Now | Jack Leiter allowed one run over seven innings while striking out 10 to help No. 4 Vanderbilt (45-15) to a 4-1 series clinching win over No. 13 East Carolina Saturday afternoon 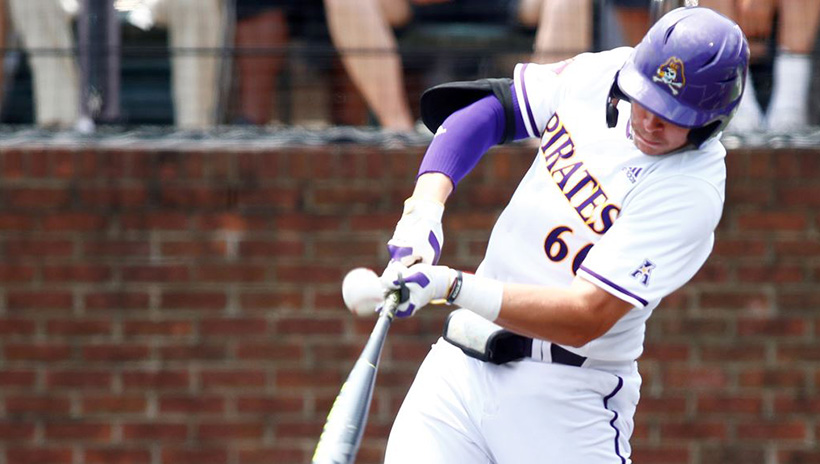 NASHVILLE, TN     Jack Leiter allowed one run over seven innings while striking out 10 to help No. 4 Vanderbilt (45-15) to a 4-1 series clinching win over No. 13 East Carolina Saturday afternoon at Hawkins Field. With the win, the Commodores punch their ticket to the 2021 College World Series, while the Pirates season comes to an end with a 44-17 record.

Carter Young's two-strike, two-out single to left-center gave Vandy a 2-0 lead in in the fifth inning. With one out, Javier Vaz and Jayson Gonzalez drew consecutive walks off ECU starter Carson Whisenhunt chasing him from the game. Matt Bridges struck out Enrique Bradfield Jr. for the first out before Young's single cleared the bases.

Leiter (10-3) earned the win scattering two hits and walking three to go with his double-digit punch outs. Nick Maldonado earned his eighth save of the year tossing two scoreless frames in relief with a pair of strikeouts.

Josh Moylan cut the Vanderbilt lead to one, 2-1, with a home run to lead off the seventh frame. But the Commodores scored twice in the ninth to cap the scoring at 4-1.

The Pirates managed just two hits on the day getting the homer by Moylan, his sixth of the season, and a single by Connor Norby to start the game. For Norby, it was his nation-leading 102nd of the season, which ranks third all-time on the Pirate single-season annuals.
Go Back