Published: Tuesday, July 20th, 2021 @ 8:45 am
By: Carolina Journal   ( More Entries )
Publisher's Note: This post appears here courtesy of the Carolina Journal. The author of this post is John Trump. 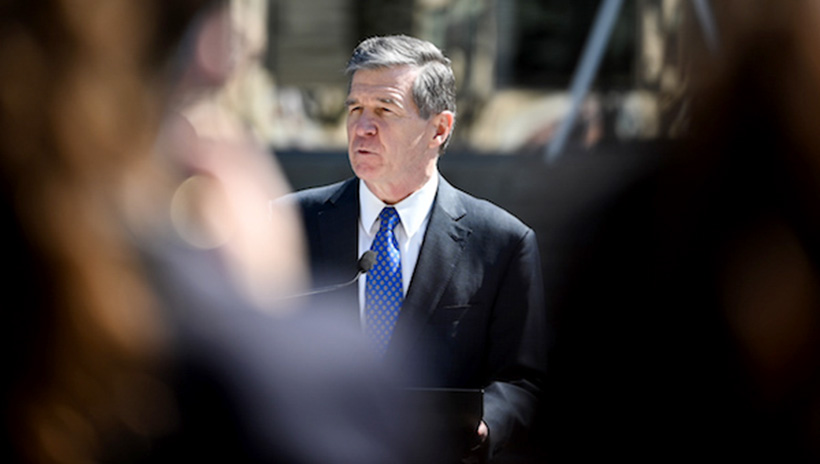 It's now a time in North Carolina to dismiss policy based on politics and embrace a move toward legislation focusing on common sense, John Locke Foundation legislative experts say. A time to turn toward hope and a prosperous future for N.C. families.

How that future looks depends largely on the makeup of our state government and, importantly, the office of the governor, the Council of State, and the General Assembly. On what laws are proposed and whose input is taken. On whether the chief executive, the governor, votes for sound, common-sense policy or, rather, through the lens of politics, which has been the chosen landscape for Democrat Gov. Roy Cooper throughout his tenure.

Elected in 2016, Cooper is well into his second and final term in office. It's a term pockmarked by partisanship and highlighted — or, lowlighted — by 57 gubernatorial vetoes. It's a state record, and the current session is far from finished.

Monday's Shaftesbury event from Locke, which centered on the aforementioned legislative session, addressed myriad topics. From the budget to school choice to elections, including a push by some to approve the use of medical marijuana. Becki Gray, Jordan Roberts, and Leah Byers offered their takes on several bills and issues, also including the potential for legal online sports betting and the need to expand the Opportunity Scholarship program.

The lightning rod, though, was Cooper, and in particular his misuse of the Emergency Management Act since the start of the pandemic more than a year ago. It's a key part of Senate Bill 105, the Senate's budget bill. The bill places limitations on the power of a governor — now and in the future — to declare emergencies and allow them to continue interminably. The move would require approval from the Council of State, the other nine statewide elected executive branch officials. The council includes the lieutenant governor and attorney general. Republicans hold six of the nine seats.

The Council of State provision is embedded in the Senate's budget proposal, but several other ideas are still in play. Formerly reserved for the occasional hurricane or severe winter weather, over the past 15 months executive orders declaring states of emergency have been leveraged by the governor to restrict people's movements, limit gatherings, shut down businesses, mandate masks, and close schools, Carolina Journal has reported.

Cooper appears to be thriving in the politically polarized environment, and things seem to be getting worse, said Becki Gray, Locke senior vice president. Cooper has vetoed "every single budget the General Assembly has passed over to him," Gray said, and he employs "strong-arm" tactics to pressure Democrats into opposing attempts to override vetoes, even if they supported the measure in the first place.

"That's troublesome to me," Gray said. "The constituencies in those member districts aren't being served well."

A successful override now requires two Democrat senators and three Democrat House representatives to side with the Republicans. Four Democrats voted for the Senate's budget plan.

Gray called Cooper's tactics a political power play, and, ultimately, a disregard for common sense. Should you not consult the superintendent of public instruction when deciding to close schools, or to mandate masks? The labor commissioner on business closings, or the commissioner of agriculture when changing rules regarding food and public markets?

"This whole response to the pandemic is on Governor Cooper's shoulders, and he's going to have to bear the responsibility for it."

COVID-19 is fading, so where's that leave us? Gray asks. As that relates to election integrity and the time allowed to mail in ballots. Are people confident in the process and confident their votes will count? she asks.

Bills concerning just that are advancing in the General Assembly, including Senate Bill 326, The Election Integrity Act, which makes close of business on Election Day the deadline for accepting absentee ballots. Another measure, Senate Bill 725, prohibits the private funding of elections administration in light of left-leaning organizations funded by billionaire Mark Zuckerberg donating millions to select N.C. counties for elections, CJ has reported.

Gray and her team, government affairs associates Roberts and Byers, talked about how the Senate budget plan would help families through tax cuts, broadband initiatives, and infrastructure proposals. By expanding Opportunity Scholarships, which give parents money to send their children to private schools.

Competition brought on by school choice creates awareness and prospers through accountability.

"Every decision a family makes is going to be based on the best interests of the child," Byers said.

The budget plan, Gray said, is much about expanding economic opportunity for all North Carolinians. The budget plan, she said, sends a "strong message that elected officials who voted for this budget believe in the value of family."
Go Back