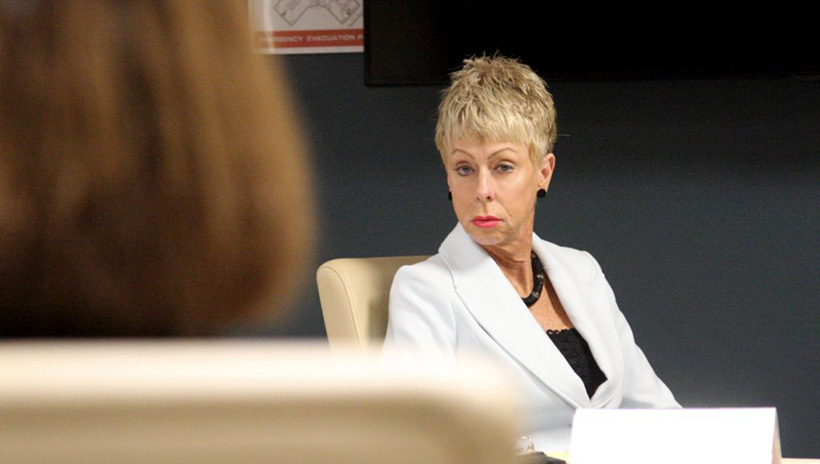 A report released Friday by the Office of State Auditor Beth Wood said the college didn't have proper policies and procedures in place to detect that the checks bore signatures of former employees. The school issued 2,644 checks during the examination period containing digital signatures of the former college president and controller, even though they were no longer employed by Roanoke-Chowan.

Auditors found that while it's the responsibility of the chief financial officer of the college to update digital signatures to reflect current officers, that didn't happen in 2019 because the CFO position was vacant.

According to the report, a former interim president — who was not named in the report — "stated that when she went to the bank to update the signature card, she thought the bank would also change the college's digital signatures on the checks."

The college's website notes that Audre Levy served as interim president from 2019 until July 2020. She was succeeded in an interim role by Deborah Lamm from August 2020 to April 2021. That month, Murray Williams began her tenure as the president of the college.

Wood's office recommended the college president implement processes that ensure signatures on checks are updated when turnover occurs and positions are filled.

Under Levy's watch, the college also overpaid the salary of three employees by $45,000 because of a clerical error. The report said those employees were paid for two positions at the same time from February to May last year — their former positions and their new positions. Employees in the college's human resources department failed to remove them from their old positions in the payroll system.

Levy didn't require the employees to repay the additional salaries after the error was discovered.

The report said that even though the former interim president knew the human resources director was new and lacking in experience, she failed to implement protocols to ensure no errors were made in personnel and payroll processes. Auditors also found that even though Levy knew of the errors in March 2020, the salaries were not corrected until two months later.

Auditors recommend the college seek reimbursement for the overpayments.

Examiners also found that the college incurred $3,564 in late penalty fees under Levy's watch for submitting retirement contributions to the state retirement system after deadlines.

"According to the former interim President, she did not fill key positions critical to the College's financial operation with experienced staff. Specifically, the position responsible for submitting the retirement contributions was vacant and was later filled by an employee with no experience," the report said.

In a response to the audit, Williams said she agreed with the findings, and the college is following recommendations from state examiners.

"Roanoke-Chowan Community College is committed to operational and managerial excellence," she wrote. "The College is also committed to making improvements in its processes to better serve its internal and external constituencies."

The college faced controversy before the recent audit. The Southern Association of Colleges and Schools Commission on Colleges put the school on probation in June 2019, extending that period another six months in January 2020, largely due to a lack of institutional control.
Go Back