Milley should be fired and stripped of his rank 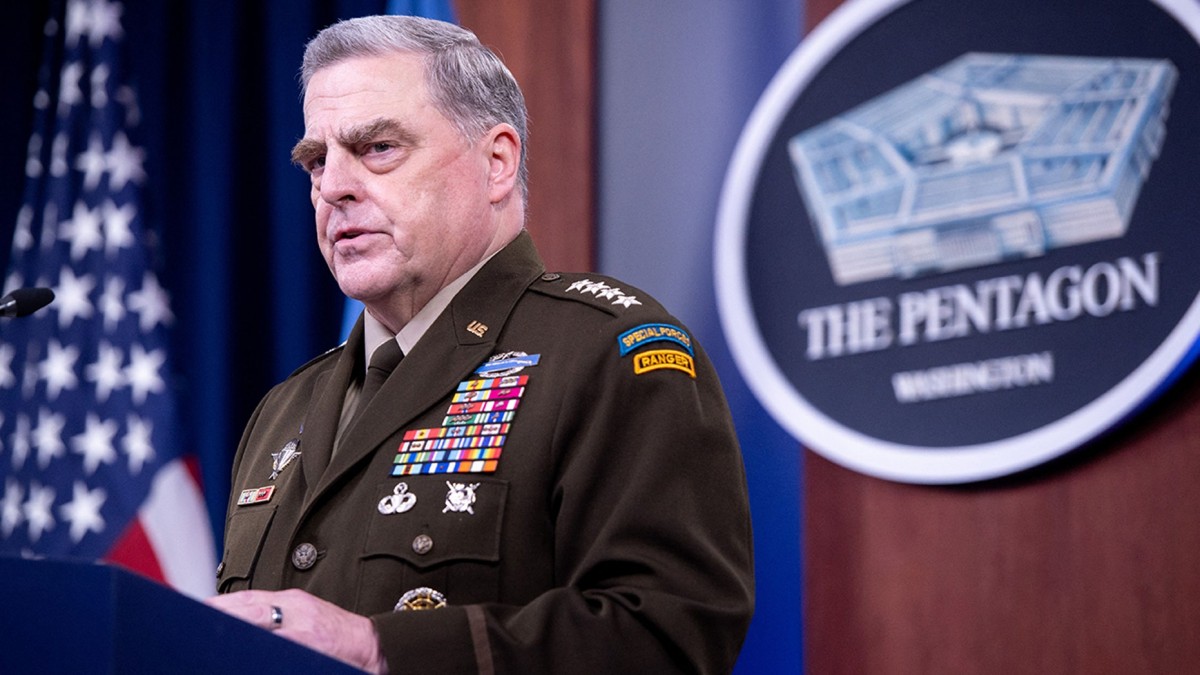 The top U.S. military officer said Friday that calls he made to his Chinese counterpart in the final stormy months of Donald Trump's presidency were "perfectly within the duties and responsibilities" of his job.

In his first public comments on the conversations, Gen. Mark Milley said such calls are "routine" and were done "to reassure both allies and adversaries in this case in order to ensure strategic stability." The chairman of the Joint Chiefs of Staff spoke to The Associated Press and another reporter traveling with him to Europe.

Milley has been at the center of a firestorm amid reports he made two calls to Gen. Li Zuocheng of the People's Liberation Army to assure him that the United States was not going to suddenly go to war with or attack China.

Descriptions of the calls made last October and in January were first aired in excerpts from the forthcoming book "Peril" by Washington Post journalists Bob Woodward and Robert Costa. The book says Milley told Li that he would warn Li in the event of an attack.

Milley on Friday offered only a brief defense of his calls, saying he plans a deeper discussion about the matter for Congress when he testifies at a hearing later in September.

"I think it's best that I reserve my comments on the record until I do that in front of the lawmakers who have the lawful responsibility to oversee the U.S. military," Milley said. "I'll go into any level of detail Congress wants to go into in a couple of weeks."

We beg to differ Gen. Milley.  It is not the job of the Chairman of the Joints Chiefs to have unauthorized conversations with potential enemies or adversaries.  The President is the Commander in Chief and unless he authorizes such contacts they are absolutely inappropriate.  The major job of the Chairman is to advise the President and his staff on military matters.  Trump says he was not aware of the calls.  That’s enough to warrant a court martial of Milley.

Gen. Milley should consider how he would react if one of his subordinates who was privy to highly classified information went behind his back and told an adversary what we were or were not planning.

The issue boils down to honoring the Chain of Command.  One in this position has no authority to circumvent that Chain of Command and should be held accountable for failing to do his duty, notwithstanding that he is not is the operational Chain of Command.  Suffice it to say that if the Commander of the Indo-Pacific Command, or the Chief of Naval Operations had taken it upon themselves to make such calls as did Milley they would most likely already be gone.  You just don't go behind your commander's back.

Milley should be fired, stripped of his rank and pension and possibly put into jail.