Published: Thursday, November 11th, 2021 @ 7:40 am
By: Carolina Journal   ( More Entries )
Publisher's Note: This post appears here courtesy of the Carolina Journal. The author of this post is David Bass.

Members of the N.C. House Freedom Caucus plan to inspect voting machines in Durham County to check for an internet connection, which could make them vulnerable to fraud. 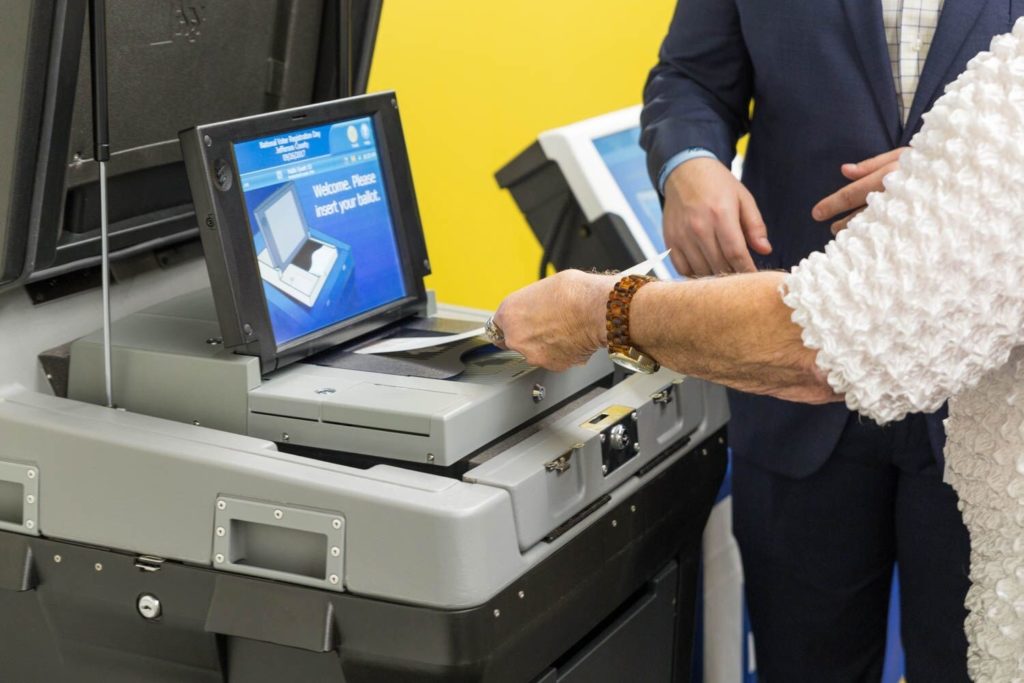 They say it's part of their effort to build confidence in the state's elections by proving that North Carolina has no election machines with modems that can connect to the Internet. Without such a connection, the machines could not be subject to a coordinated computer hack.

The announcement came at a press conference convened by the caucus on Thursday, October 7. During the press conference Rep. Jeff McNeely, R-Iredell, put slips of paper with the names of all 100 North Carolina counties in a hat and randomly drew one out. The winner was Durham County.

"I expect full cooperation from the good people in Durham, because I feel like they have nothing to hide," McNeely said. "We look forward to working with them, proving that our elections were true and were valid and there was nothing wrong with them. If that's not the case, then we look to do an investigation. And if there needs to be criminal charges, they will be filed also."

McNeely said that members would be inspecting the machines in Durham County as early as this week, accompanied by members of the N.C. General Assembly police.

Durham has been the source of election controversies in recent election cycles, including questions about vote totals connected to the 2016 governor's race that allowed current Gov. Roy Cooper to unseat Republican Pat McCrory.

At the end of the press conference, McNeely offered reporters a chance to inspect his hat. Moments earlier, a reporter had quipped that every piece of paper might have said "Durham."

The press conference was the latest salvo in the Freedom Caucus' conflict with the Democrat-controlled N.C. State Board of Elections and its executive director, Karen Brinson Bell. In July, Brinson Bell blocked attempts by the caucus to randomly inspect machines, contacting all county boards of elections and directing them to bar members from inspecting voting equipment.

"The State Board has received no credible evidence that the certified results are not accurate, and elected officials from both sides of the aisle have stated that the 2020 general election in North Carolina was conducted fairly," Brinson Bell wrote in a letter. "We will not allow misinformation about voting systems or any other aspect of elections to dictate our priorities in administering elections."

The manufacturer of most of North Carolina's voting machines, Election Systems and Software, or ES&S, has been cooperative and compliant with lawmakers' requests in the investigation, according to members of the Freedom Caucus. Members had even inspected machines in the ES&S offices, but their goal is to inspect machines used in the 2020 general election out in the field.

"We have the right through our Constitution. We have the permission from the people who supply the machines. All we need now is the cooperation of the North Carolina Board of Elections," McNeely said.

"One of the weaknesses of our current system is that the State Board of Elections is essentially telling the people of Noth Carolina to 'trust and believe in us,' says Dr. Andy Jackson, director of the Civitas Center for Public Integrity, John Locke Foundation.

"Other agencies are subject to outside audits. For example, the State Auditor's Office just completed a performance audit of the Department of Transportation, which exposed previously unknown shortcomings in their operations. If Brinson Bell is genuinely concerned about having nonexperts handling voting machines, she can agree to have elections board employees open the machines while election auditors observe and take notes," Jackson says.

The Freedom Caucus is composed of 25 House members and is chaired by Rep. Keith Kidwell, R-Beaufort.

Republicans are also running a measure - House Bill 259 - that would mandate all election machines in North Carolina be made in the U.S. The bill would also require additional reporting requirements from the State Board of Elections following a post-election audit for a general election.
Go Back