The worst CRT training we've ever seen. Seriously. | Beaufort County Now | A racially divisive program from UNC is being aimed at 3 and 4 year-olds, while being paid for by a Preschool Handicapped Grant from the Feds. 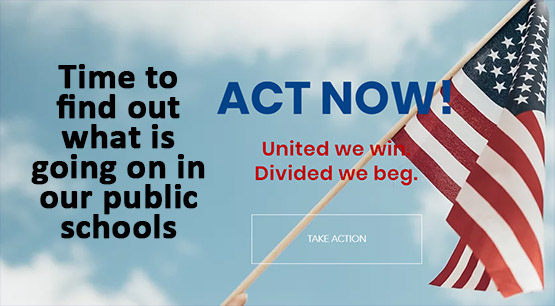 Editor's note:  It is way past time for all of us to educate ourselves about what is actually going on in our public schools and where they are headed.  Parents need to take back their local schools.  If you doubt that, just read the following.  Reflect upon it and then take action.  Connect with like-minded citizens and take action.  Nothing short of the future of our nation is at stake.

Doing the same thing and expecting different results is the definition of insanity — except, it seems, for our state Superintendent, where such lunacy passes for education policy.

Catherine Truitt is about to sign yet another contract with yet another vendor who will hammer racially divisive teaching techniques, and this time its aimed at toddlers.

Here are some of the downright racist directives that pre-K and special needs teachers will be taking into classrooms as part of the Department of Public Instruction's (DPI) Equity and Cultural Responsiveness teacher training:

De-centering whiteness and centering color is a clear-cut example of “separate-but-equal” education infamously found unconstitutional in 1954. Allowing the government to scapegoat and collectively punish teachers and children on the basis of skin color is not just illegal; it's evil.

Yet you will see DPI's logo on the bottom of these slides because this training, and others like them, were co-created by the department.

You have to see this racism in action to grasp how evil the training really is. Watch this intro to one of these 'equity' trainings:

What is the UNC Frank Porter Graham (FPG) Institute?

Founded in 1966 by child psychologists Hal and Nancy Robinson to advance the study of special education, the Frank Porter Graham Child Development Institute is located at UNC-Chapel Hill. Today the center still works on programming for children with developmental disabilities such as autism, however it also focuses on CRT and data collection projects with funding from Bill Gates.

Since 2013, the Office of Early Learning (OEL) of the DPI has integrated the Institute's teacher training modules and research into the state's preschool system.

Superintendent Catherine Truitt is the only elected education official authorized to enter into state-level vendor contracts, implement federal programs, and orchestrate state-wide teacher trainings. The general statutes are clear on this.

At today's meeting of the State School Board, she plans on implementing a new contract with Frank Porter Graham, mainly for the CRT-based education of Pre-K teachers across the state.

In Raleigh, there is only so much money to go around, so what can be done when your department runs out of money for its signature 'equity' initiatives?

The answer from the Department of Public Instruction: Redirect $7M earmarked for 3 and 4 year-old special needs children to more critical race theory trainings in the schools.

The thought of being responsible for twenty 3-year-olds for eight hours a day, five days a week would be a nightmare scenario for many. Now imagine having separate discipline policies for black and white children, which would surely result in more chaos than any teacher could handle. Yet, this DPI training suggests doing just that:

In the left two colums see North Carolina's current Environment Rating Scale. On the far right, see what appears to be a new set of disciplinary standards based upon skin color.

Translation: black children are eternally doomed to a traumatic life, so teachers - go easy on them. Also, the notion that controlling 3 and 4 year-olds is an act of 'white supremacy' is absurd. Ever seen Madea?

Stern discipline given to children at regular intervals by their caregivers would be the single most effective way to see greater civility in this country.

Education literally means the transfer of knowledge. Pre-K teachers encouraging young ones to doubt, rather than learn scientific facts is not only age-inappropriate, it frustrates the purpose of schooling altogether.

No sooner than teachers learn to 'deconstruct whiteness' with toddlers, they are reminded to reduce bias and discrimination in the classroom. And yes, you are witnessing sheer lunacy with a $7M price tag.

Translation: If you think that reading Noah's Ark, Curious George, the Very Hungry Caterpillar, or Charlotte's Web to black children is okay, you're ptobably a racist.

DPI's proposed 'equity' initiative for our youngest citizens proves that Marxists from places like Frank Porter Graham, the Friday Instiute, and Public School Forum have successfully handed down to the DPI an unspoken, but tyranical code of conduct. Pseudo-educators are allowed to advance radical mischief from their classooms and go unquestioned, all because of Catherine Truitt's abdication of her duty to stop dangerous trainings like this.

Lawmakers sitting on the House and Senate's education committee know this too, yet they fancy themselves too magnanimous, charitable, and wise to engage in what they see as a culture war. Then, they whitewash their indifference and chronic failure to reign in an embarasingly out-of-control State Education Department.

This needs to change immediately. It's time for members of the General Assembly to join us in taking back our schools from these radicals and the enablers who have aided them in comandeering our schools.

They will not stop until the people with the check book stop them.

We reached out to Superintendent Truitt last Thursday, and included shots of this contract and of the training. This morning we received a response from Truitt. See:  Click here to go to the original source to read this and more.