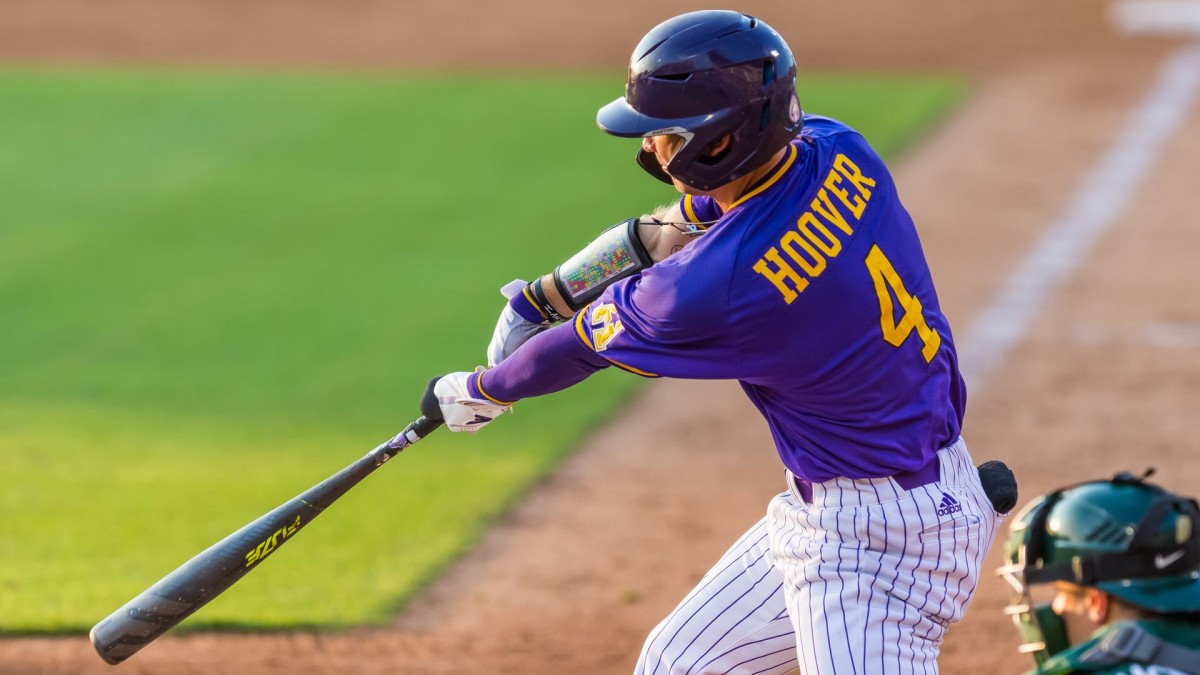 RALEIGH, N.C.     Twenty-eighth ranked NC State scored six runs over the first two innings and held off a pesky East Carolina club for a 12-3 win Tuesday night at Doak Field inside Dail Park. With the win the Wolfpack sweeps the home-and home series improving to 26-13, while the Pirates fell to 24-18.

Trailing 1-0 in the bottom of the first, NC State scored four runs in the bottom of the opening frame taking a 4-1 lead. Devonte Brown belted a solo home run, his 10th of the season, with a leadoff shot to right-center, which was followed by a double from LuJames Grover III and a single by Tommy White putting runners on the corners. Josh Hood plated Grover III on a sac fly and after another double by Noah Soles the Pirates went to the bullpen for Garrett Saylor. J.T. Jarrett pushed across White with a ground out to second base. Dominic Pilolli walked and then took second on a double steal where Soles crossed home for the final run of the stanza.

ECU wasted little time getting on the board as it pushed across a run in the first for a 1-0 lead. Zach Agnos reached on an leadoff walk and moved to second on Jacob Jenkins-Cowart's single through the left side. Bryson Worrell followed with a one-out walk to load the bases for Cam Clonch, who plated the first run with a shot to right field scoring Agnos.

White's second hit of the contest padded the Wolfpacks led in the second, 6-1. Jacob Cozart reached on a bunt single and moved to second on Brown's single back up the middle. After a Groover III strikeout, White doubled down the left field line clearing the bases.

Agnos' third home run in the last four games cut the Wolfpack lead in half, 6-3, in the fifth frame. Agnos 2-1 offering from Baker to straight-away center off the batter's eye for his fourth long ball of the season.

NC State scored once in the seventh (White's home run) and five in the eighth, which was highlighted by Hood's grand slam capping the scoring at 12-3.

Offensively, the Pirates registered double-digit hits for the 18th time on the season with their 11. The trio of Lane Hoover (double, single), Jenkins-Cowart (two singles) and Worrell (two singles) each had two. Worrell reached base four times on the night also drew a couple of walks. Agnos extended his on-base steak to 16 games with a walk and later hit his fourth home run of the season in the sixth.

ECU returns home for a three-game series on Friday, April 29 playing host to Cincinnati in American Athletic Conference action. First pitch for the weekend is set for 6:30 p.m. (ET) and will be streamed on ESPN+.
Go Back