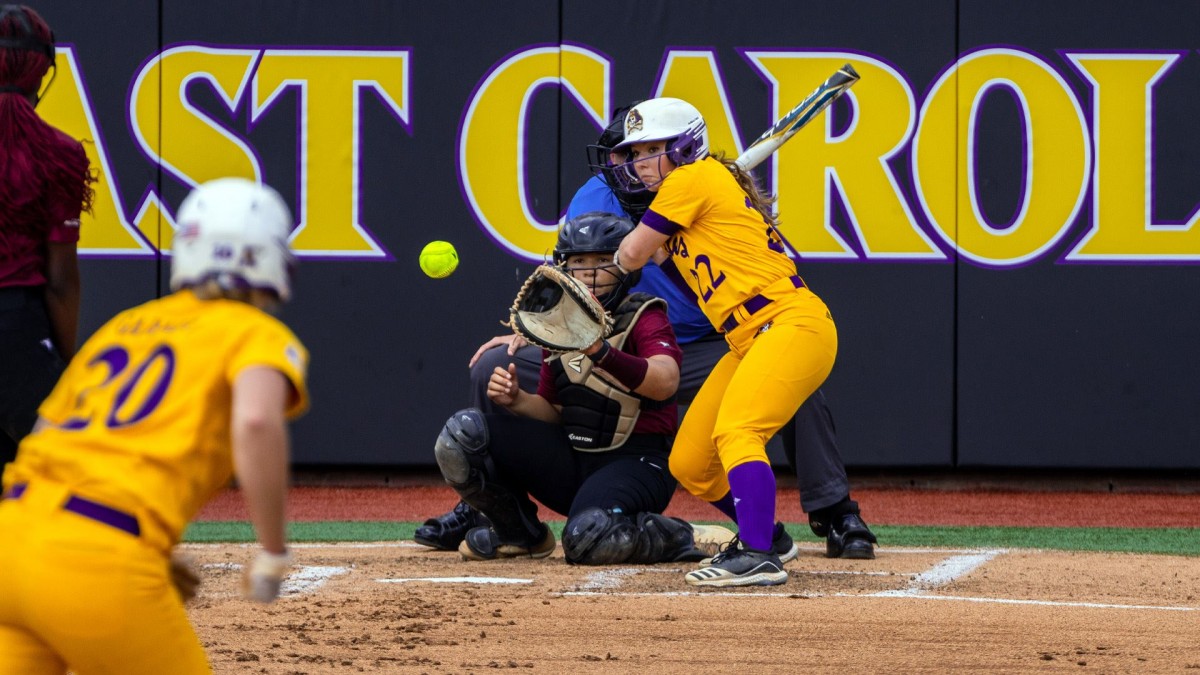 GREENVILLE, N.C.     East Carolina got back in the win column Tuesday afternoon with a 9-1, six-inning victory over North Carolina Central at Max R. Joyner Family Stadium.

Taudrea Sinnie paced the ECU offensive efforts with a 3-for-3 effort while Sydney Griggs notched the first two base hits of her career and scored a run as well as driving in one. Chandley Garner added two hits and two RBI. Madison Misfud recorded one of Central's two hits and drove in the Eagles' only run.

Jordan Hatch (2-11) was the victorious pitcher, tossing five innings and allowing just one run on two hits. She also struck out a career-high nine batters. Anisa Reynolds (1-6) took the loss after surrendering seven runs on 12 hits with two walks and two strikeouts in 4.2 frames of work.

Sinnie led off the bottom of the first with an infield single before scoring on a Garner RBI base knock to give the Pirates an early 1-0 lead. After the Eagles tied the score on Misfud's solo home run in the top of the second, East Carolina exploded for five runs on six hits to seize control and propel itself ahead 6-1.

Ledvina would extend the Pirate lead to 7-1 with an RBI double in the fourth before Griggs' infield single to short plated Garner in the fifth to make it 8-1. Garner finished the job in the bottom of the sixth with a sacrifice fly that enacted the run rule.
Go Back