Let's keep this simple! Tomorrow afternoon and evening (between 3:00pm through 11:00pm) severe thunderstorms, with damaging straight line winds in excess of 60mph, hail, torrential rain and large quantities of cloud to ground lightning are possible anywhere in Beaufort County. The exact track of the cold front center could still change, but tornadoes are possible as this strong cold front passes through the county. We must remain vigilant and weather aware tomorrow.

I recommend that all agencies secure or relocate anything that could be moved or lifted as a result of straight line winds that could exceed 60mph. If employees are caught out on the road they should seek shelter inside a sturdy building. Vehicles moving 45mph on the road could easily find themselves in the ditch if a 60mph cross wind strikes their vehicle. The vehicle could even become airborne and land several feet from the roadway on its top.

It is very likely there will be power outages during this event if the cold front proceeds on its current course. Everyone should take the necessary steps in preparation for such an event while preparing their work place or home and family. First responders: We will be closely monitor the wind conditions and provide that information to responding units. "You can't help our citizens, if you don't arrive on the scene safely!" If the winds do reach greater than 50mph this office request that all use of the US 17 high level bridge be discontinued by all emergency vehicles as high profile vehicles (ambulances or fire trucks) will become very unstable on the bridge. 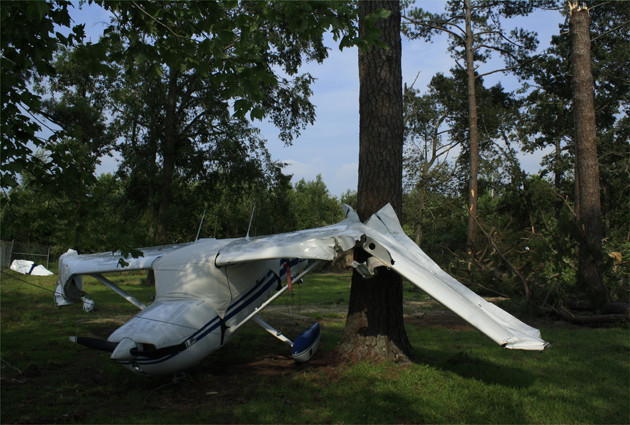 The last derecho to assault Beaufort County, as evidenced by these two images, made quite a mess and claimed the lives of two folks: Above and below.     photos by Stan Deatherage 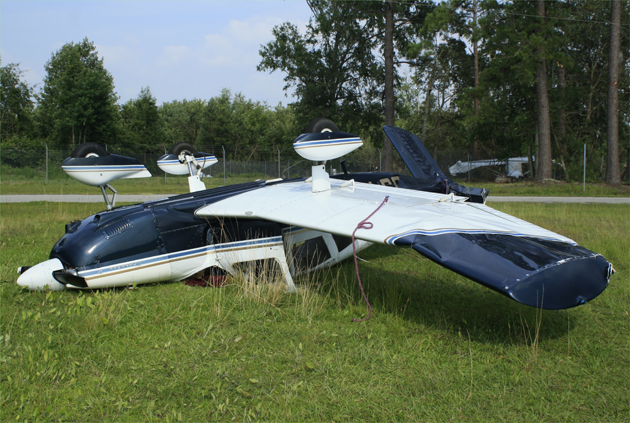 We will keep you updated as the NWS helps us determine if further life safety measures need to be implemented. "Stay alive by being Weather Aware!" I know you have been hearing this storm front has the ability to create a "derecho" and we have enclosed a brief definition for your review. Some derecho's have spawned straight line winds of 128mph during storm events in Wisconsin and Michigan in 1998. (I know, I had never heard of "derecho" as a weather event either!)

Definition of a derecho

•   A derecho (pronounced similar to "deh-REY-cho" in English, or pronounced phonetically as "") is a widespread, long-lived wind storm that is associated with a band of rapidly moving showers or thunderstorms. Although a derecho can produce destruction similar to that of tornadoes, the damage typically is directed in one direction along a relatively straight swath. As a result, the term "straight-line wind damage" sometimes is used to describe derecho damage. By definition, if the wind damage swath extends more than 240 miles (about 400 kilometers) and includes wind gusts of at least 58 mph (93 km/h) or greater along most of its length, then the event may be classified as a derecho.

Thank You for your attention.