Beaufort County Health Department's all hazards emergency plans include the before, during and after preparations for hurricanes. Health Department staff assists in the Emergency Operations Center, work in shelters, provide public health protection in the aftermath from flooding, lack of power sanitation, safe food service, immunization and vector control, and provide some messaging templates.

An article from the University of North Carolina-Chapel Hill was recently published about research done here in Beaufort County on "Social Factors Effect on Hurricane Irene Evacuations in Beaufort County." This cross-sectional stratified two-stage cluster sample of 205 Beaufort County residents looked at social factors such as social control, social cohesion, social capital and whether residents chose to evacuate or not. 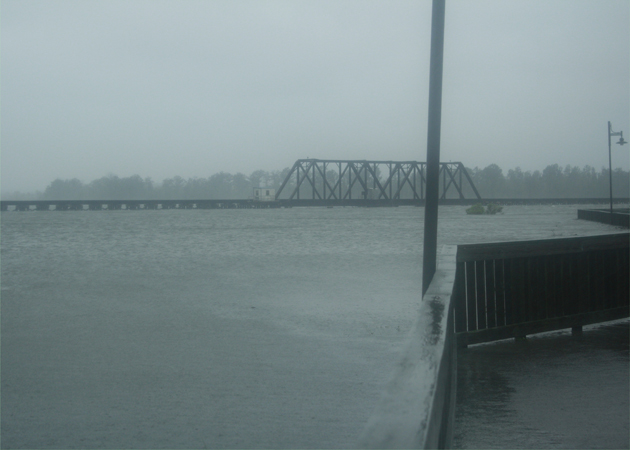 Hurricane Irene blows into downtown Washington, North Carolina: Above. And then the aftermath below: Below.     photos by Stan Deatherage 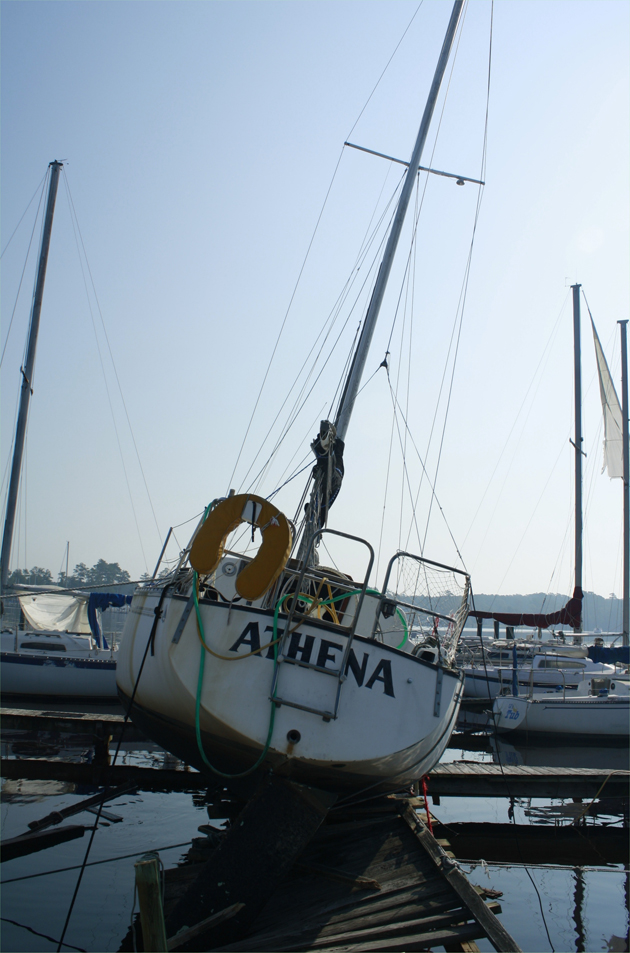 The research asked questions such as "I would intervene if I saw looting after a hurricane or other disaster" and "People who live in the neighborhood can be trusted," to measure social control, cohesion, and capital. Responses for these questions were assigned point values based on response such as Very True (2 points), Somewhat True (1 point), and Not True at All (0 points). Point totals determined level of social control, cohesion, or capital. Similarly, in a county survey for the 2011 Community Health Assessment residents in Beaufort County were asked, "Would you evacuate due to a large scale disaster or emergency" and most responded "yes." Those who would not evacuate said so due to concern of leaving property behind (23.4%), and leaving pets (20.9%).

The UNC research study concluded there was a dose-response association between level of perceived risk and evacuation. There were no significant associations between demographic and social factors and evacuation. Those who perceived their risk as high were more likely to evacuate than those who felt their risk was medium or low. This information can help lead discussion among county disaster partners in developing more tailored, effective, targeted messages to encourage our resident's safety should evacuations be necessary.

Keeping all hazard plans up to date and ensuring the most beneficial tailored message is disseminated is key to helping to protect the health of our public. Tips to prepare for emergencies can be found on our website; www.bchd.net. The UNC-Chapel Hill study article can be accessed at http://currents.plos.org/disasters/article/social-factors-as-modifiers-of-hurricane-irene-evacuation-behavior-in-beaufort-county-nc/